JAMES P. PINKERTONDid you ever see movie Escape From New York? The crime-news of today bring that decades-old film back to mind.

Starring Kurt Russell, Escape From New York, released in 1981, had a wild premise: Manhattan had become so crime-ridden that authorities simply built a wall around it, turning the island into a giant prison.  That was an okay solution until Air Force One crashes there; the president survives the crash, and so a motley crew of commandoes led by Russell must rescue him.

Okay, so that’s not the most plausible of premises. And yet without a doubt, the depiction of New York City as a hellhole was simply true; the crime rate at that time was as high as a skyscraper. In 1981, there were 2,166 murders in the city, and 1,214,935 serious crimes overall—that was more than one serious crime for every six residents. So we can see, in a Hollywood way, the scenario that New York City was a menace to the innocent and law-abiding was perfectly plausible.

Yet beginning in the 1990s, the movie became implausible. Why? Because the crime rate started falling. Fast. Rudy Giuliani, the crime-fighting mayor from 1994 to 2002, was the turnaround figure, bringing in a new chief of the NYPD, Bill Bratton, who used data, as well as tough tactics, to bring crooks to heel. And for a time, the successors of Giuliani and Bratton were happy to keep riding on their positive momentum. By 2017, the number of murders and serious crimes in the city had fallen by three-quarters. 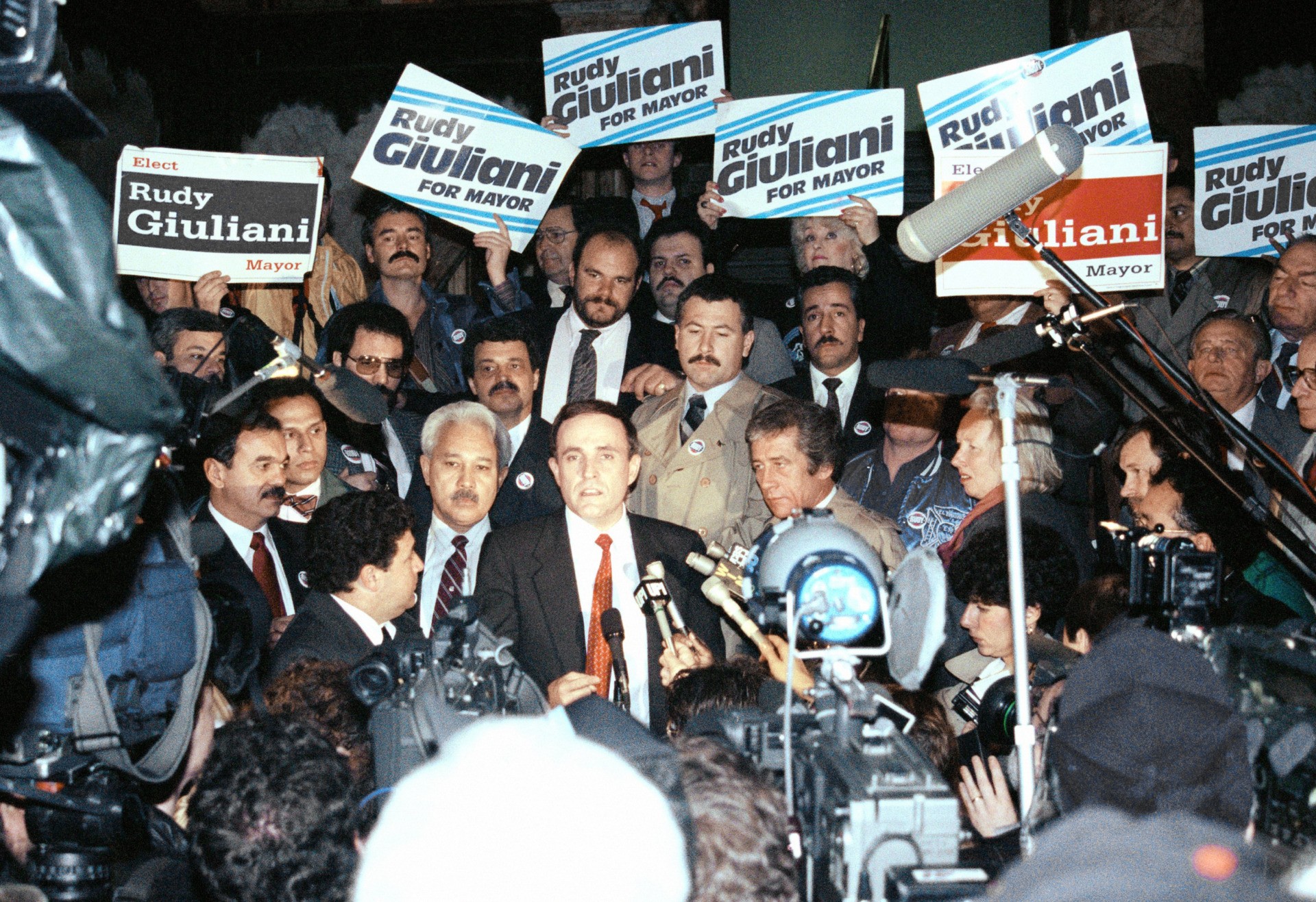 Yet then came widespread wokeness, Black Lives Matter, and defund the police. And so in the past few years, crime in New York City has spiked.  (And elsewhere, too, of course.)

So now comes news that might make Hollywood think that it’s time for an Escape From New York reboot. On January 4, the New York Post scooped that the new district attorney for Manhattan, Alvin Bragg, doesn’t really believe in prison:

In his first memo to staff on Monday, Alvin Bragg said his office “will not seek a carceral sentence” except with homicides and a handful of other cases, including domestic violence felonies, some sex crimes and public corruption.

We might observe that “carceral” is the politically correct way of saying “prison.” The Post continued, describing the new procedures that Bragg has in mind:

Assistant district attorneys must also now keep in mind the “impacts of incarceration,” including whether it really does increase public safety, potential future barriers to convicts involving housing and employment, the financial cost of prison and the racial disparities over who gets time, Bragg instructed.

The idea, of course, is not to put the guilty in jail or prison. Peter Moskos, a realistic criminologist at Manhattan’s John Jay College, looked at Bragg’s memo and pronounced, “This seems like a big deal”—as in, a major policy shift. 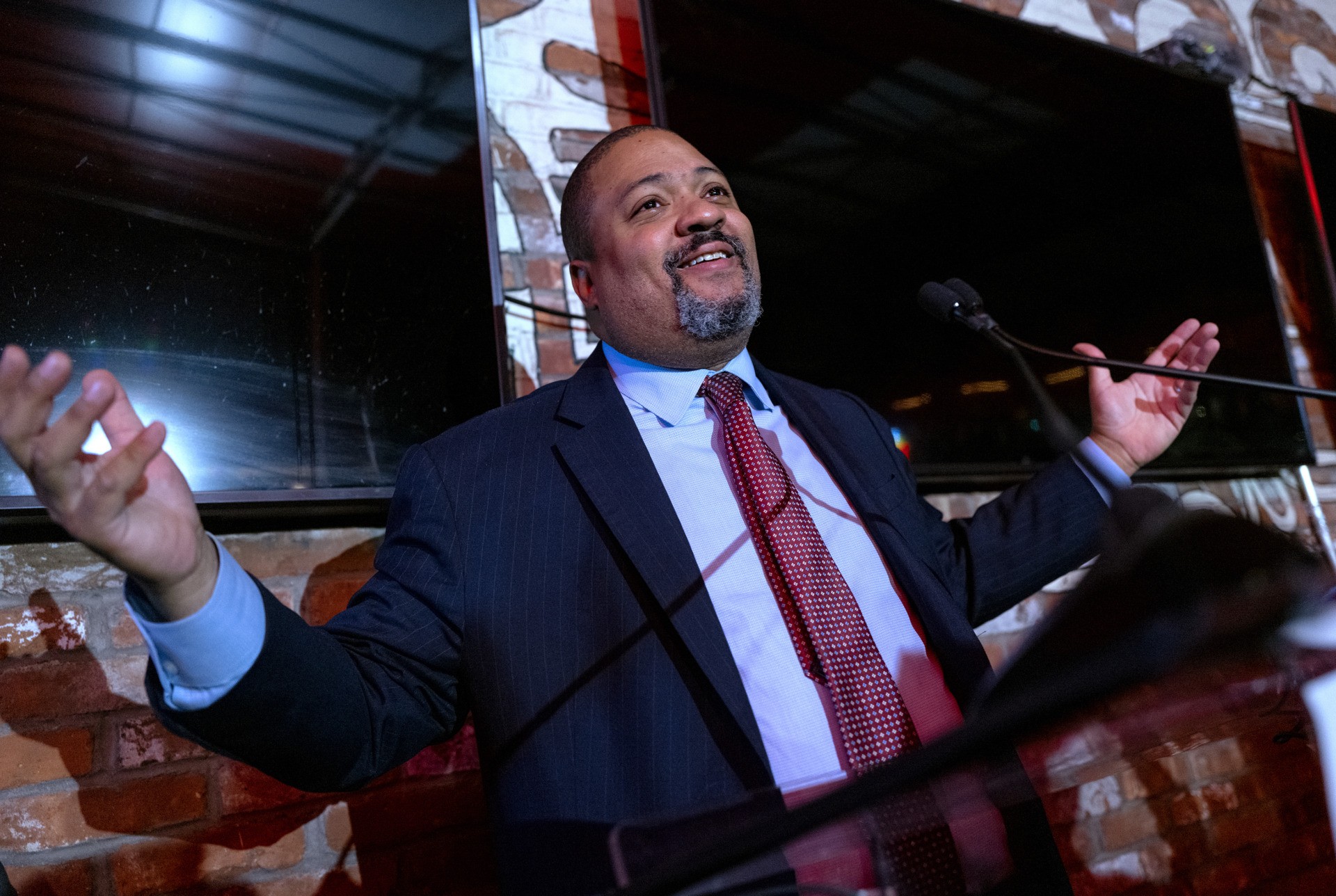 In addition, as the Manhattan Institute’s Thomas Hogan points out, according to his own memo:

Bragg will immediately begin de-prosecuting certain offenses, refusing to punish violations of certain duly enacted criminal laws. These include resisting arrest, trespassing, fare evasion, marijuana possession, driving with a suspended license, and any traffic violation. Manhattan apparently must accept disorder on the sidewalks, streets, and subways; and the police must prepare for resistance at every arrest.

Yes, resisting arrest is no longer rated as an offense. Got that, crooks?

Yes, Bragg is another one of those prosecutors who opposes law enforcement. Others include San Francisco’s Chiesa Boudin, Chicago’s Kim Foxx, and Philadelphia’s Larry Krasner.   And in each case, just as night follows day, the local crime rate has zoomed. Yes too, Bragg is another George Soros production. Last year, one of the left-wing billionaire’s front groups gave Bragg $1 million.

In the blunt phrasing of Sen. Tom Cotton (R-AR), “Soros prosecutors are a threat to the safety of every American.”  (One wonders if a crime victim could sue Soros for damages.  He’s doing great harm, and he certainly has deep pockets.)

New York’s “prosecutor” announced that armed robbery is now only a misdemeanor offense.

In the meantime, it’s easy to see what’s going to happen in Manhattan. The cops will arrest someone for, say, robbery, and the suspect will laugh, smug in the knowledge that he’ll get a slap on the wrist and nothing more. Maybe the perp will plead guilty—why not?—confident that he’ll be out on the streets again in an hour or two. In return for his right to roam once again, all the bad guy has to do is check in on some “counseling” program—although, of course, if he doesn’t, well, that’s okay. Soon enough, the cops will get the message: why risk a lawsuit or even their lives to bust someone when it doesn’t do any good? (The academic term for this phenomenon is “de-policing,” and it’s already observable across the nation.)

And so the crime rate will soar to 1981 levels—and beyond.

This is not what the people of New York City want. Last year, they voted for Eric Adams for mayor; Adams is a tough-minded Democrat, having spent 20 years in the NYPD; he ran on an explicitly law-and-order platform, aiming to reverse the recent crime-spike.  Last July, for example, he said that safe communities are “the prerequisite to prosperity.”  And in a swipe at performative wokeness, he jibed, “It’s time for us to stop believing that we should have the right tweets. We should have the right safe streets.”

Adams knows that you can’t have safe streets without criminals being physically removed from said streets.  So there’s a collision coming, between law-and-order Adams and his colleague in city government, no-law-and-no-order Bragg. 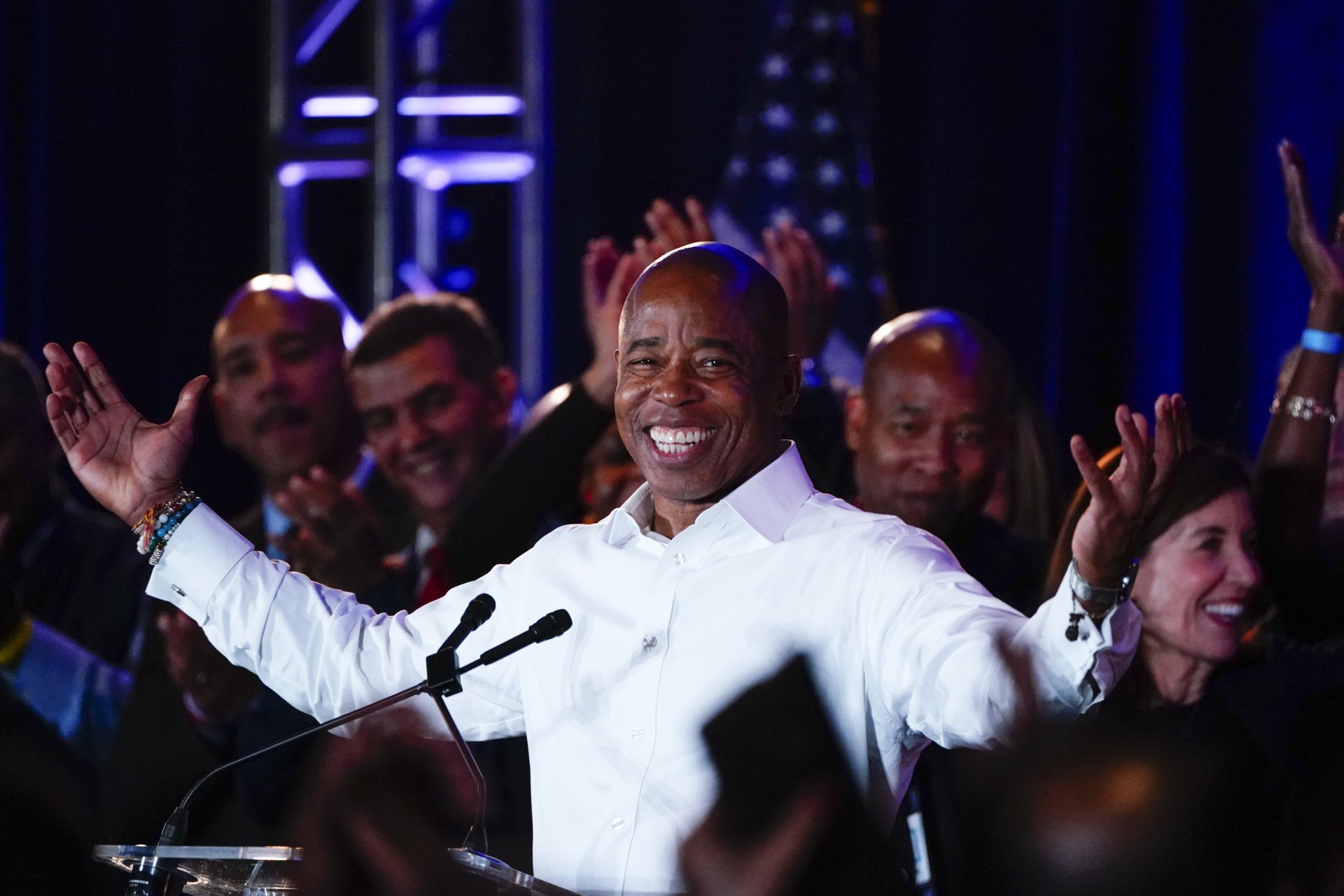 And yet at the same time, Adams is a Democrat. And so maybe he can’t criticize Bragg too much, because let’s face it: opposition to the punishment of criminals is a substantial current in Democratic thinking. And that led Rep. Nicole Malliotakis, the lone Republican in New York City’s Congressional delegation, to point to Adams’ “mixed messaging” on crime.  Yes, he has talked tough, and yet at the same time, he has praised Bragg. Malliotakis predicts “New York City is going to see now…unfortunately, a move toward the anarchy of Portland, the murders of Chicago, the smash-and-grabs of San Francisco.”

So what will Mayor Adams do? It’s possible that he will talk tough while nevertheless allowing Bragg to loose anarchy. In which case, for New York City, it’s disaster and dégrOn the other it’s possible that Adams means what he says and wants to do a good job and make the city safe. And so maybe he will find a way to pressure Bragg into doing his job. Admittedly, such a pressure-campaign is a long shot, because, after all, Bragg works for Soros.

If so, then Adams—joined by all others who want a safe future for Manhattan—will have to look for some sort of workaround.  Perhaps the mayor can create some sort of parallel prosecution system in Manhattan, hiring his own prosecutors, outside of the DA’s office. Or perhaps he can manage to send Manhattan’s serious criminal cases to the district attorneys of the city’s other four boroughs, Brooklyn, Queens, The Bronx, and Staten Island.  Those DAs are all Democrats, but they aren’t Sorosian. And if that doesn’t work, perhaps New York State can step in. Or perhaps the federal Justice Department.  They’re all Democrats, too, but still, just about anything would be an improvement over Bragg.

If the new mayor can’t do something, then the scenario of Escape From New York will once again seem plausible.