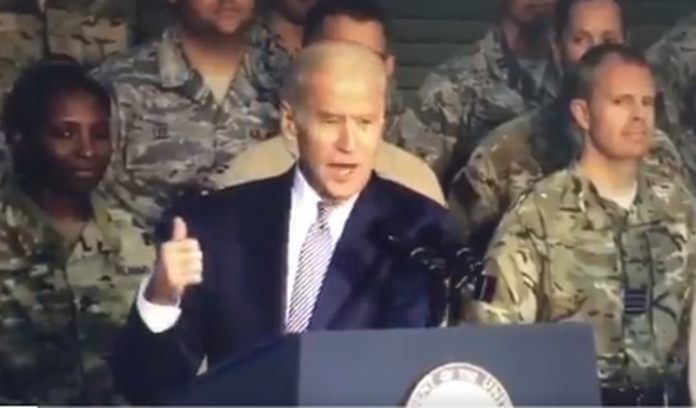 “I have incredibly good judgment,” says Biden. “One, I married Jill, and two, I appointed Johnson to the academy. I just want you to know that.”

When nobody reacts, Biden adds “Clap for that, you stupid bastards.”

He then calls the soldiers a “dull bunch,” adding “It must be slow here, man.”

Wow. Democrat Presidential candidate Joe Biden called our troops “stupid bastards” in 2016. How did this video stay hidden for so long? There’s only one stupid bastard in this clip and it’s definitely not any of our troops… pic.twitter.com/YZ99utMx30