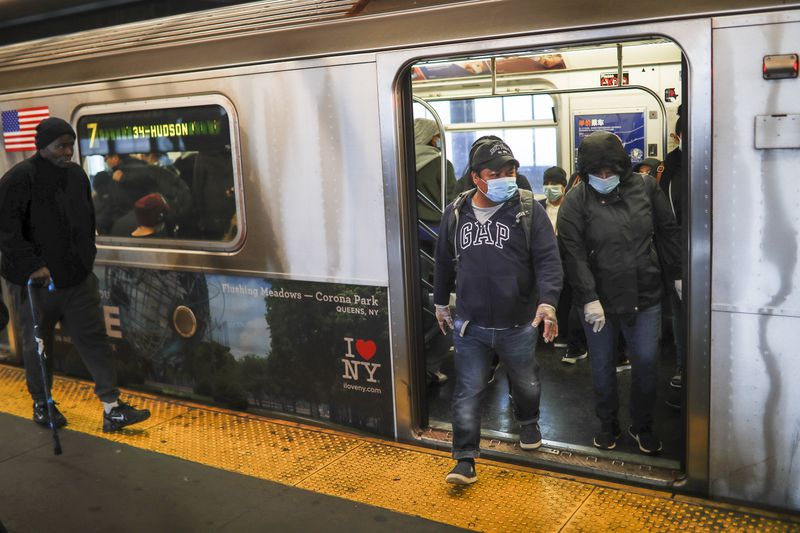 “What oil is to Saudi Arabia our workforce is to New York,” 92nd Street Y CEO Seth Pinksy said Friday. “It is our most valuable natural resource. It is the fuel to our economic expansion. If we lose that workforce, we will have trouble recovering no matter what we do.”

Pinsky was a panelist Friday on a virtual forum called “Restarting NYC’s Economy” hosted by the Center for an Urban Future, Crain’s reported

The group made some startling predictions, the flight of millions of City residents, due to the pandemic.

Center for Urban Future wrote in a recent analysis: The current crisis is likely to have a particularly devastating economic impact on the four boroughs outside Manhattan. This analysis shows that many of the industries suffering the most catastrophic early setbacks from efforts to contain the virus—including restaurants, retail, personal care services, childcare services, and air transportation—are overrepresented in Brooklyn, Queens, the Bronx, and Staten Island. Recent growth trends may have exacerbated these vulnerabilities: While the city’s decade-long economic boom resulted in significant job growth across the city, a larger share of the job gains outside Manhattan were in these hard-hit industries.

Small business are being devastated because the coronavirus shutdowns. The question remains, will people simply leave the city when the pandemic is over? It is clear based on the statistics around the country, New York City was clearly hit the hardest. One must contemplate what exactly is it about NYC that resulted in the huge numbers of people who are infected and who died from this hidden killer?

NYC is obviously a hotspot for tourists from all corners of the globe, so that definitely contributed to the rapid spread. There is another factor, very few people are discussing. New Yorkers count disproportionately on public transportation to get to work. Based on how the virus spreads, its almost of certainty that the reliance on public transportation was one of the main contributors to the startling COVID-19 numbers in NYC.

An MIT economics professor and physician Jeffrey Harris, points to a parallel between high ridership “and the rapid, exponential surge in infections” in the first two weeks of March — when the subways were still packed with up to 5 million riders per day — as well as between turnstile entries and virus hotspots. He concluded the trains were a major discriminator of the virus.

A quick look at the numbers, nationwide only 5% of Americans relay on public transportation to get to work,  in NYC  39% use the subway, 23% drive alone, 11% take the bus, 9% walk to work, 7% travel by commuter rail, 4% carpool, 1.6% use a taxi, 1.1% ride their bicycle to work, and 0.4% travel by ferry, according to MTA numbers. That is a big difference between NYC and the rest of the country, over half of city residents take public transportation.

The City over the last decade, under Bloomberg and de Blasio have heavily pushed public transportation and essentially made it impossible to drive into Manhattan to work, by eliminating parking spots and making the streets very driver unfriendly. The quest for a “green city” definitely resulted in the staggering coronavirus numbers.

The question remains, will people flee now that the outer boroughs are devastated with loss of business and jobs and will those who travel by transportation,  to the city from the outer boroughs, realize the trains were the biggest contributor to the spread and pack their bags for a different lifestyle. In order to maintain the Middle- and Working-class population, the City will have to be run differently.