By BY DAVID ISAAC(JNS) Pro-Israel groups working on campus agree that the situation for Jewish students is growing steadily worse. Just this fall, anti-Semitic incidents erupted at campuses across the country—from vandals desecrating a Torah scroll at George Washington University to a student at the University of New Mexico hospitalized after being attacked by a group shouting anti-Semitic slurs.

One in three Jewish college students said they personally experienced anti-Semitism in the last academic year, according to the Anti-Defamation-Hillel (ADL) Campus Anti-Semitism Study: 2021.

Aviva Rosenschein, CAMERA’s International Campus Director, told JNS: “It’s gotten much worse since I started in 2008 with CAMERA—much worse. It’s much more intimidating on the campuses.”

Rosenschein said CAMERA is represented on campus by Fellows, of which there are one to two per campus. CAMERA also works with students through its CAMERA on Campus Coalition. The coalition includes independent, pro-Israel student organizations, which CAMERA supports with funding for programming and educational materials. CAMERA is active on more than 80 campuses via both programs.

She described CAMERA on Campus’s strategy as two-fold: 1) to educate students on current issues; and 2) to respond to anti-Israel attacks. It’s the second where it most represents its parent organization, CAMERA, which built a reputation for its fact-based refutation of false or distorted reports about Israel in the media since its founding in the early 1980s.

“That’s our major focus I would say. There’s no other organization focusing on the campus newspapers,” said Rosenschein. The group’s Fellows respond to inaccurate articles with carefully researched ones of their own “so that the general student body is actually reading another point of view and a more factual account.”

CAMERA on Campus Fellows will also attend events by anti-Israel speakers and confront them with questions. “It’s not easy because at a lot of these events most of the attendees will be supporters of the speaker.” The Fellows will then write about those events, “fact-checking and refuting false claims spread by the speaker, sometimes exposing anti-Semitic rhetoric shared at the event,” said Rosenschein. 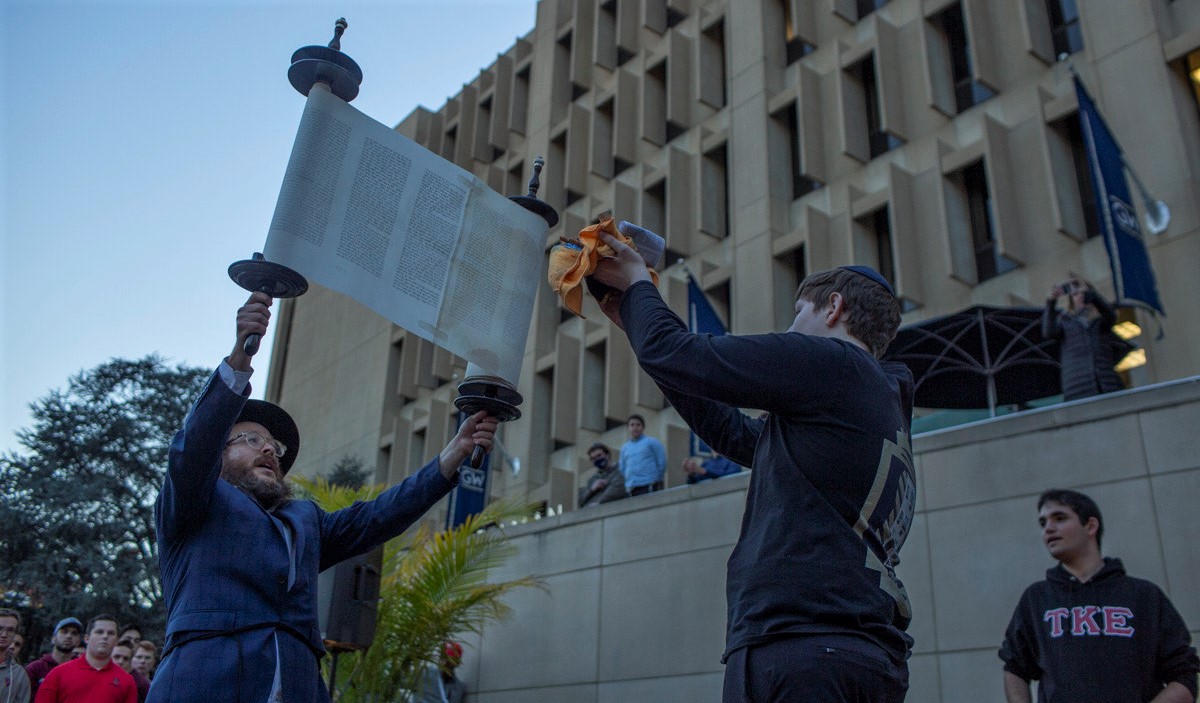 MTF, founded in 2015 by Miriam and Sheldon Adelson to counter the growing BDS movement on U.S. campuses, focuses on coalition-building. “The only way we can really hope to change anything on campus is by building coalitions with influential student groups and members of student government,” Brog told JNS.

Brog, a longtime pro-Israel activist and former executive director of Christians United for Israel (CUFI), said methods that once worked no longer do, blaming what he calls an “increasingly siloed political environment” as “people really just make friends with those who share their political worldview and consume media and social media that affirms their worldview.”

The default political worldview on campus is far-left, and within that worldview Israel sits squarely in the negative, he said.

His organization has found that the most effective tool to shake people out of their political comfort zones is a trip to Israel. The trip isn’t primarily for Jewish students. The group brings campus leaders, those “who influence the direction of the political debate on campus.” (Brog said there are typically 20 such leaders at each school.)

“The difference between the anti-Israel narrative they’ve been fed and the reality, even on a bad trip, is transformative.”

“If you get them on a bus where they’re actually seeing Israel and hearing from Israelis and Palestinians, well, then they’re going to be exposed to something they’ve never been exposed to before, and likely never would have been exposed to,” he said. 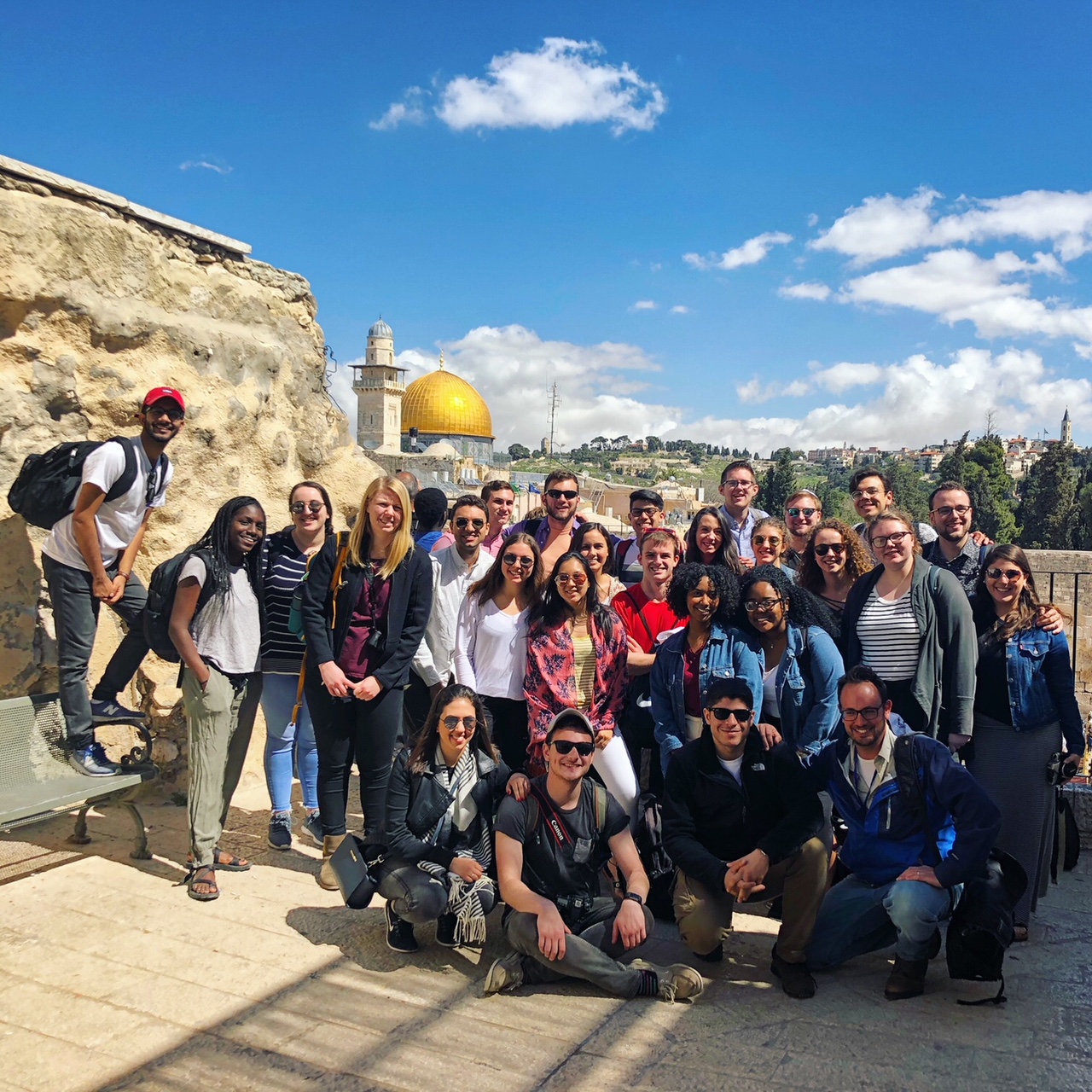 The trips are also the most effective way to build coalitions, said Brog. Accompanying the campus leaders on the trip are pro-Israel students from the same schools, who build relationships with them on the trip and maintain them once they return.

Another group that’s become active on campus in recent years is the Israeli-American Council (IAC), an organization of first- and second-generation Israelis in America. Founded in 2007, IAC became active on campuses in 2012 with its college program, Mishelanu, which focused on Israeli culture. Mishelanu introduced an Activism Ambassadors fellowship that centered on political issues  in 2020.

Justin Feldman, national activism manager for Mishelanu, said the program already has a presence at almost 100 colleges. Its main focus is convincing pro-Israel students to become more engaged in student government in the hope of creating a campus environment friendlier to Jews and Israel.

Mishelanu also focuses on what Feldman calls a personalized approach to Israel education.

“We tend to find that students come from a range of backgrounds in their education about Israel and the Middle East,” he said, noting that one student may be well-versed in Israel’s diversity but know little about the inner workings of the Knesset, for example. “That’s why we have put together customized, personalized Israel-education bundles—materials, resources, books, fact sheets, films and other educational resources—for each student based on topics that they choose.”

Mishelanu is represented by ambassadors on campus. They receive a stipend and are required to host at least two events per semester, plus one social-media campaign or in-person event on a topic that they choose related to anti-Semitism or Israel. Mishelanu has focused its outreach on Israeli-American students (though it has since branched out to include Jewish American and Christian students). Feldman said that in the year 2020-21, of 24 campuses that passed the IHRA’s (International Holocaust Remembrance Alliance) working definition of anti-Semitism, 12 were pushed forward by Mishelanu activists.

‘They are indoctrinating the students’

Feldman, Brog and Rosenschein agree that the main anti-Israel groups are Students for Justice in Palestine (SJP), a pro-Palestinian student activist group, and Jewish Voice for Peace (JVP), a pro-BDS, anti-Israel group, whose goal is weakening American Jewish support for Israel. J Street U, while claiming to be pro-Israel, also tends to be hostile.

Rosenschein said the biggest problem on campus is the faculty. “The professors are definitely— if not the main source—one of the key sources of the anti-Zionism that we’re seeing spread throughout the campus. They are indoctrinating the students.”

She says faculty advisers encourage students to form anti-Israel organizations and intimidate students in Middle East studies classes if they have a different perspective.

“The professors are a huge problem that has been an issue for decades but recently has openly exploded,” said Rosenschein.

To deal with the problem, CAMERA has formed the CAMERA Education Institute, which reviews professors’ syllabi, refutes them when necessary, and is also in the process of creating its own syllabi to offer to schools.

Feldman views anti-Israel students as the main problem in the short term, but agreed that the faculty is changing for the worse and sees professors as the biggest problem in the long term.

Brog differs, stressing that one of the main problems on campuses today is the woke, progressive worldview. Almost everyone who leans progressive embraces an anti-Israel narrative, he said, and “it creates an enormous challenge for us now because it’s not a matter of trying to counter a bad professor or an SJP event. Now, we’ve got to push back against an entire political worldview.”