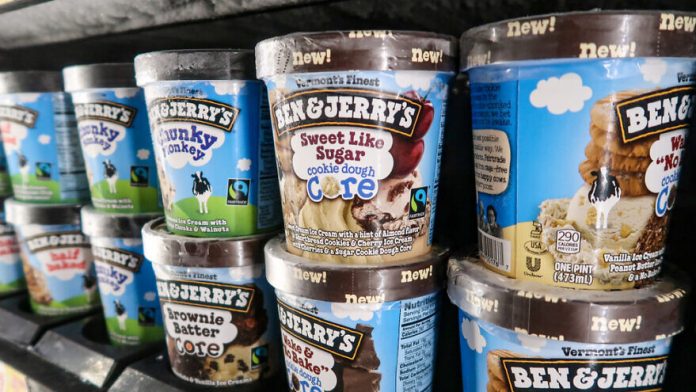 Ben & Jerry’s announced on Monday that it will end sales of its ice-cream in “occupied Palestinian territory.”

In a statement posted on the company’s website, the ice-cream brand said that it believes “it is inconsistent with our values for Ben & Jerry’s ice-cream to be sold in the Occupied Palestinian Territory (OPT),” claiming that “we also hear and recognize the concerns shared with us by our fans and trusted partners.”

“We have a longstanding partnership with our licensee, who manufactures Ben & Jerry’s ice-cream in Israel and distributes it in the region. We have been working to change this, and so we have informed our licensee that we will not renew the license agreement when it expires at the end of next year.”

The decision generated a strong backlash from Israel’s leadership from across the aisle.

Opposition leader Benjamin Netanyahu reacted to the decision, tweeting: “Now we Israelis know which ice cream NOT to buy.”

Interior Minister Ayelet Shaked of the governing Yamina Party also condemned the decision, saying “Your ice-cream brand doesn’t match our tastes. We’ll be fine without you.”

In a statement, Yossi Dagan, head of the Samaria Regional Council, also slammed the company, saying “the residents of Samaria and this land will stand strong long after Ben & Jerry’s ice-cream melts and disappears from the world.”

He added that “we won’t give in to this anti-Semitism, which has permeated American Jewry” in an apparent swipe at the co-founders of Ben & Jerry’s, Ben Cohen and Jerry Greenfield, who are Jewish.

Cohen and Greenfield sold the company to British multinational food giant Unilever in 2000. Despite being sold to a multinational, the Vermont-based company, which touted a diverse range of ice-cream flavors, has long been associated with progressive values and politics.

Cuomo to Be Arrested Next Week and Charged with Groping Misdeamonor

Report accuses Jill Biden of plotting to get rid of Kamala