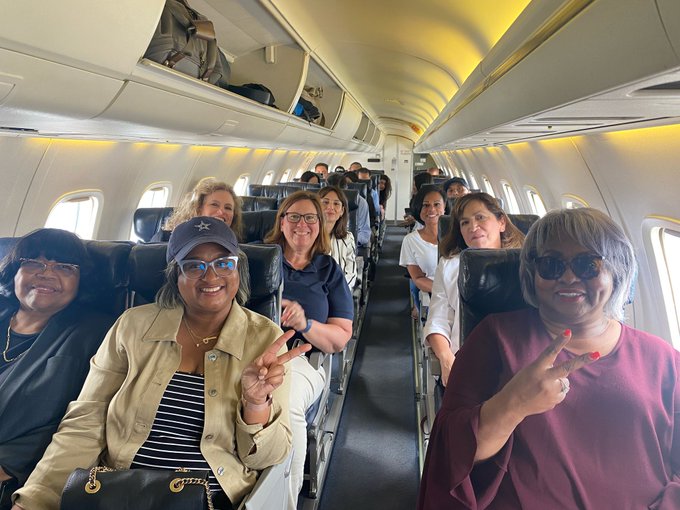 A further two members of a Texas Democratic Party delegation of lawmakers who flew to Washington in response to a GOP overhaul of election laws have tested positive for COVID-19, officials said Sunday.

Of the more than 50 lawmakers who fled Texas, five have tested positive for COVID-19, the disease caused by the CCP (Chinese Communist Party) virus. All five members are fully vaccinated against the virus, the Texas House Democrat Caucus said in a statement.

The caucus said that “all of the HDC Members who tested positive are feeling good, with no symptoms or only mild symptoms.” The statement didn’t name which members had tested positive for COVID-19.

“I will be tele-working with my colleagues, staff, partners, and allies. We’re planning more good trouble, and hope to make announcements soon,” Fischer said in a statement. “Democracy is in jeopardy, and we will not be stopped in our fight to protect it.”

The vice president’s senior adviser and chief spokesperson Symone Sanders said in a statement Saturday that Harris met with two members who tested positive but that she was “not at risk of exposure.”

“Based on the timeline of these positive tests, it was determined the Vice President and her staff present at the meeting were not at risk of exposure because they were not in close contact with those who tested positive and therefore do not need to be tested or quarantined,” the spokesperson said.

Harris visited Walter Reed National Military Medical Center hospital on Sunday for a medical appointment that was unrelated to the COVID-19 diagnoses, her office said.

News of last week’s walkout, planned to stymie efforts to pass election reform legislation, was first reported by NBC News and later confirmed by Texas Democratic Party Chair Gilberto Hinojosa. The group traveled to Washington via a chartered flight and provided a photo of themselves—maskless—on the plane.

It prompted Texas Gov. Greg Abbott to announce on July 12 that he will continue Special Sessions, citing a poll that showed more than half of Texans oppose walkouts.

“Texans Oppose Walkouts to Avoid Votes. No one else gets paid to walk off their job. Quitters never win,” the Republican governor said on Twitter last week. “We will continue successive Special Sessions until elected representatives do what they were elected to do—debate issues & cast votes.”

The walkout followed a Texas state House committee vote on July 11 to push forward legislation that would bring back a number of voting integrity-related proposals that failed to pass during the previous session. Senate lawmakers advanced their version of the voting bill later that day in a committee vote.

The two bills have been described by Republicans as necessary to combat voter fraud and election irregularities.