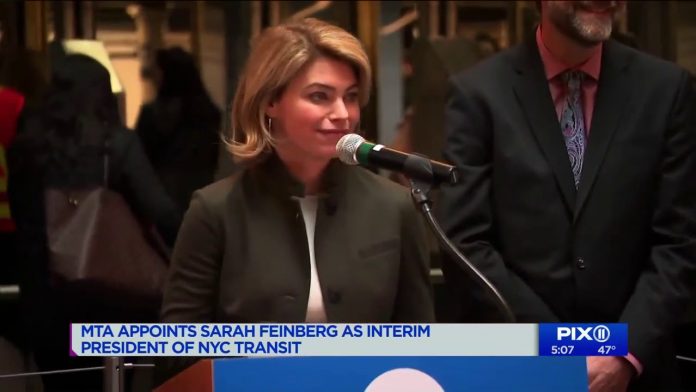 New York City subway ridership continues to suffer amid the COVID-19 pandemic.  As reported by the NY Post, Subway ridership this month was only about 70 percent of what it was in February 2020, and NYC bus ridership fell 50 percent.

On Sunday,  the MTA’s interim Transit Chief Sarah Feinberg blamed the low ridership on the media, saying it was news outlets who instilled people with fears about contracting COVID-19 on trains.  “[The subway system] was really ill-served by some of the early coverage of the pandemic,” Feinberg told ABC 7, noting news footage of packed subway trains when the pandemic first broke out.  “So I think people started thinking, the last place I want to be is in a crowded subway car,” she said.

Feinberg said that data shows that public transportation has not been a hot spot for contracting the deadly virus.  “Well, fast forward a year, there’s now been study after study that shows that the subway system, the transit system, not just in New York but really everywhere, is really not a place that’s vectoring the virus,” she said in the interview.

Last week, the subway systems had another drop in ridership, following a string of subway assaults which left two homeless riders dead and others injured. This Feinberg blamed on city officials.  “The subway system is safe – yet as we have been saying for more than two years, we’re concerned about the uptick in certain crimes and the significant lack of mental health assistance available to those who are clearly experiencing a crisis,” Feinberg said Saturday.  “The City is responsible for policing the subway system and for providing social and mental health services. We have been asking City Hall and the NYPD to step up those resources for years.”  After the killings, the MTA requested that the NYPD add 1,500 more police officers to the transit, police officials vowed to add 500 officers.  The MTA has also stationed private security at the 181st Street A train station, where the violence occurred.

Though Feinberg did not mention it, another factor for the low ridership, has been the loss of NYC jobs and the increasing number of people still working remotely from home.  As per the Post, some 550,000 New Yorkers lost their jobs over the last year.

A study commissioned by the MTA has predicted that subway ridership is not slated to return to pre-pandemic levels until at least 2024.