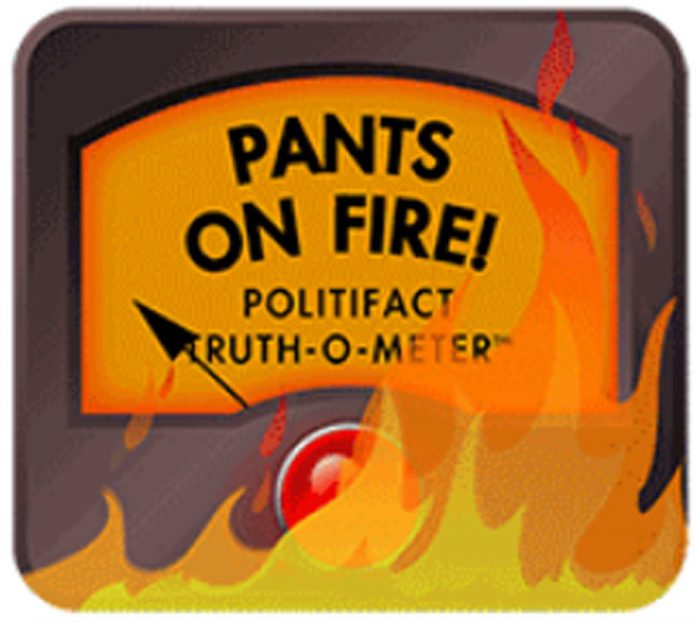 Facebook “fact-checker” PolitiFact was forced to issue a correction after conservative commentator Candace Owens challenged the “false” rating tacked on to a recent video she posted about former Vice President Joe Biden.

“Correction: PolitiFact originally labeled this video false in our capacity as a third-party fact-checker for Facebook,” PolitiFact announced last week.

“Anybody who understands politics, who passed a basic level of civics knows that right now, in this moment, Joe Biden is literally and legally not the president-elect,” said Owens in her video that was falsely “fact-checked” by PolitiFact.

“This information cannot be fact-checked, because that is the truth, so they cannot take that off, they cannot censor that. It is a fact,” continued Owens in her video.

In August, Owens announced that she would be suing Facebook over its “blatant censorship” after the social media platform demonetized her page following her comments about senator Kamala Harris (D-CA) swearing into congress in 2017 as an “Indian-American.”

“I am SO EXCITED that we get to watch [Kamala Harris], who swore into congress as an ‘Indian-American’, now play the ‘I’m a black a woman’ card all the way until November,” Owens had quipped on social media. “Fun times!”

At the time, Owens told Breitbart News that Big Tech “censorship issue is real and we haven’t done enough to fight it as conservatives.”

“All they [fact checkers] have to do is find one opposite opinion, and they can give you a false rating,” Owens explained. “You have to send a legal letter every time to get it reversed.”

Owens took to Twitter on Saturday to celebrate her first victory in the case against the social media giant.

“Weeks ago, @Facebook censored a post of mine which truthfully stated that @JoeBiden is NOT the President-elect. So I got lawyers involved. Conclusion? @PolitiFact uncensored the post & admitted that they LIED by rating my post false. The fact-checkers are lying for Democrats,” tweeted Owens.

“At 8 months pregnant, I, unfortunately, cannot fight on the ground alongside patriots like I am used to, but I am taking every measure to fight these communists in the courtroom,” she added. “It is my goal to expose these lying ‘fact-checkers’ one by one. @JoeBiden is NOT the President-elect.”

Weeks ago, @Facebook censored a post of mine which truthfully stated that @JoeBiden is NOT the President-elect.
So I got lawyers involved.
Conclusion? @PolitiFact uncensored the post & admitted that they LIED by rating my post false.
The fact-checkers are lying for Democrats. pic.twitter.com/l2rrLxzku7

“It is time to fact-check the fact-checkers,” said Owens. “I’m going to put these suckers through discovery and figure out what the relationship is that they have with Facebook.”

The conservative firebrand added that she has also launched a website called “Fact-Check Zuck,” which people can visit to help support her legal efforts in taking on Facebook’s fact-checkers.

“Our freedoms are being stripped away. The overlords of Big Tech are determining what Americans can and cannot say, share, like, and post,” the site reads. “Support our legal efforts today as we fight back against Facebook’s fact-checkers, confronting those who are suppressing free speech, thought, and expression across our great country.”

Watchdog calls for transparency from University of Pennsylvania’s Biden Center