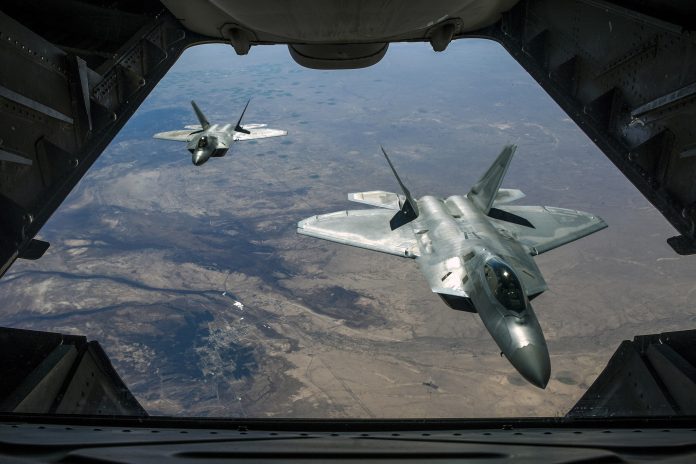 President Trump reportedly asked advisers last week about the possibility of launching a strike against Iran as the Middle Eastern nation continues to stockpile enriched uranium. He asked for missile strike options during the Oval Office meeting on Thursday—but was ultimately convinced that an attack would be unwise since it could lead to an even greater conflict as he prepares to leave the White House in January, The New York Times reports.

The advisers—which included Vice President Mike Pence; Secretary of State Mike Pompeo; acting Defense Secretary Christopher C. Miller; and Joint Chiefs of Staff Chairman Gen. Mark A. Milley—reportedly left the meeting under the impression that Trump was no longer considering a missile attack. The news comes after a leaked U.N. document showed that Iran’s stockpile of enriched uranium, a material that’s used in nuclear weapons, has increased tenfold in volume.

Any attack by the United States against Iran would face a “crushing” response, an Iranian government spokesman has said, following the report that Trump last week asked for options for attacking Iran’s main nuclear site.

“Any action against the Iranian nation would certainly face a crushing response,” Ali Rabiei said on Tuesday in remarks streamed on an official government website, according to the Reuters news agency.

On Monday, the New York Times reported that Trump had asked his close aides what “options were available” to take action against Iran’s key nuclear site in a meeting last week.

But his advisers warned such a move during his last weeks in office could escalate into a bigger conflict, the Times reported.

Reuters reported that the meeting on Thursday took place shortly after inspectors reported a significant increase in Iran’s stockpile of nuclear material, the report said, citing four current and former US officials.

“Mr. Trump asked his top national security aides what options were available and how to respond,” the newspaper reported, citing officials.

The report said the attack would have likely targeted Natanz, the centerpiece of Iran’s enrichment program, which Tehran says is only for peaceful purposes, according to Reuters.

Last week AP reported that Iran continues to increase its stockpile of low-enriched uranium far beyond the limits set in a landmark nuclear deal with world powers and to enrich it to a greater purity than permitted, the U.N.’s atomic watchdog agency said.

The International Atomic Energy Agency reported in a confidential document distributed to member countries and seen by The Associated Press that Iran as of Nov. 2 had a stockpile of 2,442.9 kilograms (5,385.7 pounds) of low-enriched uranium, up from 2,105.4 kilograms (4,641.6 pounds) reported on Aug. 25, according to the AP report.

The nuclear deal signed in 2015 with the United States, Germany, France, Britain, China and Russia, known as the Joint Comprehensive Plan of Action, or JCPOA, allows Iran only to keep a stockpile of 202.8 kilograms (447 pounds).

The IAEA reported that Iran has also been continuing to enrich uranium to a purity of up to 4.5%, higher than the 3.67% allowed under the deal, according to the AP report.

Iran has openly announced all violations of the nuclear deal in advance, which have followed the decision by the U.S. to pull out unilaterally in 2018.

The deal promises Iran economic incentives in exchange for the curbs on its nuclear program. Since the U.S. withdrawal and imposition of new sanctions, Tehran has been putting pressure on the remaining parties with the violations to come up with new ways to offset the economy-crippling actions by Washington, as was reported by AP.

At the same time, the Iranian government has continued to allow International Atomic Energy Agency inspectors full access to its nuclear facilities, a key reason the countries that remain parties to the JCPOA say it’s worth preserving.

The goal of the agreement is to prevent Iran from building a nuclear weapon, something the country insists it does not intend to do.

AP reported that a widely cited analysis by the Washington-based Arms Control Association suggests that Iran now has more than double the material it would need to make a nuclear weapon. Before agreeing to the nuclear deal, Iran enriched its uranium up to 20% purity, which is a short technical step away from the weapons-grade level of 90%. In 2013, Iran’s stockpile of enriched uranium was already more than 7,000 kilograms (7.72 tons) with higher enrichment, but it didn’t pursue a bomb.

In the quarterly report distributed to members on Wednesday, the IAEA said it still has questions from the discovery last year of particles of uranium of man-made origin at a site outside Tehran not declared by Iran, according to the AP report.

AP reported that the United States and Israel had been pressing the IAEA for some time to look into the Turquzabad facility, which Israeli Prime Minister Benjamin Netanyahu described to the U.N. in 2018 as a “secret atomic warehouse.”

In the current report, the IAEA said the “compositions of these isotopically altered particles” found there were “similar to particles found in Iran in the past, originating from imported centrifuge components.” It said it found Iran’s response to questions last month “unsatisfactory.”

Meanwhile, on the international diplomatic front, Secretary of State Mike Pompeo who is on a seven-country tour of Europe and the Middle East met on Tuesday with the Istanbul-based spiritual leader of the world’s Orthodox Christians during a short trip to Turkey that raised the ire of Turkish officials and included no meetings with any of them, as was reported by the AP.

He tweeted out pictures of him being greeted by Ecumenical Patriarch Bartholomew I, the leader of around 300 million Orthodox Christians, after being shown around the Patriarchate. He also met with the apostolic nuncio to Turkey, Archbishop Paul Russell, as was reported by AP.

Pompeo began his tour in France where he met with French President Emmanuel Macron.

The talks were to center on religious freedoms in Turkey, which has angered Ankara and prompted officials to call on Washington to focus on human rights violations in the United States, according to the AP report.

Last week, Turkey issued a sharply-worded statement criticizing Pompeo’s plans and said Washington should “look at the mirror” and deal with issues such as racism, Islamophobia and hate crimes.

But the talks went ahead, and Pompeo on Tuesday tweeted that “as leader of the Orthodox world” Bartholomew “is a key partner as we continue to champion religious freedom around the globe,” as was reported by AP.

The trip comes amid already frayed ties between the two NATO allies over a series of issues, even though Turkish President Recep Tayyip Erdogan and President Trump have maintained friendly personal ties.

Those include Turkey’s decision to purchase Russia’s S-400 anti-aircraft system, which Washington says is a threat to its F-35 fighter aircraft. AP reported that Washington has kicked Turkey out of the F-35 program and has also threatened to sanction the country.

Senior officials at the State Department said the lack of official meetings in Turkey was due to scheduling issues during the brief stop. They said meetings had been sought, but Turkish officials were unable to come to Istanbul from the capital, Ankara, during the time Pompeo would be there, as was reported by the AP. The officials noted that Pompeo and his Turkish counterpart plan to see each other in early December at a meeting of NATO foreign ministers.

Turkish media reports said Turkish officials were giving Pompeo the cold shoulder, after he allegedly refused to travel to the capital to pay an official visit, as was reported by AP.

Turkey insists that it protects the rights of citizens of various faiths to freely practice their religions even though it recently drew criticism, including from Pompeo, for reconverting Istanbul’s landmark Haghia Sophia into a mosque, ignoring calls for the former cathedral to be kept as a museum in recognition of the city’s multicultural past, according to the AP report.

AP reported that around 25 members of a left-wing nationalist group, the Turkish Youth Union, staged a brief demonstration near the Patriarchate under heavy police presence, protesting Pompeo for meeting with Bartholomew instead of state officials. The demonstrators chanted “Down with U.S. imperialism” and “Yankee go home.”

Later stops on Pompeo’s tour will include visits to Israeli settlements in the liberated lands of Judea and Samaria that have been intentionally avoided by previous secretaries of state.

According to a report on the World Israel News web site Pompeo will visit the Psagot settlement in Judea, north of Jerusalem, and travel to the Golan Heights when he arrives in Israel. It will mark the first-ever visit by an American foreign minister to an Israeli settlement. WIN reported that Psagot is located only eight kilometers (4.8 miles) north of Jerusalem bordering the Arab city of Ramallah, the seat of government of the Palestinian Authority.

Pompeo is also expected to visit the Golan Heights, possibly including the site of Trump Heights, the new town being built by Israel to honor President Trump for recognizing Israeli sovereignty over the strategic plateau.

WIN reported that Pompeo’s visit to Israel will last about three days and will constitute a kind of “heritage visit” making the key policy decisions that the Trump administration has made concerning Israel during his tenure, Walla News reported.

Veteran diplomatic affairs reporter Barak Ravid speculated that the Pompeo trip may also be “a visit of intra-American political significance in light of the possibility that he will want to run for the presidency of the United States in the future.”

WIN reported that the State Department issued a statement saying only that Pompeo will visit Israel and meet Prime Minister Benjamin Netanyahu, without specifying the itinerary.

Pompeo is traveling with his wife Susan, and the couple will make a private visit to the Qasr al-Yahud site on the Jordan River, revered by Christians as the traditional site of the baptism of Jesus by John the Baptist, according to the WIN report.

Concerning the threat that Iran represents to the already volatile region, only days before election day in the United States, President Trump’s administration approved the sale of advanced F-22 Raptor fighter jets to Israel, as was reported by Asharq Al-Awsat.

According to the report, the announcement was made by former Defense Secretary Mark Esper (who was subsequently terminated by the Trump administration) during his talks with a high-profile Israeli delegation.

I24 News reported that Washington also purportedly gave its nod to the prospect of selling precision-guided munitions to the Israel Defense Forces.

The report comes as the US appears all but set to sell the state-of-the-art F-35 stealth jets to the United Arab Emirates after it normalized its ties with the Jewish state, as was reported by i24News.

Also, before Election day it was reported that two bipartisan House legislators introduced a bill in Congress that would require the Department of Defense (DoD) to consider selling Israel bunker busting bombs capable of penetrating heavily fortified underground facilities, according to one of the bill’s sponsors.