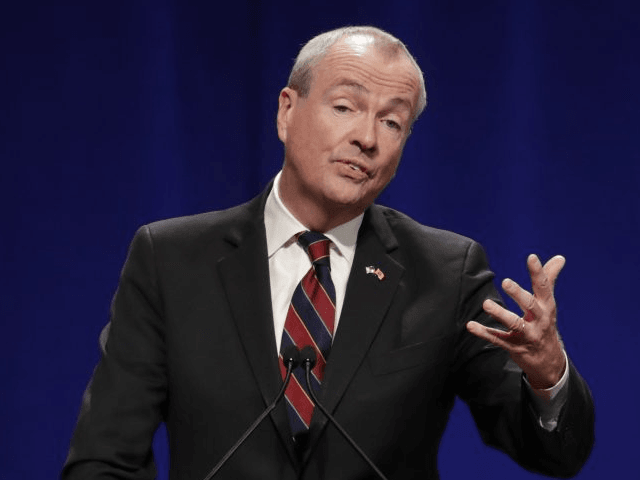 Frustrated residents confronted New Jersey Gov. Phil Murphy (D), as captured by a viral video posted Sunday, calling him a “dick” upon noticing him dining out with his maskless family — a public dinner that occurred after he opted to tighten coronavirus restrictions and urged people to keep their holiday gatherings “as small as possible.”

“Hey, how ya doing?” a woman in the video asks the governor, who appeared to be startled by the confrontation

“You’re having fun with your family, and in the meantime, you’re having all other kind of bullshit going on,” she said as another muttered, “You’re such a dick” to Murphy in the background.

New Jersey Governor Phil Murphy confronted while having dinner with his maskless family.

Someone, presumably in Murphy’s party, could be heard asking the woman to put her mask on, prompting a snappy response.

“You want to know why I don’t need a mask? Because there ain’t nothing  wrong with me,” she said.

“I like your Trump phone case. Guess who Trump likes? He likes my dad,” a young man at the table said, gesturing to the governor, who decided to put a mask on during the confrontation.

Murphy has also urged residents to keep their Thanksgiving gatherings “as small as possible” just days before publicly dining with a group of people.

“We’re urging everybody to keep their Thanksgiving plans as small as possible because we know that indoor gatherings and homes are particularly dangerous places for COVID-19 to spread,” Murphy said last week.

“The smaller the gathering is, the less likely it is that someone is infected and puts their loved ones at risk. It is that simple,” he added.

Howell Township Police Chief Andrew Kudrick Jr. is among law enforcement officers across the country who have publicly announced they will not enforce the holiday guidelines issued primarily by Democrat politicians.

“Our community is hurting. I live here. I grew up here. I shop here. I go out to dinner here. And I talk one-on-one with our business owners… and I see how much they’re hurting,” Kudrick said during an appearance on Fox & Friends Weekend.

“So as a police chief, in charge of 100-plus police officers, I felt it was just incumbent upon me just to let them know, and let my community know, that we’re not going to enforce some of these executive orders which I feel are basically draconian,” he added.