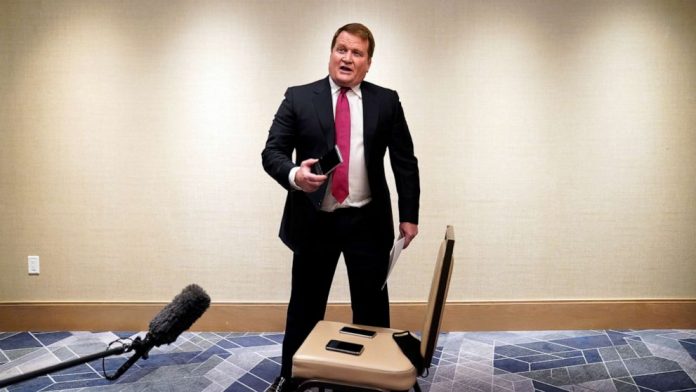 Major news outlets, including CNN, MSNBC, The New York Times, and The Washington Post have all come under fire for not reporting on the allegations being made by Tony Bobulinski about the Biden family, Fox News reports.

Bobulinski, a former business associate of Hunter Biden’s, told Fox News’ Tucker Carlson on Tuesday that he had concerns about former Vice President Joe Biden allegedly being connected to his son’s business dealings. None of the aforementioned news outlets reported on Bobulinski’s claims within 12 hours of his appearance.

“It is pretty much a 100% blackout of the Bobulinski story in the traditional media. Of course, there are lots of stories that need to be covered in the busy 2020 news agenda, but the total omission of Bobulinski’s accusations is curious, to say the least,” Jeffrey McCall, DePauw University professor and media critic, said to Fox.

“Even if this story is not front and center on the news agenda, it does need to be approached somewhere along the way. Odds are that most mainstream media outlets are devoting very few reporting resources, if any, to the Bobulinski story,” he added. “It would seem those outlets could at least be investigating the accusations to try to prove them invalid.”

William A. Jacobson, media critic and professor at Cornell Law School, added that “The easiest way to determine whether ignoring or minimizing the Bobulinski interview and documents reflects media bias is to imagine if something similar happened to [President] Donald Trump. If Bobulinski were blowing the whistle on Trump influence peddling, all the networks and newspapers would be carrying the story nonstop through election day.”

Trump: ‘We Don’t Have Freedom of the Press in This Country”- Trump Vows to Fight on