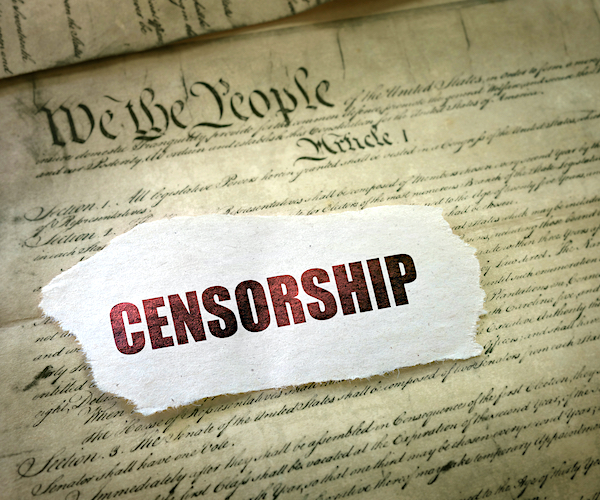 According to The Hill, the network’s parent company Warner Media rejected the ad named “We Are America” because its independent fact-checkers deemed it to be “false.”

America First Action said the ad has been approved to run on ABC, AMC, Cooking, CBS, Comcast, DIY, Discovery, ESPN, Food Network, Fox, HGTV, History, Lifetime, The Weather Channel. The group, which is backing President Donald Trump’s reelection, told The Hill, an account executive at Warner Media said the clearance team rejected the ad. That means the ad will not be allowed to run on other Turner Broadcast stations, including TNT, TBS, and TCM.

“WarnerMedia Commercial Clearance has not accepted America First Action’s advertisement ‘We Are America’ for its networks as the ad does not meet its commercial clearance standards,” the rejection email states. “Specifically, the ad asserts that Biden will raise taxes on the middle class. That claim is not adequately substantiated and has been judged false by independent fact-checkers. The advertisement also mischaracterizes Nancy Pelosi as a socialist.”

The ad shows pictures of Pelosi and Rep. Alexandria Ocasio-Cortez, D-N.Y., while stating Biden “sided with socialists.” The ad also warns Biden will “raise taxes on the middle class” and “his liberal agenda will cost millions of jobs.”

An attorney representing the group alleged the media company of censoring normal political rhetoric is “at the very least a matter worthy of debate,” in a letter to lawyers at Warner Media.

“While AFA’s opponents are, of course, permitted to purchase air time to try to rebut AFA’s claims, it is not the job of your network to censor a statement that is factually supported and relates to an important issue in the upcoming election,” wrote attorney Stephen Kenny of Jones Day. “Indeed, every other cable network is currently airing AFA’s ad. If you continue to decline to air the ad, please let us know why the factual support outlined above is insufficient.”

Biden has said his tax plan will not increase taxes for anyone earning less than $400,000.

The Hill reports Kenny’s letter points to research and analysis conducted by the Tax Foundation, Tax Policy Center, American Enterprise Institute, the Committee for a Responsible Federal Budget, the University of Pennsylvania and others who have found some middle-class households will see lower investment returns and wages because of the tax hikes on corporations proposed under a Biden administration.

“These are important policy debates that should be aired in the public square in advance of the election,” Kenny wrote.

He noted using the term “socialist” to describe Pelosi is “often used in political discourse to signify generally a set of left-leaning political positions.”

“Pelosi favors tuition-free community college, universal subsidized child care, and universal healthcare,” he wrote. “The ad does not imply she advocates for a more aggressive strain of ‘socialism’ whereby the government controls all means of production. Instead, the ad describes accurately where her positions on key issues place her on the political spectrum.”