Rand Paul Continues to Call Cuomo Out Over Handling of Coronavirus; Says it's time to Impeach - The Jewish Voice

Rand Paul Continues to Call Cuomo Out Over Handling of Coronavirus; Says it’s time to Impeach 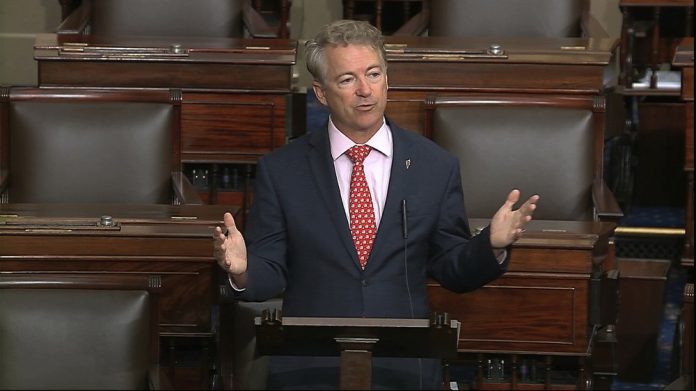 “The people we are lauding are actually making catastrophic decisions,” he said.

Rand Paul, is one of the few actually holding Cuomo’s feet to the fire, while the media and the Democrat party continue to call NYC’s  handling of the pandemic a success.

Dr Fauci, literally said Cuomo set an example for the rest of the country, and praised endlessly Cuomo’s actions, which resulted in NYC having the highest death count on the globe.

NY medical infrastructure in general has not been held accountable for the disastrous results of treating pandemic patients. NY Hospitals, in particular  Elmhurst hospital, reportedly used ventilators on multiple patients who did not need them, resulting in deaths. Several nurses, which the Jewish Voice have reported on repeatedly, have given first hand accounts of  alleged medical malpractice in NYC hospitals. Makeshift hospitals remained empty, after millions upon million of dollars were used to design them.

NYC made a lot of mistakes, and in time when the pandemic is long out of our minds, buried in the back of the local paper, the truth will continue to come out.

The nursing home debacle appears to be just the tip of the iceberg of New York’s failings,  however it is the main aspect at this time being exposed.

“I think Gov. Cuomo should be impeached … for the disastrous decision he made to send patients with coronavirus back to nursing homes. … Virtually half his people who died were in nursing homes,” Paul said on Fox News’s “Rundown” morning podcast.

This comes on the heels of Dr Paul appearing on Newsmax, laying into Cuomo’s handling of the pandemic.

Paul said Cuomo’s nursing home policy, which has since been reversed, is the No. 1 lesson other states can learn from in addressing their response to the virus.

“I think the main thing we learned is not to send people who are positive for the disease back into nursing homes,” he said, adding doctors also are now better prepared to treat the disease.

Rand, who is a doctor, predicts the death rate in states seeing a rise in cases will be lower because the age of people becoming infected is lower. He also suggested New York’s cases and death rate have both plummeted because the state has achieved some form of immunity that other states will have to work toward.

“I think what you found in New York is that we ended up having horrendous death, we had 30-some-odd-thousand people die,” he said. “Their death rate is about 1,600 per million — the highest in the country, eight times worse than Florida, 10 times worse than Texas — even now with the surge if Texas and Florida

“Perhaps the death rate is happening independent” of social distancing and other mitigation measures, he said.

“The virus has a mind of its own, and ultimately it runs its course,” Paul said.