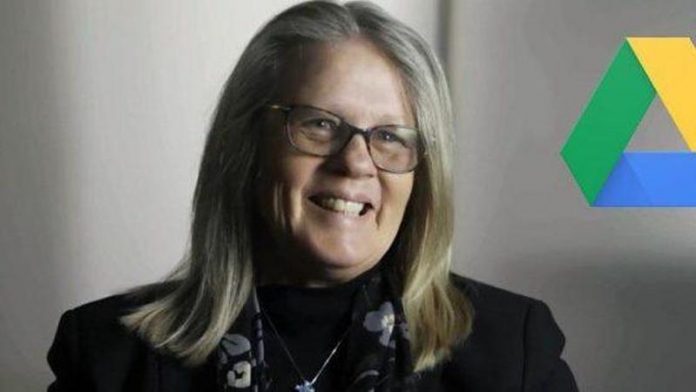 When The  Jewish Voice posted the 20 minute preview of Dr. Judy Mikovitz’ documentary “Plandemic” our website literally crashed for 24 hours straight due to huge  traffic. At the time we had no idea there was an active censorship campaign worldwide on social media to purge any video footage of the documentary.  I read the press release, looked into Mikovitz and decided she is controversial but has credentials, and being that she also had a best selling book “Plague of Corruption”, it would be an interesting tidbit to post. We included the 20 minute preview, which is literally the most censored video on the entire internet, 3 weeks later.

Judging by the traffic this little story and video brought to the site, you can safely say, when something is so harshly banned, it only draws more interest.

You can still watch most censored video in the history of the internet by clicking here,courtesy of Banned.video

It does not really matter what the woman with decades of experience including 20- years at the National Cancer Institute has to say, she is not promoting what for decades was traditionally censored, promoting murder, rape and violence, Nazi propaganda, stuff like that…

The movie is about vaccines and pandemics and her views on Bill Gates and others.  Is the 20 minute preview controversial, absolutely- is this material dangerous? Absolutely not.

It’s frightening enough that YouTube and just about every other social media platform, insisted on censoring a 20 minute preview of an unreleased documentary, but we are at a point where actual journalists are advocating for censorship. Journalists basically live by the values of the First Amendment.

Congress shall make no law respecting an establishment of religion, or prohibiting the free exercise thereof; or abridging the freedom of speech, or of the press; or the right of the people peaceably to assemble, and to petition the government for a redress of grievances

The job of the journalist is literally in the 1st Amendment. When I saw an article written by Elizabeth Dwoskin of The Washington Post, I was literally in a state  of shock.

In an article reporting on the take-down of the video, The Washington Post’s Silicon Valley Correspondent Elizabeth Dwoskin complained that after the coronavirus documentary Plandemic was censored on social media, some YouTube clips were telling users how to access “banned footage” from the documentary via Google Drive.

The journalist is not upset about the censorship, but upset that crafty YouTube users were helping people view the banned footage.  As an American, who went to journalism classes in college, I simply can not wrap my head around a journalist, advocating censorship.

This gets even more incredible. The “journalist” then brags that The Washington Post contacted Google & Google Drive took down a file featuring the trailer for the “Plandemic” documentary. In other words, the Washington Post has a writer working for them that is so vehemently anti-free speech, she contacted Google and now reports are circulating that people’s personal copies of the video are vanishing from their Google Drives !

I still have not seen the entire documentary, and I’m sure it will be banned on NetFlix, Vimeo, YouTube, Yahoo, and everywhere else.  The 20 minute preview already is the most banned video ever.  I’m sure there are some things in the film which might be incorrect or controversial, but so what? Journalists are not supposed to be in the business of censorship, especially censorship of something as innocuous as a Doctor who is against corona virus vaccines and her views on wearing masks.

I fully support taking down videos from Jihadists, Nazis etc. and sure I can see a writer contacting Google/YouTube over a Jihadist telling his flock to slaughter the infidel on YouTube,  but this is out of control.

There is no excuse for an orchestrated censorship campaign,  all over a Doctor who  shares views about  the pandemic and attacks Dr Anthony Fauci. Fauci is a government figure, we are allowed to address our grievances towards elected officials.  We are allowed to express our knowledge and scientific theories, ( Dr. Judy Mikovitz has enough credentials to share her views on vaccines and pandemics) It does not matter if her views are in the minority among her peers.

We are entering a terrifying new era , a world where censorship is common and the guardians of free speech- journalists are standing up for… censorship !

Welcome to the new normal

If You Still Believe J Street is Pro-Israel, You’re (Pea)Nuts!