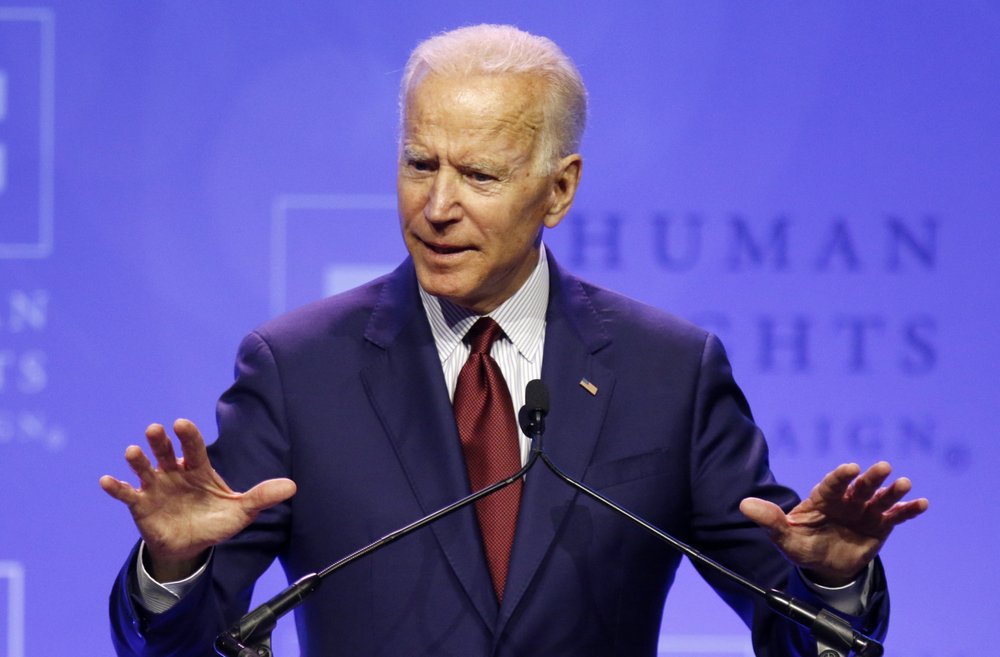 Joe Biden has been asked 81 questions in over two hours worth of media interviews since a former staffer in his U.S. Senate office accused him of sexual assault three weeks ago. He hasn’t fielded a single question about the allegation.

Biden has sat for 10 interviews with major news outlets since March 24, when his former aide, Tara Reade, accused him of pinning her against a wall and penetrating her with his fingers in 1993 when she was a staff assistant in his office.

None of Biden’s 10 interlocutors have asked him to comment on the allegation. On Sunday March 29, for example, Biden sat for a wide-ranging nine-minute interview with Chuck Todd on Meet the Press during which he was asked about the coronavirus response, sanctions on Iran, whether Sen. Bernie Sanders (I., Vt.) should drop out of the Democratic primary, and President Donald Trump’s approval rating—but not Reade’s allegation. He also managed to avoid questions about Reade’s allegation from George Stephanopoulos the following Sunday, a primetime interview with CNN’s Chris Cuomo, an appearance on NBC’s Today Show with Craig Melvin, and two interviews with MSNBC’s Nicolle Wallace.

Biden himself has yet to address the accusation from Reade, who formally filed a criminal complaint with the Washington, D.C., police last Thursday. Biden spokeswoman Kate Bedingfield said in a statement that Reade’s allegations are false and the incident never happened.

“What is clear about this claim: It is untrue,” Bedingfield said in a statement. “This absolutely did not happen.”

Democrats have made clear that the the sexual assault allegation against Biden will not affect their willingness to rally around him. In the weeks since Reade’s allegation, Biden has cemented his status as the presumptive Democratic presidential nominee and secured the endorsements of his fiercest primary opponents and former president Barack Obama.

It also appears that Democrats will lean on an investigation of Reade’s claim by the New York Times, which “found no pattern of sexual misconduct by Biden” during its investigation. Sen. Tammy Baldwin (D., Wis.), asked about the allegation after formally endorsing Biden, indicated it wasn’t a concern, pointing to the outlet’s failure to find “corroboration.”

There’s a statement that Joe Biden and his team have put out and there is a report, I believe in the New York Times, indicating that there’s not corroboration,” Baldwin said, according to a reporter for the Milwaukee Journal Sentinel. The New York Times did not, however, report that there was no corroboration. Two friends of Reade and her brother told the paper that Reade told them of a “traumatic sexual incident” involving Biden shortly after it happened.

Reade’s new allegation was first revealed by the Intercept, which reported on March 24 that Time’s Up Legal Defense Fund, an organization formed during the #MeToo movement to support victims of sexual assault, declined to take up her case against Biden because he was running for president. The group, which is closely affiliated with top Biden adviser Anita Dunn, said working on an allegation against a federal candidate for office could threaten its nonprofit tax status.

Shortly after the report, Reade went into detail about the alleged incident with Biden in an interview with journalist Katie Halper.  Reade said she resisted the advance by Biden, who responded by saying, “Come on, man, I heard you liked me,” before telling Reade, “You’re nothing to me.” She also said she was retaliated against in the workplace after the incident and immediately told a friend what happened.

Though his campaign has flatly denied Reade’s allegation, Biden himself argued less than two years ago during the 2018 confirmation hearings of Supreme Court justice Brett Kavanaugh, who faced an accusation of sexual assault that nearly derailed his nomination, that you should believe all claims of sexual assault, especially in high-profile situations.

“For a woman to come forward in the glaring lights of focus, nationally, you’ve got to start off with the presumption that at least the essence of what she’s talking about is real, whether or not she forgets facts, whether or not it’s been made worse or better over time,” Biden said in September 2018.

Reade was one of seven women who in 2019 came forward to accuse Biden of unwanted touching that made them uncomfortable. Biden responded to the allegations by saying he “will be more careful” of women’s personal space in the future, but declined to apologize, saying he never knowingly did anything wrong.

“I’m sorry this happened, but I’m not sorry in the sense that I think I did anything that was intentionally designed to do anything wrong or be inappropriate,” Biden said during an April 2019 appearance on ABC’s The View.

The New York Times admitted following its report that it edited its piece on Reade’s allegation after complaints from the Biden campaign to remove a reference to Biden’s pattern of “hugs, kisses and touching that women previously said made them uncomfortable.”