‘A lot of pain.’ NY has biggest 1-day jump in virus deaths - The Jewish Voice

‘A lot of pain.’ NY has biggest 1-day jump in virus deaths 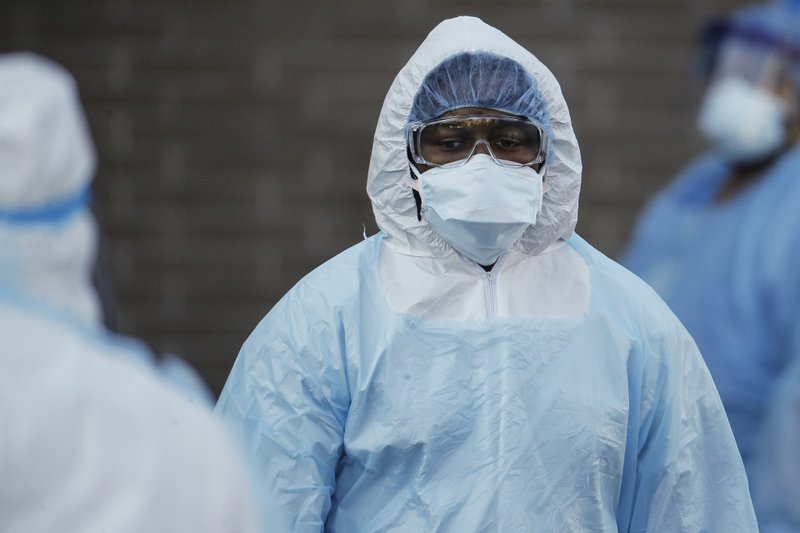 Doctor: Police put me in psych ward for COVID ‘misinformation’

The state’s death toll since the beginning of the outbreak is now 5,489 deaths.

“That’s 731 people who we lost. Behind every one of those numbers is an individual. There’s a family, there’s a mother, there’s a father, there’s a sister, there’s a brother. So a lot of pain again today for many New Yorkers,” Cuomo said at a briefing at the state Capitol.

State and city officials are cautiously optimistic the surge is beginning to level off.

Looking at New York City, the epicenter of the outbreak, more people have now died from the coronavirus than perished in the Sept. 11 attack on the World Trade Center. At least 3,202 people have been killed in the city by the virus, according to a new count released by city health officials Tuesday.

The deadliest terror attack on U.S. soil killed 2,753 people in the city and 2,977 overall, when hijacked planes slammed into the World Trade Center, the Pentagon and a field near Shanksville, Pennsylvania, on Sept. 11, 2001.

The coronavirus has again made New York ground zero in a national tragedy and the center of a crisis that is reshaping Americans’ lives, liberties and fears.

9/11 transformed society. … You had a sense of vulnerability that you never had before, which I feel to this day,” Cuomo said during a coronavirus briefing last month. “There was a trauma to 9/11. But as a society, as a country, we have been blessed in that we have not gone through something as disruptive as this.”

The coronavirus death toll has mounted over the course of just a few weeks. The city recorded its first on March 13, less than two weeks after confirming its first infection.

Here are other coronavirus developments in New York:

A crew member of a Navy hospital ship sent to New York City for the coronavirus outbreak has tested positive for the disease.

The USNS Comfort crew member tested positive Monday and was being isolated, the Navy said in a prepared statement. The positive test will not affect the 1,000-bed hospital ship’s mission to receive patients, according to the Navy.

The Comfort has treated about 40 non-COVID-19 patients since arriving in the city last week, prompting complaints it was doing little to help overburdened hospitals in the area.

President Donald Trump said Monday he agreed to take COVID-19 patients aboard the ship after speaking with New York Gov. Andrew Cuomo. Federal officials say emergency patients will now be seen on the ship, whether or not they have the virus, though the ship can only isolate only a small number of patients.