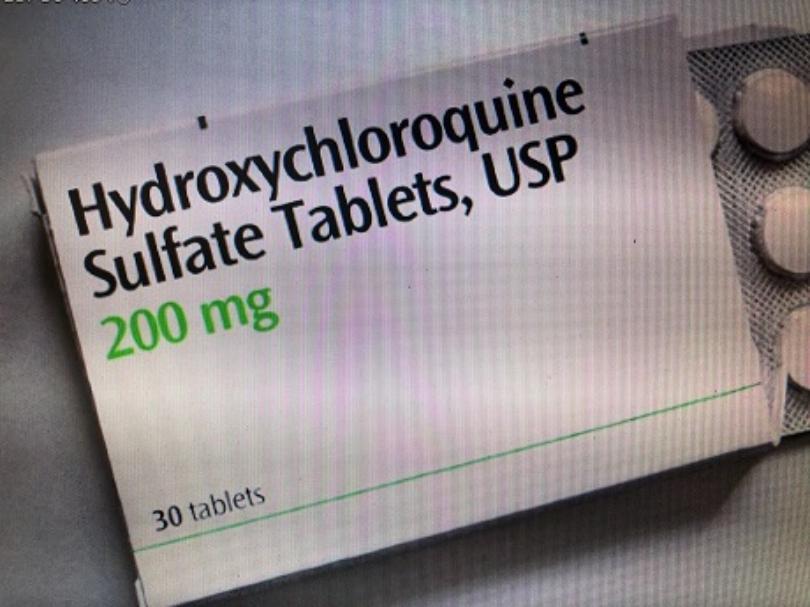 “In this crisis, I realized I had to do something,” Alam said. ” I realized if this was my dad, what would I do? And I would do anything I could to help.”

Hydroxychloroquine has become a political talking point for the anti-Trump leftist media for the last 3 weeks. The second President Trump touted the malaria fighting drug as a promising option in treating coronavirus, the corporate media went into a feeding frenzy.   CNN, MSNBC and such pseudo-journalistic laughingstocks like  The Daily Beast, Vox and the rest went on the hard-anti-Trump attacks.  The corporate media instantly accused Trump of endangering everyone’s lives for even uttering the word Hydroxychloroquine.

When an Arizona man died from drinking aquarium cleaner containing the drug which was not the pharmaceutical version, instantaneously the media with their usual online clickbait, blamed this man’s death on Trump.  Trump never told anyone to go out and consume the drug without a doctor’s prescription or drink aquarium cleaner, however this did not stop the stream of disinformation.

Even as Governor Cuomo publicized that the drug is being used in NY and has been effective in press conferences, the media harped on and on. You Tube began pulling videos down from any doctor who claimed Hydroxychloroquine worked on their patients.  One can conclude the media and social media outlets were more concerned with trying to demonize Trump than people’s safety and well-being. Any glimmer of hope was instantly squashed by the leftist overlords, who place politics over anything else.

The NY Post reported: Alam said he decided he could not apply the touted combination of the antimalarial hydroxychloroquine and antibiotic azithromycin because the side effects could be potentially fatal for his high-risk patients, many of whom had underlying heart issues.   So instead, Alam replaced azithromycin with another decades-old antibiotic that doesn’t pose any known risks to the heart. “Doxycycline is an anti-inflammatory with properties similar to azithromycin but without the safety concerns and without cardiac toxicity,” he said. “So I decided why not choose that?” added Alam, a board-certified internist, who shared the results of an observational report consisting of 47 patients he treated.

The Post also reported:  Alam began treating his patients, 45 of whom had tested positive for the coronavirus after they developed a high fever, shortness of breath and cough. He received permission from their families before starting them on the medications, which have not yet undergone randomized controlled trials.  “The majority had clinical improvement,” said Alam. “We had very good outcomes.”

Alam said that 38 of 47 patients treated returned to their baseline and their symptoms resolved. Seven of the patients were transferred to a hospital and two died. Alam noted that an 87-year-old woman with hypertension and coronary issues beat the virus. “Her daughter was so thankful that I didn’t need to transfer her to a hospital.”

“At the end of the day we feel like we sent fewer patients to the hospitals, we saved ICU beds and we saved some of the ventilators at the hospital,“ Alam said.