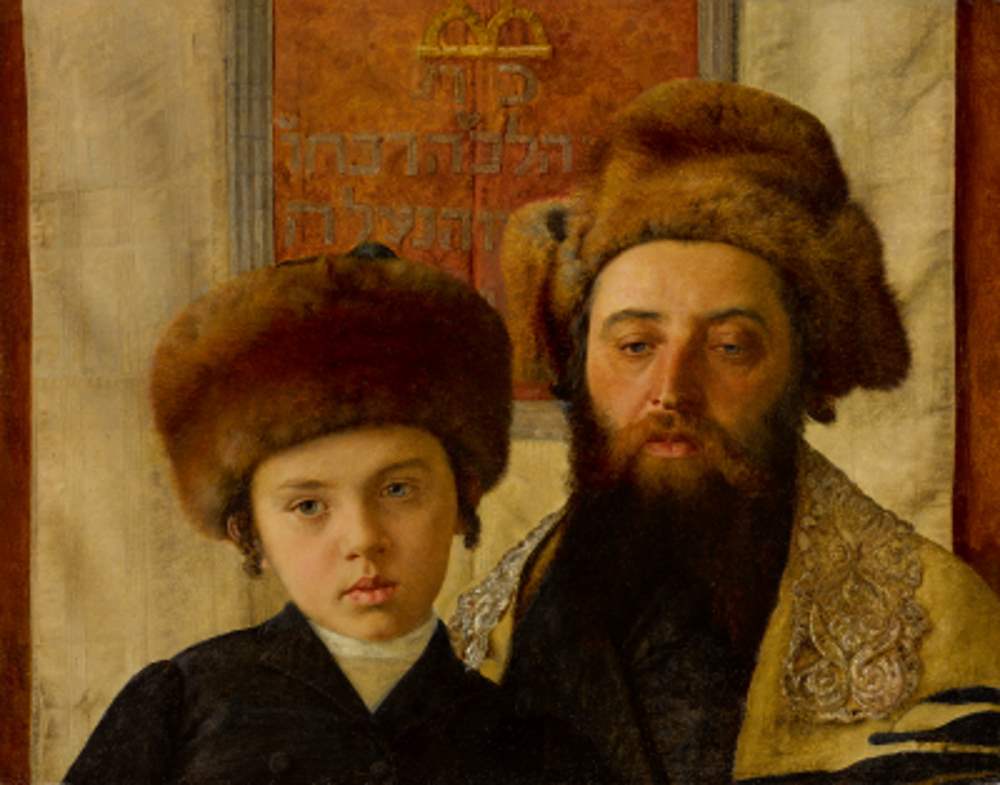 Driven by demand from private collectors and cultural institutions, Sotheby’s Important Judaica auction totaled $2.7 million in New York. From ceremonial silver to important manuscripts and fine art, below is a look at some of the exceptional items that drove these results.

The Museum of Fine Arts, Boston acquired two of sale’s top offerings of silver – a Pair of German Parcel-Gilt Silver Torah Finials from Hamburg circa 1688-89 which sold for $500,000 and A Pair of Large English Parcel-Gilt Silver Torah Finials by British Silversmith Edward Aldridge from 1764 sold for $187,500. Both pair of finials stand out for their exceptional rarity and notable provenance, the latter of which were sold to benefit The Central Synagogue, London and were formerly in the famed collection of Philip Salomons – brother of the first Jewish Lord Mayor of London – who was one of the first collectors of antique Judaica in England.

Isidor Kaufmann’s sensitive Portrait of a Rabbi with a Young Pupil achieved $375,000 (estimate $300/500,000). One of the most important Jewish painters, Kaufmann gained wide recognition in Vienna during his lifetime. Renowned for his ravishing detail, this double portrait reflects the deep spirituality of a centuries-old tradition which the artist  witnessed during his summer trips to Galicia and Eastern Poland.

After much pre-sale excitement, the collection of nearly 300 postcards from American Jewish hotels and resorts from the 20th century sold for $8,750 (estimate $7/10,000). Assembled over the course of 20+ years by a private collector, the selection provides a panoramic view of Jewish leisure culture in America, depicting the grounds and amenities available at reports frequented by Jews not only the Catskill Mountains, but also in various vacation spots in Connecticut, Florida, Maine, Massachusetts, Michigan, New Hampshire, New Jersey, and even North Carolina.

The Exodus of Jews from the Muslim World