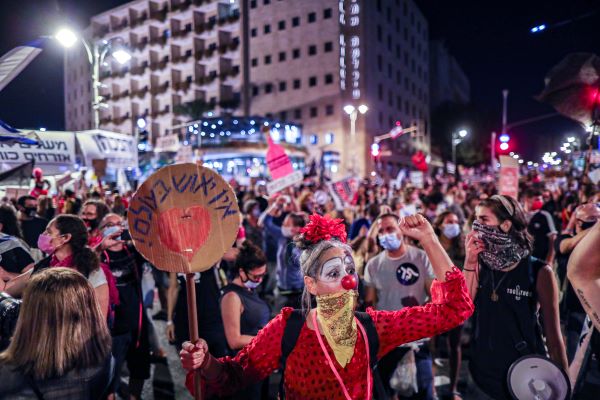 “We’re done being upset by the outcome of the [Nov. 1] election. We’re going to fight for our country,” said Lapid in a statement.

Lapid on Monday shot back at Netanyahu’s accusation that his call on municipalities to flout the incoming government’s directives amounted to sedition.

“[Prime Minister-designate] Netanyahu said this week that the fact that I am calling on the heads of the authorities not to cooperate with [Noam Party leader Avi] Maoz is sedition. There is no limit to this man’s shamelessness,” Lapid said at a Yesh Atid meeting.

“If you think what I’ve been saying the last few days is rebellious, I have news for you; You ain’t seen nothing yet,” he added.

Netanyahu had denounced Lapid for “attempting to incite rebellion among army officers and mayors against the elected government under our leadership.”

Netanyahu’s comments came in response to Lapid’s call on municipalities “not to cooperate with the unit for external programs and promotion of partnerships in the Ministry of Education, as long as it is under the control of MK Maoz.”

On Nov. 27, Netanyahu assigned Maoz to head that department, to be established under the next government.

The appointment sparked backlash due to Maoz’s anti-LGBTQ agenda.

For his part, Maoz described Lapid’s actions as an attempt to prevent Netanyahu from forming the legitimately elected government.

“In recent days, a wild public campaign has been carried out by the left with the authorization of Yair Lapid and the media,” he said. “It’s a campaign of a minority which lost in the election against the national majority that had its emphatic say at the ballot box. This campaign is no less than incitement to rebellion,” he added.

Meanwhile, outgoing Defense Minister Benny Gantz’s National Unity Party this week announced the formation of an opposition body called The Struggle for the Character of the State, geared towards combating the Netanyahu government’s policies.

“We will not be silent. We will fight together for the character of the state, in education, the judicial system, and the IDF,” Gantz said in a social media post announcing the group.