Parshas Shelach – We Are Not Grasshoppers - The Jewish Voice 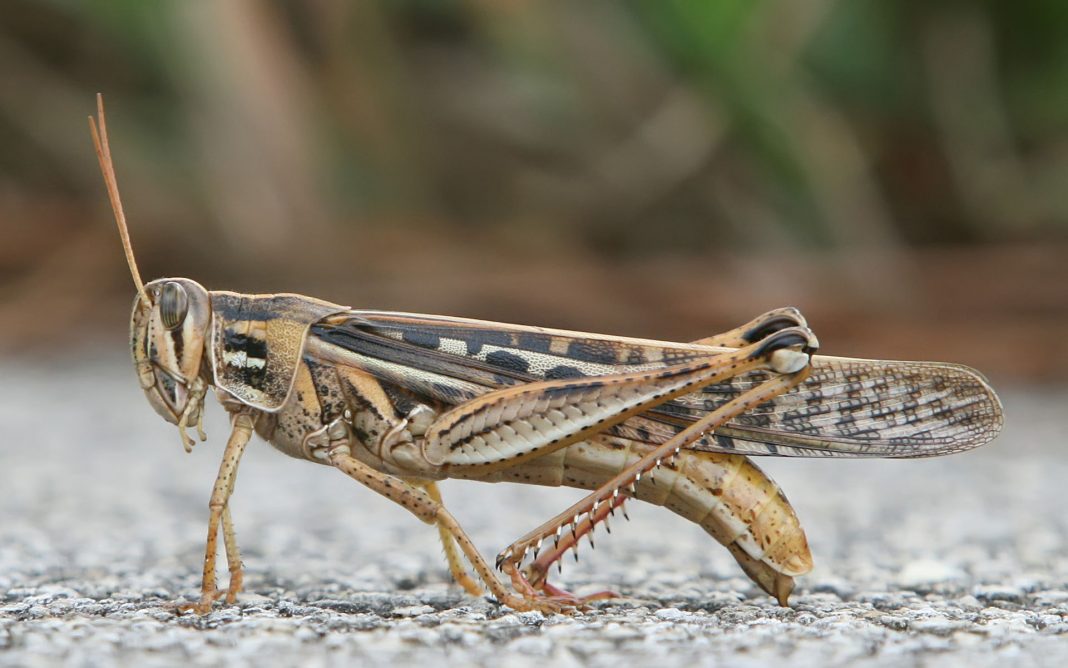 Parshas Bo – Come With Me

Parshas Vaera – The Role of Faith

In this week’s parshah, we are introduced to the meraglim, the scouts chosen to explore Eretz Yisroel prior to the Jewish nation settling there.

In response to the people’s request to explore the land, HaShem told Moshe: “Shelach lecha, send for yourself”, for your interest, for your desire. (Bamidbar/Numbers 13:2).

My mother, the Rebbetzin a”h compared the words “shelach lecha” to the words “lech lecha”, words spoken by HaShem to our Avraham, instructing him to leave his land and embark on a journey that would prepare him to become our patriarch. In contrast, when it came to the scouts, it was not HaShem who initiated the mission, rather, it was a response to Bnei Yisroel’s desire to explore the land.

The Torah tells us that the meraglim were “anoshim”, men of importance. They were “neseeim”, each one the leader of his respective tribe. After forty days of exploration, they returned, carrying beautiful, grand-sized fruits. They reported to the nation that it was a land of milk and honey. But that’s where the good news ended. They continued to speak of walled cities and giants who inhabited the country. They painted a picture of despair, saying it was an “Eretz ocheles yoshvehah, a land that eats its inhabitants”. A land that would be impossible to conquer and settle.

Only two of the scouts, Yehoshua and Calev, stood strong and spoke positively, giving the nation words of encouragement.

How could this have happened? How could it be that leaders would speak negatively about Eretz Yisroel? The nation that witnessed the Hand of G-d, and experienced multiple miracles, from crossing the sea to receiving the Torah at Sinai. They were provided with manna from Heaven, had clouds of glory to guide them by day, and a fire to protect them at night – where was their faith and trust in HaShem?

A friend returned from Israel, and shared the following story with me. She said “Only in Israel do taxi drivers share words of Torah with their passengers.” She told me that after talking politics with a driver, he asked if she would like to hear words of Torah from his chacham (a spiritual leader among Sephardic Jews).

Before even giving her a chance to reply, the driver explained that the Hebrew word דאגה, de’agah, worry includes four of the first five letters of the Aleph Bet, aleph, gimmel, dalet and hei. Only one letter, beit, is missing.

The driver continued. Beit, represents bitachon, trust. Trust in HaShem. When bitachon is lacking, de’agah, worry sets in. Faith and trust is replaced by fear and anxiety. A Jew, he explained, can displace de’agah with emunah. Worry and trepidation can only be avoided when one recognizes that all which transpires is in the hands of G-d.

The meraglim, as great as they were, were lacking in simple bitachon, unwavering trust in HaShem. The faith that HaShem truly controls the world, and can do anything. Even to make it easy for the Jewish nation to settle the land. To understand that Israel is G-d’s land, a land that He watches over. A land whose very existence is a miracle.

The miracle of Eretz Yisroel continues to this very day. A small nation, surrounded by powerful enemies, living under the constant threat of terrorism. A nation that defies all logic, by not only surviving, but thriving. A nation whose very existence is proof of HaShem’s protection and ever-present watchful eye.

The meraglim assessed the land correctly. Everything was beautiful and wonderful. The fruits were large and luscious, the inhabitants powerful, the cities strong and fortified. But, it was their perception of themselves that was lacking. As the passage relates, “We were like grasshoppers in our eyes, and similarly in their eyes.” (Bamidbar/Numbers 13:33)

A feeling of insecurity overtook their very being. They became overwhelmed, filled with fear and self-doubt. They felt small and insignificant, undeserving of HaShem’s constant care and protection.

This past week, Mishpacha magazine published an article, “Todah L’Morah – Thank You Teacher”, where readers submitted tributes to and stories of memorable teachers. One told of a teacher who wanted to instill in her students the feeling of self-confidence. One day, she came to school with a poster which read, “RIP I CAN’T”.  The teacher asked her students to write down something they felt that they “CAN’T” do, that was beyond their reach. After all the students had jotted down what they felt incapable of doing, the teacher instructed them to rip up their papers. The torn sheets were collected, placed in a can and burned.

A life lesson taught by the teacher: nothing is impossible. She wanted the students to believe in themselves. That very same teacher empowered her students with phrases like “I know I’m special, ‘cuz G-d don’t make no junk”.

A lesson for us all. To realize that HaShem is always with us. That we should never view ourselves as “grasshoppers”, or for that matter “junk”. We were created “B’Tzelem Elokim”, in the image of G-d. Each of us has value, importance and holiness. That we are deserving of HaShem’s watchful eye, and loving care. That we can “rip it up” and aim high, for we are never alone.

One question remains. How were only Yehoshua and Calev able to avoid negativity and pessimism, and stand up to the other scouts? Perhaps, the answer can be gleaned from their very names.

Yehoshua’s name was originally Hoshea, meaning salvation. This reflected his constant prayers for Divine protection, and to be shielded from negative influences. Moshe added a yud to Hoshea, which is symbolic of HaShem’s name, transforming Hoshea to Yehoshua. Moshe assured Yehoshua, that the extra yud in his name will bring with it all of the blessings from HaShem, not only in this mission, but in his future years as the leader of the Jewish nation.

The name Calev means ca-lev, like a heart. Calev’s heart was one with HaShem, and one with His people. In fact, whereas the Torah relates the details of the meraglim’s mission in the plural, the language is changed to the singular in verse 13:22. “Vayovoh ad Chevron, and he arrived at Chevron”. Rashi explains that only Calev stopped off at the holy city of Chevron, known as “the heart” of Eretz Yisroel, to pray for the power to resist being influenced by his fellow scouts.

We need to learn from Yehoshua and Calev to always have HaShem in our hearts and minds. To replace worry with emunah, to eradicate anxiety and despair with bitachon, trust and faith in HaShem, and in ourselves.

Chaya Sora can be reached at csgertzulin@gmail.com