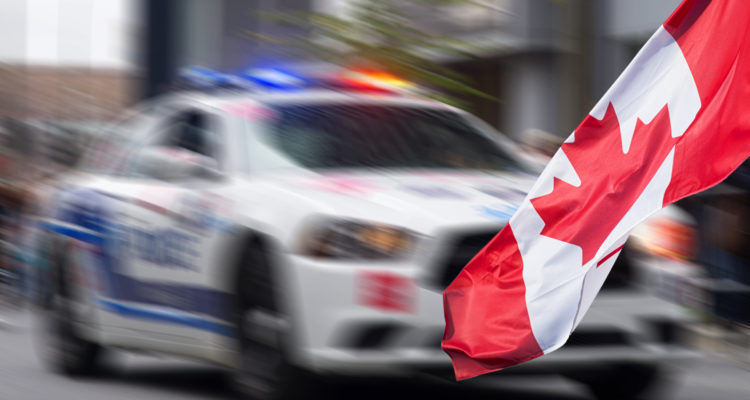 “Searches underway in Saint Ferdinand and Plessisville. Investigation targeting individuals with suspected ties to the Atomwaffen Division terrorist group. All measures are in place to ensure the safety of the public and our police officers,” the RCMP tweeted on June 16 alongside pictures of armed officers.

Officials described the series of raids in towns southwest of Quebec as a “national security operation.”

Founded in 2015, the Atomwaffen Division is described by the Southern Poverty Law Center as a terrorist neo-Nazi group “organized as a series of terror cells that work toward civilizational collapse. Its members, who can be fairly described as accelerationists, believe that violence, depravity and degeneracy are the only sure way to establish order.”

One of the group’s leading influences was California cult leader Charles Manson, who died in 2017. The organization’s members are reportedly “younger and fetishize violence as the only vehicle for apocalyptic, racial cleansing.”

The Canadian Public Safety Department placed the group on its official list of terrorist groups in 2021, according to the Independent.