NYC to Work with Feds in Expediting Refugee Status for Ukrainians 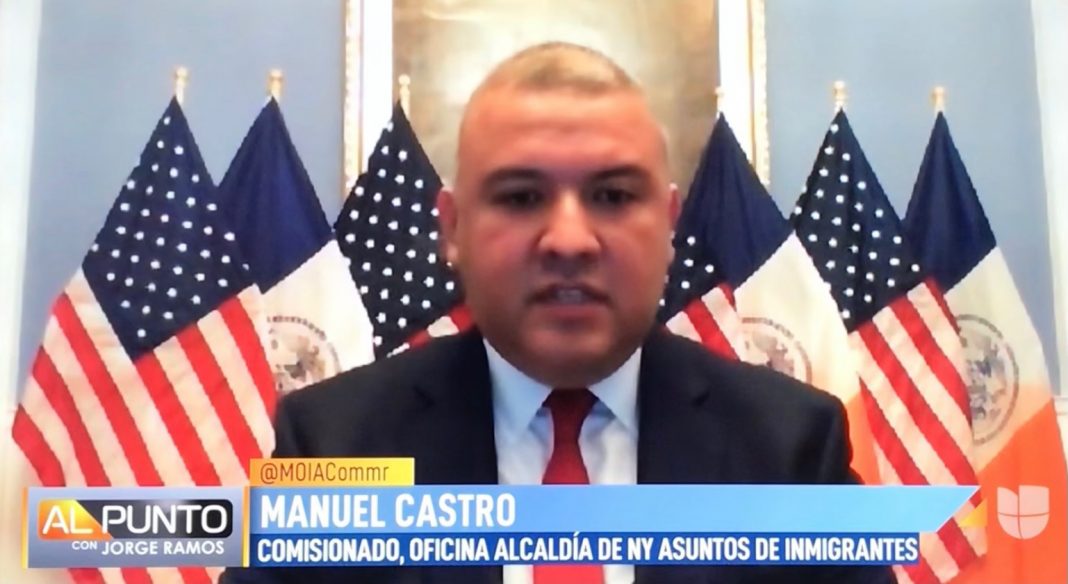 NYC to Work with Feds in Expediting Refugee Status for Ukrainians

On Sunday, New York City official announced they are doing their share to help Ukrainians reunite with their family here.  “We will work closely with the federal government to expedite refugee status for Ukrainians so that Ukrainian New Yorkers can bring their families and their loved ones here to New York,” the city’s Commissioner of Immigrant Affairs Manny Castro said at a Brooklyn press conference with Mayor Eric Adams.

As reported by the NY Post, a new city website, was also announced, with resources for Ukrainian New Yorkers amid Russia’s invasion.  “We have set up a website so that people can visit and access all the resources provided by city government for Ukrainian New Yorkers, both that want to apply for [Temporary Protection Status] and who want to bring their relatives to the country when that is possible,” said Castro.

Mayor Eric Adams and other elected officials visited NY’s predominantly Ukrainian neighborhoods throughout Brooklyn on Sunday in a show of support, as per News 12.  “We are united here and we’re going to do our share to help the people of Ukraine the best way we can possibly help them,” said Adams.

Adams’ announcement followed comments by Assemblyman Steven Cymbrowitz (D-Brighton Beach), who said there has been such an outpouring of support in his district that now volunteers are in need of more space to store the donated supplies until they are flown over to Ukraine.  “The food drive, the medical supplies that they’re gathering is enormous!” he said of the effort led by local churches and synagogues.  “What we do need in order to help this community right now is a warehouse. We need to figure out a place to store all these supplies so that we can take them to the airport.”

On Friday, Mayor Adams had also said he is “in alignment with the White House” in its effort to penalize Russian oligarchs by seizing their assets, but he didn’t offer details on how the city might help locate those assets.  “We’re going to reach out to the White House and ask how can we help send a strong message to Putin that this is unacceptable,” Adams said.