In Letter to FDA and NIAID, Ron Johnson Demands to Know Why Promising Late-Stage COVID Drug Was Never Approved - The Jewish Voice

In Letter to FDA and NIAID, Ron Johnson Demands to Know Why Promising Late-Stage COVID Drug Was Never Approved 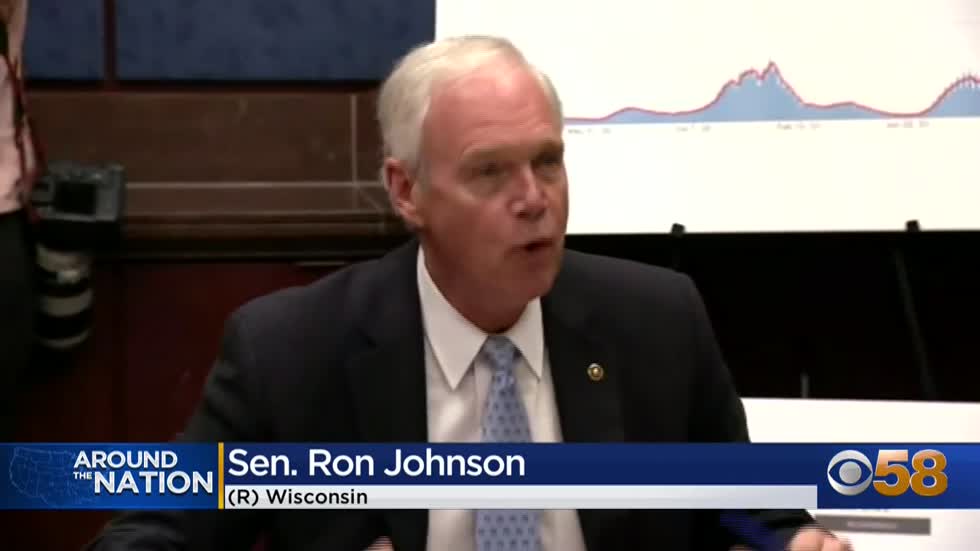 Harnessing a Virus to Fight a Killer Brain Tumor in Kids

A  little-known safe, and potentially life-saving drug for treating patients with severe, late-stage COVID, was purposefully ignored by U.S. health officials, and a group of Congressional Republicans led by Wisconsin Senator Ron Johnson are demanding to know why.

ZYESAMI (off-patent aviptadil) has shown promise as a treatment for COVID patients who are suffering with severe lung inflammation following an excessive immune response known as a “cytokine storm.” The drug is available through the “Right to Try” law—passed by Congress in 2018—but the Food and Drug Administration (FDA), and National Institute of Allergy and Infectious Diseases (NIAID) have failed to recommend it, so it remains largely unknown as a treatment option.

Unlike repurposed drugs like Hydroxychloroquine, and Ivermectin, before the pandemic, Aviptadil already had a track record for treating pulmonary inflammation conditions.

According to the Blaze’s Daniel Horowitz, the FDA allowed aviptadil to be prescribed to treat patients with Acute respiratory distress syndrome (ARDS) under the “orphan drug designation” way back in 2001. Orphan drugs are pharmaceutical agents that are not profitable because they treat rare medical conditions, and thus require government assistance to produce. They are used to treat life-threatening or chronically debilitating conditions affecting less than 200,000 patients.

Aviptadil was also awarded the orphan drug destination for pulmonary arterial hypertension in 2005, and for pulmonary sarcoidosis in 2021, Horowitz reported. Unfortunately, it has never been fully approved by the FDA.

In a letter to NIAID Director Anthony Fauci and FDA Commissioner Robert Califf, Sen. Ron Johnson (R-Wis.) demanded to know why public health officials  ignored three Emergency Use Authorization (EUA) requests from the drug manufacturer, NRx Pharmaceuticals, and refused to review data on ZYESAMI’s efficacy against COVID. The letter, co-authored by Sen. Ted Cruz (R-Texas) and Reps. Andy Biggs (R-Ariz.) and Chip Roy (R-Fla.), cited a physician who treated more than 20 patients who were suffering respiratory failure from COVID-19, and received ZYESAMI as authorized under Right to Try.

“It is our understanding the patients received ZYESAMI after prior administration of remdesivir did not improve the patients’ conditions. All the patients were at the very end stage of COVID and were not expected to recover,” the Republicans wrote.

Upon receiving ZYESAMI, no serious adverse events associated with use were reported and 16 of the 20 patients left the hospital. According to the physician, patients with ARDS normally have a 40 percent mortality rate. With ZYESAMI, the mortality rate decreased to roughly 10 percent.

The Republicans noted in the letter that Fauci actually touted ZYESAMI as a promising treatment for COVID-19 almost a year ago, but refused to make it widely available until clinical trials were completed.

“The drug remains largely unavailable, and we are told FDA refuses to review the data of NRx’s EUA until the National Institute of Health (NIH) completes clinical trials of ZYESAMI later this year,” they wrote.

Two years into a pandemic and with a death toll exceeding a reported 900,000 Americans, it is unacceptable that the FDA and NIAID are needlessly delaying a treatment for late-stage COVID-19 with a remarkable track record of success. This bureaucratic dragging of your feet appears in stark contrast to the expedited review of other treatments like remdesivir, Molnupiravir, Paxlovid and the COVID-19 vaccines. The FDA’s disparate review processes for different treatments that appears to favor large manufacturers is troubling.

In an interview with Horowitz, Dr. Flavio Cadegiani, a Brazilian endocrinologist who has treated 2,400 COVID patients without losing a single one, explained how the drug fights the virus.

“Aviptadil is a drug that mimics vasoactive intestinal polypeptide (VIP), however, with prolonged effects, compared to the endogenous (produced by the body) VIP,” he said. “VIP and aviptadil act in a type of lung cell called alveolar type II (AT-2), that, although representing just as few as 5% of the cells in the lungs, are largely responsible for oxygen transfer and inhibition of dysfunctional hyper inflammatory reaction and cytokine storm, through the inhibition of the activity of one of the main triggers of these reactions, called NMDA-induced caspase-3.”

Dr. Cadegiani noted that “to date, there is no other molecule capable of working at late stage against COVID-19, and at the same not causing immunosuppression.”

He also believes aviptadil blocks the IL-6, the most dangerous cytokine at the center of the pulmonary dysfunction related to COVID-19. “The importance is that IL-6 is the cytokine that is not effectively blocked by glucocorticoids, even in very high doses. Thus, aviptadil/VIP could confer additional protection when we most need and when we have the fewest resources for.”

He went further to suggest that it is downright malpractice for hospitals not to try this drug at late stage, given the absence of alternatives. “Due to the absence of therapeutic alternatives targeting AT-2 and IL-6, and given the already well-established safety profile, its approval goes beyond the attempt-to-try principle, since it is highly plausible and likely that it works. Therefore, instead of an action of attempt-to-try when giving aviptadil, not providing it when patients fail to respond to other therapies can be considered a medical negligence, from a bioethical perspective.”

The Republicans are requesting answers to the following questions to better understand the FDA’s decisions regarding an EUA for ZYESAMI:

1. Please provide a timeline of FDA and NIAID actions to review ZYESAMI as an
emergency treatment for COVID-19.
2. Please provide documentation of any communications between FDA or NIAID and
physicians or hospitals that are utilizing ZYESAMI under Right to Try.
3. Has the FDA ever accepted the data of ongoing clinical trials when issuing an EUA for a
treatment for COVID-19? If so, please provide the treatment and its EUA.
4. Please explain why the FDA refuses to review ZYESAMI data until completion of a
clinical trial.
5. For COVID patients that received remdesivir and steroids but did not recover, what is the
FDA and NIAID’s current treatment recommendation?

They have asked for a response from the FDA and NIAID no later than 5:00 p.m. on March 17.