15 Purim Facts Every Jew Should Know - The Jewish Voice

15 Purim Facts Every Jew Should Know 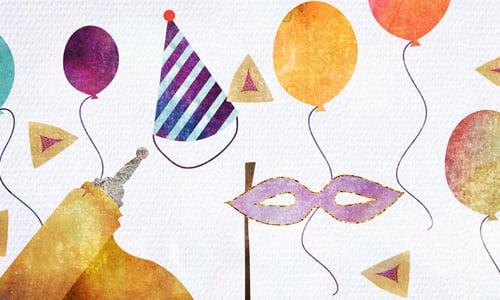 1. Purim Is the Jolliest Day of the Year

The jolly festival of Purim is celebrated every year on the 14th of the Hebrew month of Adar (late winter/early spring). Purim 2022 begins on Wednesday night, March 16 and continues through Thursday, March 17, (March 17-18 in Jerusalem). It commemorates the salvation of the Jewish people in ancient Persia from Haman’s plot “to destroy, kill, and annihilate all the Jews, young and old, infants and women, in a single day.”

Read: What Is Purim?

2. Purim Is a Persian Word

Purim means “lots” in ancient Persian. The holiday was thus named since the evil Haman had thrown lots to determine when he would carry out his diabolical scheme. You can pronounce this name many ways. In Eastern tradition, it is called poo-REEM. Among Westerners, it is often called PUH-rim. Some Central-European communities even call it PEE-rim. (WARNING: Calling this holiday PYOO-rim—as English speakers are sometimes wont to do—is a surefire newbie cover-blower.)

Watch: Why Does Purim Have a Persian Name?

3. Mordechai and Esther Are the Heroes of the Day

Mordechai was the leader of the Jewish people in Persia, and Esther was his cousin. Forcibly made queen of Persia, Esther bravely interceded—putting her own life on the line—on behalf of her people. The story of their heroism is recorded in the Book of Esther.

Read: The Story of Purim

4. The Book of Esther Is Handwritten on Parchment 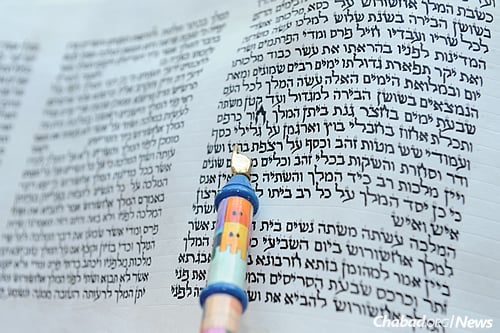 The miraculous events behind the holiday of Purim are written in the Megillah scroll.

Per Esther’s request, the events were written in a scroll to be read every year on Purim. This scroll, called the Megillah (Book of Esther), was one of the final books to be canonized in the Tanach. A genuine Megillah must be written by a scribe on parchment—a painstaking process that takes several days or weeks to complete.

Purchase your own Megillah here.

5. There Are Four Purim Mitzvahs

Purim is celebrated by observing the following four rituals:

Read: How to Celebrate Purim

6. We Spin “Graggers” on Purim 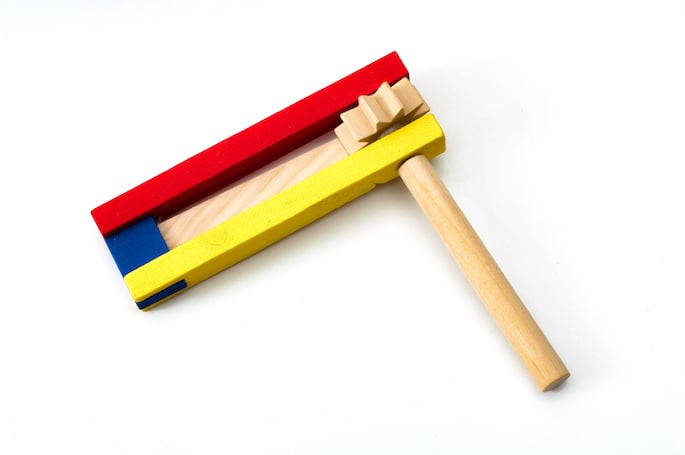 Graggers are spinning noisemakers (ratchets) used to drown out Haman’s name during the Megillah reading. Since every word must be heard clearly, the reader repeats the name after the racket has died down. Although traditionally made of wood, graggers can be made of tin, plastic, or anything else. In a pinch, pounding on the table, stamping one’s feet, or shaking one’s keys will suffice. 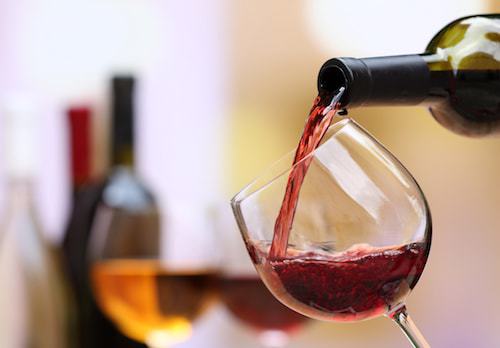 The sages of the Talmud assert that “a person is obligated to drink on Purim until he does not know the difference between ‘blessed is Mordechai and cursed is Haman.’” Obviously, this does not apply to anyone who may become ill or act inappropriately when intoxicated.

8. Purim is Preceded by a Fast

On the day before Purim (or on the Thursday before, when Purim is on Sunday), it is customary to fast, commemorating Esther’s fasting and praying to G‑d that He save His people.

Read: The Fast of Esther: What, Why and How 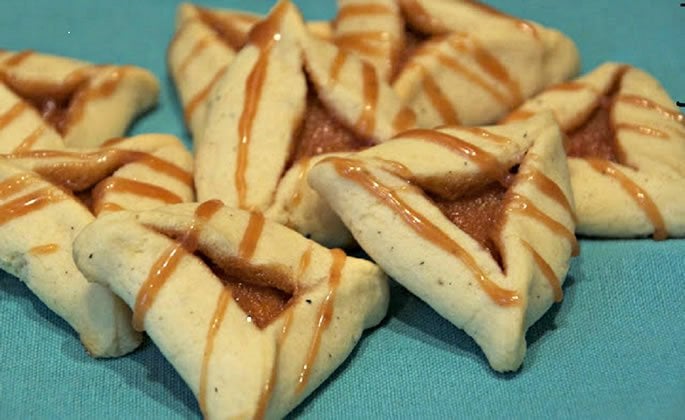 G‑d’s involvement in the Purim miracle was hidden; it appeared as if our people’s salvation came by way of natural means. Indeed, the day is celebrated with delicacies where the delicious filling is hidden inside dough. Classic hamantaschen are a sweet three-cornered pastry filled with poppy seeds, and meat-filled kreplach are traditionally cooked and served in chicken soup at the festive meal. The seeds recall Esther’s vegetarian diet in the royal palace, where she secretly kept kosher.

Read: The History and Symbolism of Hamantaschen and Kreplach

10. We Masquerade on Purim

People traditionally dress up on Purim, wear masks, or otherwise make themselves look somewhat unusual. Like the “hidden” treats mentioned above, many say that concealing ourselves behind a costume reflects the way G‑d operated behind a cloak of natural events.

Read: Four More Reasons Why We Dress Up on Purim

In keeping with the over-the-top atmosphere of the day, people (especially learned Jews) share “Purim Torah,” in which silliness and scholarship mesh into a dizzying blend of witty (and sometimes absurd) exegeses.

12. Purim Is Deferred One Day in Jerusalem 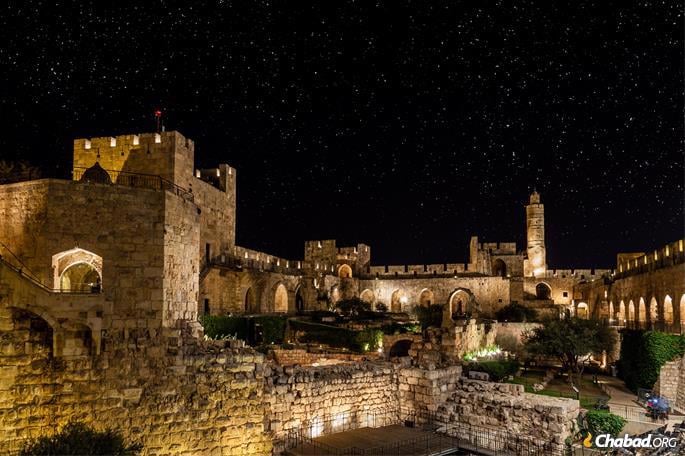 Purim is observed on Adar 14, the day that the Jews rested after trouncing their enemies in battle. In the capital city of Shushan, there were so many bad guys that it took an additional day of fighting to ensure their safety, so they rested on the following day, Adar 15. Since Shushan was walled, it was declared that all walled metropolises (chiefly, but not only, Jerusalem) would celebrate on that later date. This second Purim is known as “Shushan Purim.”

13. Purim Is Always a Month and a Day Before Passover

Purim is celebrated on 14 Adar, and Passover starts on 15 Nissan. In a Jewish leap year there are two Adars, making for a total of 13 months. In those years, Purim is celebrated during the second Adar, so that it is close to Passover. This is so that the miraculous salvation of Purim is as close as possible to the miracle of the Exodus, commemorated on Passover.

14. Stalin Was Thwarted on Purim 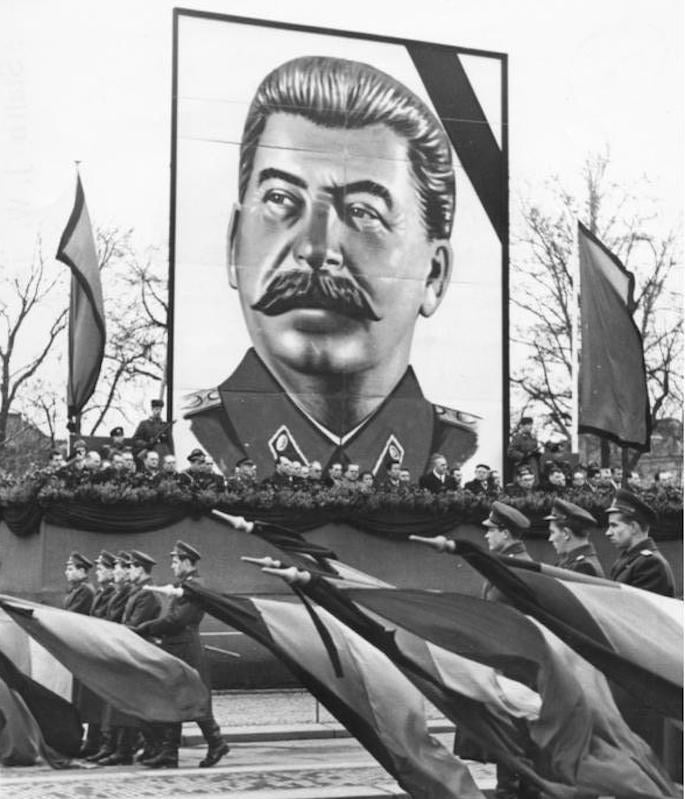 In the early 1950s, Joseph Stalin, the ruthless butcher of millions of innocent people, had bloody plans for dealing with the “Jewish problem” in the U.S.S.R. Just as things were reaching a crisis point in 1953, he suddently fell ill and died. His illness began . . . on Purim!

In 1990, Saddam Hussein of Iraq defiantly invaded nearby Kuwait. As pressure ramped up from the international community, his army began firing SCUD missiles into Israel. The Rebbe, Rabbi Menachem M. Schneerson, repeatedly assured the people of Israel that they would be protected. After the U.S.-led forces attacked Iraq, they were quickly victorious and the hostilities ended . . . on Purim! 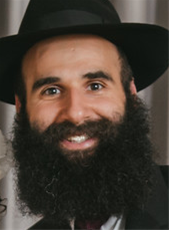 Rabbi Menachem Posner serves as staff editor at Chabad.org, the world’s largest Jewish informational website. He has been writing, researching, and editing for Chabad.org since 2006, when he received his rabbinic degree from Central Yeshiva Tomchei Temimim Lubavitch. He resides in Chicago, Ill., with his family.
More from Menachem Posner  |  RSS