Davos: Alibaba Group President Recommends “Carbon Footprint” Tracker to Monitor Everything You DO

Djokovic’s dream of winning a 21st grand-slam title in Melbourne over the next two weeks is finished. His chance of ever playing in Australia again is also in doubt.

He could now face a three-year ban Down Under which legal experts have said could similarly impact his ability to travel elsewhere in the world.

The world No. 1 won an appeal last week to prevent deportation after officials cancelled his visa because he was not vaccinated against coronavirus. The star had previously had CODID

His visa was then revoked for a second time on Friday by Australia’s Immigration Minister Alex Hawke who claimed Djokovic’s presence in the country was a threat to public health.

He was due to play his first match late on Monday against Miomir Kecmanovic, a fellow Serb ranked 78th in the world.

Djokovic was also ordered to pay the government’s court costs.

During Sunday’s court hearing before a three-judge panel, Djokovic’s defence argued the grounds given by the government were “invalid and illogical.”

The Daily Telegraph reports before delivering the deportation orders, Chief Justice Allsop explained the case wasn’t about whether Hawke made the right decision. 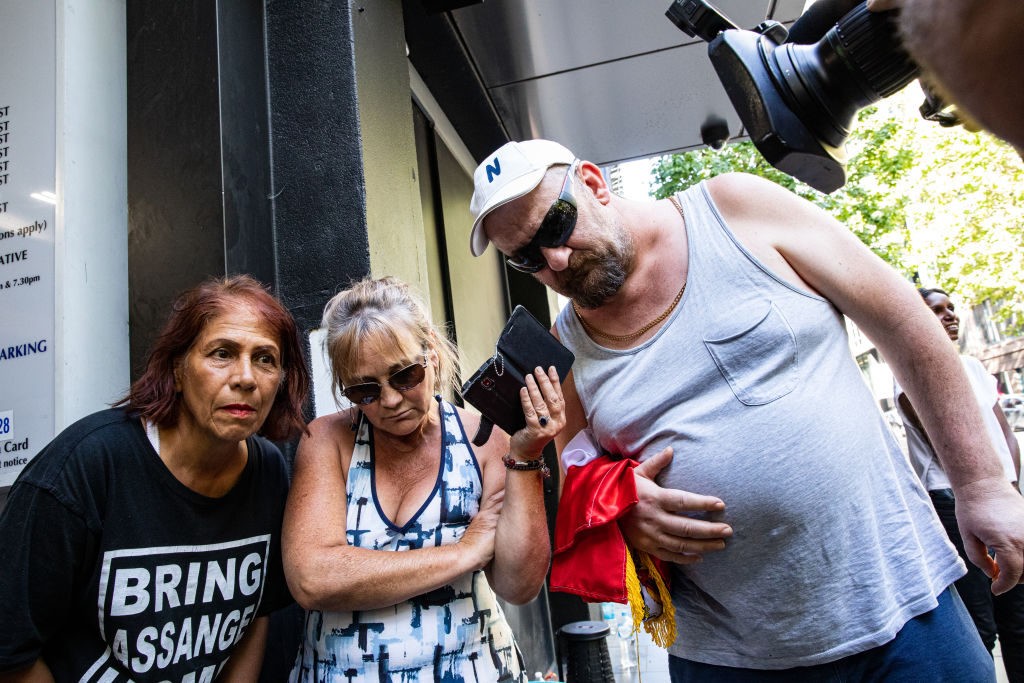 Djokovic supporters gather outside the offices of his legal team as they listen to an audio court hearing on January 16, 2022 in Melbourne, Australia. (Photo by Diego Fedele/Getty Images)

He explained it hinged on whether the decision was so irrational or unreasonable that it wasn’t made lawfully.

Djokovic has been staying at an immigration detention hotel in Melbourne, the same place he was taken after his visa was first revoked following his arrival on 6 January.