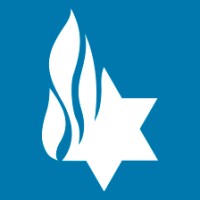 The Simon Wiesenthal Center has come under criticism from leading officials in Europe, including the European Union’s top antisemitism commissioner for its recent publication of its annual “Global Anti-Semitism Top Ten” list, according to a JTA report.

The Los Angeles based Wiesenthal center has published this list since 2010 and spotlights what they determine to be the most egregious anti-Semitic entities and individuals of the year that passed.

What has rankled European leaders in the number seven entry on the list. The entry lists the country of Germany which the Wiesenthal Center claims has “failed to curb anti-Semitic attacks from the far-Right, Islamists, and the demonization of Israel from the Left.”

The JTA reported that the “entry on Germany singled out Michael Blume, the commissioner against antisemitism for the German state of Baden-Württemberg, for “liking” a 2019 Facebook post from a “friend” that read: “Zionists, Nazis and radicals should quickly say goodbye to my friends list.”

According to figures provided by the German government, anti-Semitic incidents for the year 2019 were the highest tally since 2001 and represented a 13% increase over 2018.

Speaking to the JTA, Blume said that did not recall “liking” such a post, and that he may have done so on a text that was later edited.

He added that, “I believe that Zionism is fully legitimate and that Israel has the right to exist securely for all times to come. For me, anti-Zionism equates [to] antisemitism, pure and simple. I have traveled to Israel as a friend and ally repeatedly and I have spoken and written extensively about this topic.”

The Wiesenthal Center report says that Germany allows Blume to “engage in these anti-Semitic and anti-Israel activities on social media,” as was reported by the JTA.

Among those expressing regret that the Wiesenthal Center listed Blume on their annual report was Katharina von Schnurbein, the European Union’s coordinator for fighting antisemitism, according to the JTA report.

On Dec. 29, 2021, von Schnurbein posted on Twitter that the center’s inclusion of Blume “discredit[s] the invaluable legacy of Simon Wiesenthal.”

Wiesenthal was a Holocaust survivor who devoted his life to bringing Nazi war criminals to justice and provided leads that led to the capture of SS officers Adolf Eichmann and Franz Stangl, as was reported by the JTA.

Joining von Schurbein in their criticism of the Wiesenthal inclusion of Blume was the Israelite Religious Communities, an umbrella group of Jewish communities in Baden-Württemberg, as was reported by the JTA.

In a statement, the group expressed opposition to the Wiesenthal decision to include Blume on the list and showed their unflinching support of him.

The JTA reported that in a statement, the IRG wrote: “The Jewish communities in the state unanimously condemn the attempt to denigrate the antisemitism commissioner of the state of Baden-Württemberg by including him in the Simon Wiesenthal Center’s list of ‘Top 10 Worst Antisemitic Events’ for the year 2021. It is heinous to put this bridge builder on a list of enemies of Israel.”

Defending the placement on the list, was Rabi Abraham Cooper, the Associate Dean of the center.  In an e-mail to the JTA, Rabbi Cooper said that the Wiesenthal Center “doesn’t suffer from blurred vision.”

With almost half the world’s Jewish population residing in Israel, “you cannot fight ‘anti-Semitism’ without opposing all those who attack Zionists and demonize Zionism,” Cooper told JTA. “This fact is embedded in the IHRA definition of anti-Semitism. In 2021 and beyond, people who have positions of responsibility to monitor and oppose anti-Semitism must make clear that includes demonization of Zionists and demonization of Zionism.”