Protest at Bennett's house: 'No to Green Pass, no to coercion' - The Jewish Voice

Protest at Bennett’s house: ‘No to Green Pass, no to coercion’ 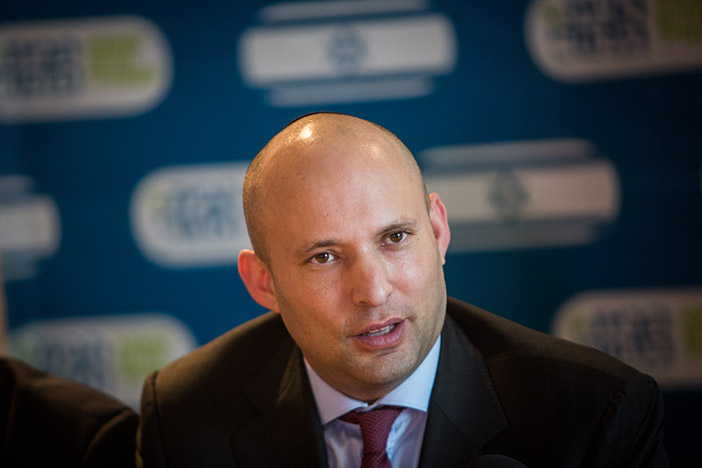 Flyers advertising the event emphasized the backing of “medical teams” and read, “No to the Green Pass, no to coercion.”

Senior Israeli doctor Yoav Yehezkeli, who was present, praised the turnout by medical professionals. “I was last night at a demonstration by medical teams against discrimination and vaccine coercion in the form of the Green Pass. The awakening among medical professionals, who understand that the narrative of the epidemic being marketed to them is mistaken, is heartwarming,” he wrote on his Facebook page.

He noted the protest also saw the attendance of “a diverse general audience” comprising “an intelligent public, parents, teachers not opposed to vaccines, who demonstrated for principles and for the benefit of the public and not out of selfish interest, seeking the freedom of the individual and the people.”

“I hope the voices reached the Prime Minister’s House.

“I hope he will sober up realizing that he has embarked on a path that has already failed, a destructive and dangerous path for public health, the economy and society, out of panic that his seemingly professional advisers are sowing in their lack of understanding.

“Will every variant that arrives (and it will arrive! This is the nature of a virus) entail an unnecessary aggravation of restrictions and another booster for a vaccine that does not prevent infection well?”

He said “Police used excessive force to suppress a legitimate protest that places before its eyes the good of society.”

Yehezkeli also criticized media for failing to cover the protest. “The media, which covered the Balfour protest and reported on a demonstration of 200 people in Jerusalem yesterday, does not report this protest of many thousands that has been going on for weeks.”

“Why? Probably for the same reason that the media does not give a stage to those who challenge the government line. Afraid of revenge from the Ministry of Health, from the panic injected into her by the government. This is a disgrace.”

“One has to go back to realistic risk assessment to understand that we are not facing disaster. Even if there is a fifth wave, even if there is an omicron variant: the sickness from the infectious variant is milder, and the health system (again) will not collapse.

“In fact it is time to declare coronavirus over as an epidemic and return to relative routine: Children are naturally protected from coronavirus and there is no justification for vaccinating them. We know how to deal with fever, runny nose and sore throat.”

“Last night at the demonstration I was filled with pride and hope,” he added. “Professionals and the general public in Israel and around the world are waking up to understand that the existing restrictions do not contribute to public health, and the damage is enormous.”

“If we desire life, the time has come for the government to wake up and change direction too: abolish the Green Pass, open the skies, focus on the sick, vaccinate the at-risk groups, stop the vaccination of children, stop the unnecessary testing and isolations,” he concluded.