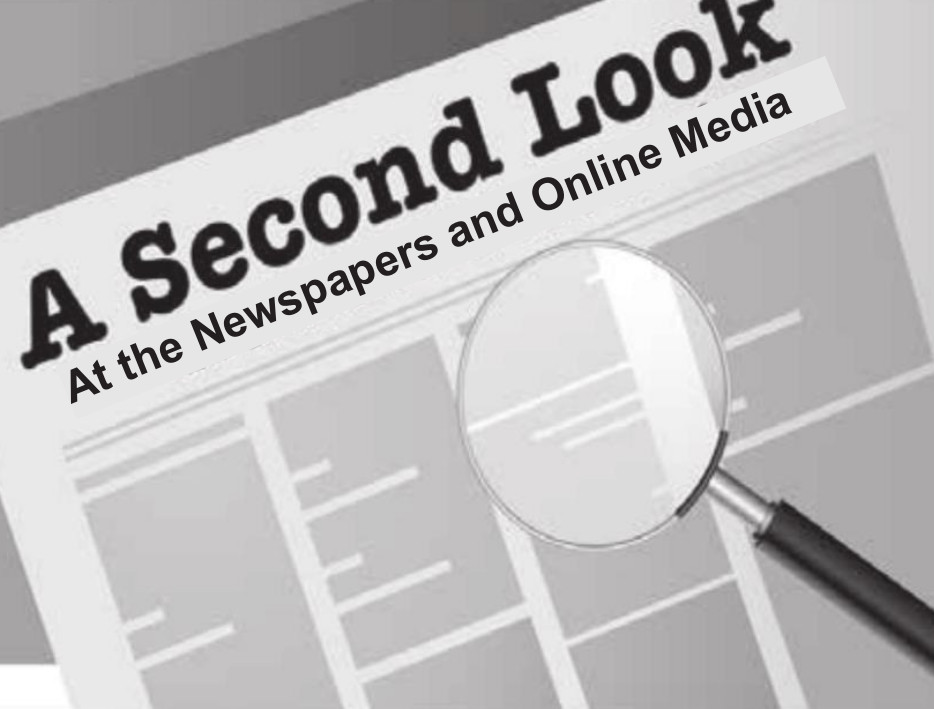 The NY Times wrote the mayor-elect wants his top officials to be emotionally intelligent, characterizing it as Mayor-Elect Adams “No. 1 criteria, when he picks his commissioners.” What the Times misses about Adams’ picks to lead the city, is that he has taken on the NYPD bureaucracy and beaten it. As a former police officer, Adams fought the racism of the NYPD closed leadership of that era, with the group he formed called 100 Black Men to disrupt the department’s closed bureaucracy. It is clear that Adams is picking commissioners who want to disrupt the city’s bureaucracy:

NY Times 12/9/21 David Banks, his new education Chancellor, has already said when he was announced “I have a message for a lot of folks who are down at Tweed who think they know me,” referring to the Department of Education’s downtown headquarters. To laughter and cheers, he issued a rhetorical question to administrators: “If you left, and your job disappeared tomorrow, would that change anything that’s going on in any of our schools?”  NY1: “The incoming NYPD commissioner Keechant Sewell said that she would support Mayor-elect Eric Adams if he decides to push lawmakers to revisit the state’s bail reform legislation, saying that judges should have the “discretion” to keep those who pose a danger to others in law enforcement custody.”

The Times cited University of New Hampshire Professor Mayer who described emotional intelligence as the “ability to accurately perceive your own and others’ emotions; to understand the signals that emotions send about relationships; and to manage your own and others’ emotions.” What Chancellor Banks wants to do to the Department of Education located in the Tweed Courthouse, has little to do with people skills.

What Adams is doing is going back to NYC’s past, when a local talent like Lloyd Blankfein from Linden Houses in East New York, was given the opportunity to make billions for Goldman Sachs, as their CEO taking on the Wall Street way of doing business.  The Times also wrote that Adams would pick commissioners with people skills, not the usual Harvard, Yale, and Columbia graduates.  NY1 Anchorman Erroll Louis reports that the Deputy Mayors selected by Adams happen to be graduates of Yale, Harvard, Colombia, and UPenn.

Adams who took on NYPD top brass while his time as a police officer is in familiar territory in his new job.  His future success as mayor and the NYC future depends on him finding ways to make NYC a safe city again, while he has to battle a vocal large faction of the left-wing City Council members that will oppose all of his crime-fighting policies. NYC has a near 50% increase in homicides and a 104% increase in shooting victims versus 2 years ago. The current crime wave is not only putting New Yorkers’ lives in danger, but also destroying the city’s economy and budget by keeping tourists away, closing stores, convincing businesses, and city residents to leave. New York’s population decrease as of mid-2021 was due mainly to its net domestic migration loss of 352,185 residents—meaning 352,185 more people moved out of the state than moved in during the previous 12 months. This shattered all out-migration records, exceeding New York’s record annual migration losses during the late 1970s.

His job is harder than anything Adams and any modern mayor has faced. Repair a city struggling to come back from the pandemic shutdown. now suffering more bumps in the road with the new Omicron variant shut down tax producing businesses, like the Radio City Hall Rockettes and Broadway shows.  There is also an irrational virus fear perhaps made worse by increased crime, of returning to midtown Manhattan.  Only 8% of the office workers returned before the latest Delta and Omicron variants appeared. Comedy club owner of Stand-Up NY Dani Zoldan said he might have to move his club out of empty Manhattan to NJ, Staten Island or Long Island to keep his club going.

The city’s left does not understand or ignores for ideological reasons that changes in crime fighting they have put into law, have good and bad consequences.  It should be the goal of the city’s criminal justice system that innocents are no longer locked up for months at Rikers. However, if the city’s tax base is destroyed because of crimes committed by criminals allowed to walk by the courts, city services that support education, new affordable housing and jobs will be cut.

The left that pushes to shut down Rikers, a noble goal, ignores the double hit on the city poor and minorities the no-bail law has caused.  Not only do  most of the shootings occur in their neighborhoods, but the loss of both private sector and government jobs caused by crime driving jobs and businesses out of the city will also hit the poor and minorities the hardest. The city has regained fewer than 6 of every 10 jobs it lost since the pandemic began, while the nation as a whole has regained more than 90 percent of lost jobs. The national unemployment rate has plummeted to 4.2%, close to where it stood before the pandemic. But in New York City, the rate is more than doubled at 9.4.%. The city council never came up with plans to recover the one-third of the city’s businesses that have closed but found time to rezone Soho for the developers and their lobbyists that run the council.

The NY Times warned that Mayor Adams’ wading into the Council Speaker race to support Francisco Moya, puts his political capital at risk, is also wrong. Mayor Adams could only have lost political capital by not building a winning governing majority on the new council. It has been clear since the election that the mayor-elect has enough members to defeat the left-wing council members. Mayor Adams’ last-minute switch to support Adrienne Adams, who voted against defunding the police, allows the new speaker to easily build her coalition with Moya supporters, including his five republican supporters, reducing the possibility that the new speaker would need the left for a majority coalition.

Even the NY Post attack on Congressman Meeks who wrote he was hooking up with the Anti-Semitic left-wingers when he supported Adrienne Adams for Speaker, fell flat when their candidate Moya dropped out a day after the article.  Meeks is a big power winner in the speakers’ race. The congressman will be a key power broker with Speaker Adrienne Adams. In 2009, then Queens Boss Congressman Crowley, delivered his borough council members to Quinn to become a council power broker.  Now Congressman Meeks endorses a council speaker candidate and also becomes a power broker.

As a former police officer, Mayor Adams with the NYPD top brass after him learned the lesson from the city’s mean streets on how to not only survive but how to use a bad situation to prosper.  Mayor Adams council speaker switch is a good example of how the new mayor throughout his political career has survived bad political moves, getting too close to developers and other mistakes. Mayor Adams’s biggest strength in politics is to make lemonade out of lemons. Even when he was faced with type 2 diabetes, he changed his diet to plant-based foods to defeat the disease.

At a press conference, the mayor-elect said he supports solitary confinement but not exactly.  “I support punitive segregation. That’s a difference. Solitary confinement is throwing someone in a small jail cell, locking them up — it’s inhumane — we should not do that.” Adams suggested that punitive segregation, under his administration, will involve putting violent inmates in larger areas and giving them “the services they need,” including mental health services. “We’re going to put them in environments — not caged like animals … so they can no longer be dangerous and harmful to others,” he said.

“I’m not going to allow inmates and officers to be the victims of violent people,” the new mayor said. “Mayor Adams is bringing back torture,” said left-wing leader Councilwoman Tiffany Cabán.

Adams says there’s a group of incoming City Council members who “have no desire in moving our city forward” and that he’s “going to ignore them” and do what he needs to do.

The defund-the-police crowd in the council and Albany will oppose the new mayor’s NYPD policies of bringing back plainclothes units and usher in a new era of stop, question, and frisk.

He also faces a new Comptroller and Public Advocate who wants to defund the police, and a new Manhattan DA who may be masquerading as a defense attorney. Alvin Bragg has already posted a laundry list of crimes he won’t prosecute. Even the person who is replacing Adams as Brooklyn Borough President Antonio Reynoso wants to delete the NYPD gang database when most of the accidental shootings of children are because of gang shootouts.

The left-wing crowd in the NYC government are allowed to escape the consequences of these policies because of little media coverage, especially during their elections when they ran on defunding the police platforms.  The defund-the-police mayor of San Francisco, London Breed, just did a 180 on Lombard Street, on the need to fight crime. The media spotlight of SF store looting, violence, open-air drug dealing, and homelessness drove Mayor London poll numbers down, to now become a supporter of more police. Chicago Mayor Lori Lightfoot is now calling for an end of pre-trial freedom for 1000s based on her belief that people released are causing violence.

Sen. Julia Salazar, who is behind a state law requiring sharp limits on solitary, says the state could sue the city or even attempt a takeover of Rikers. “Or the mayor could just follow the law and avoid those scenarios,” she said. The New York State’s in 2019 limiting cash bail as an option in all but the most serious violent felonies.

Those bail reforms, though modified this year, continue to free people charged with extraordinarily serious crimes or who have multiple violent convictions, who then continue their crime sprees. Adams, for his part, has said he hopes to see further the bail reform law revised to include a “dangerousness standard” that would allow judges to decide who should be released after arraignment. Another reform some DAs and Judges have asked for is to readjust the timeframe for attorneys to engage in discovery.

Adams wants Albany to revisit bail reform, saying the existing law is “sending the wrong message.” But the Legislature, along with a new governor desperate not to be outflanked on progressive issues, have already foreclosed the possibility of reopening the bail law. Currently, there are 5,300 inmates in city jails, if the bail law was reformed to keep violent repeat criminals in jail, that number would rise substantially. Plans to close the Rikers Island jail complex entail building borough-based jails that would cap the city’s jail population at 3,300.

Adams faces legal and political battles without the anticrime tools that Giuliani and Bloomberg were able to use to reduce crime and the political support in Albany.

Dinkins had to hire 3000 more cops. However, one feels about the use during the Giuliani years—or overuse during the Bloomberg years—of “stop, question and frisk,” there is no dispute that the policing tactic was instrumental in driving down the rate of violent crime in New York. Any serious effort to remove gunmen from the street will depend to a large extent on bringing back undercover police, empowering cops to stop and frisk people they reasonably suspect of carrying weapons.