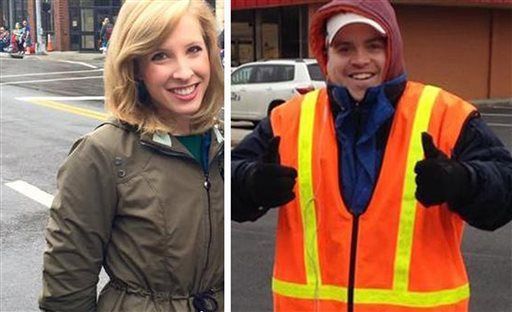 (AP) — The family of a slain journalist is asking the Federal Trade Commission to take action against Facebook for failing to remove online footage of her shooting death.

His daughter, TV news reporter Alison Parker, and cameraman Adam Ward were killed by a former co-worker while reporting for Roanoke, Virginia’s WDBJ-TV in August 2015. Video footage of the shooting — some of which was taken by the gunman — repeatedly resurfaces on Facebook and Instagram despite assurances from top executives that it will be removed, says a complaint being filed Tuesday by Parker and attorneys with the Georgetown Law Civil Rights Clinic.

“The reality is that Facebook and Instagram put the onus on victims and their families to do the policing of graphic content — requiring them to relive their worst moments over and over to curb the proliferation of these videos,” says the complaint.

The complaint says Facebook is engaging in deceptive trade practices by violating its own terms of service and misrepresenting the safety of the platform and how hard it is for users to get harmful content removed.

Andy Parker previously worked with the Georgetown law clinic to file a similar FTC complaint against Google and its YouTube service. The FTC doesn’t typically disclose whether or not it has decided to investigate a complaint.