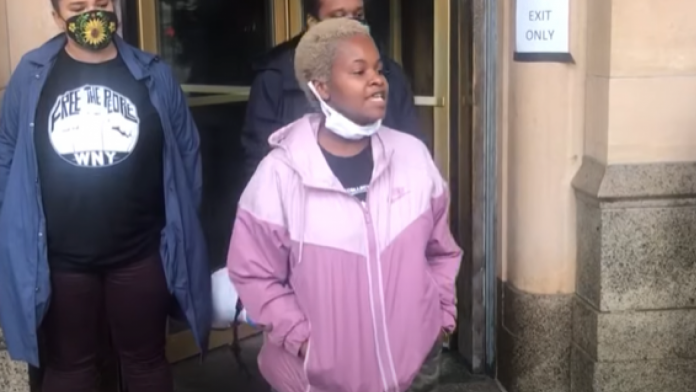 BY Daniel Greenfield (FrontPage Magazine) Democrats claim that the ‘Squad’ is not representative of their party and that police defunding and socialism are just Republican bogeymen.

The majority of Buffalo voters would choose Byron, but leftists used a rigged primary to sideline the sitting black Democrat and then used their judges to keep him off the ballot while the media boosted Walton, a police defunding socialist previously accused of food stamp fraud.

India Walton is a socialist whom even most New York Dems have refused to endorse. But Schumer has.

“Today, I endorse @indiawaltonbflo, the Democratic nominee for Mayor of Buffalo,” the New York Democrat tweeted Thursday. “She’s a community leader, nurse, & mother with a clear progressive vision for her hometown.”