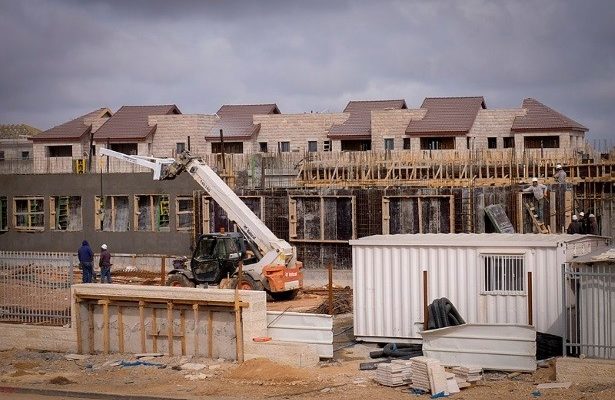 (AP) Israel approved more than 3,000 new homes for Jewish communities in Judea and Samaria on Wednesday, a day after the United States issued its strongest rebuke yet of such construction.

The plans were approved by a Defense Ministry committee, according to a security official who was not authorized to speak publicly and did not provide further details. The anti-settlement group Peace Now also confirmed the approvals.

“Now, everybody knows that this is not a government of change, but this is a government with the same policy as [former prime minister] Netanyahu to build more settlements, to deepen the occupation and to take us away from the chances for peace,” said Hagit Ofran of Peace Now.

Palestinian President Mahmoud Abbas called on the international community to take a “decisive stance” on the Israeli decision, which he said amounted to a “message of disdain for the efforts of the U.S. administration.”

Wednesday’s decision increased friction with Europe and the United States.

Only a day earlier, U.S. Secretary of State Antony Blinken had protested the plan during a phone call with Israeli Defense Minister Benny Gantz, according to a senior U.S. official who was not authorized to speak publicly.

Also on Tuesday, the U.S. State Department said it was “deeply concerned” about Israel’s plans to advance new settlement homes, including many deep inside the West Bank.

State Department spokesman Ned Price told reporters in Washington: “We strongly oppose the expansion of settlements, which is completely inconsistent with efforts to lower tensions and to ensure calm and damages the prospects for a two-state solution.”

Nevertheless, Sabri Saidam, a former Palestinian official, criticized the Biden administration, saying it was “almost absent” as Israel pushes ahead with settlement construction.

Another recent sign of friction between Jerusalem and Washington was the State Department’s objection to Defense Minister Benny Gantz’s announcement that he was listing six Palestinian NGOs as terrorist groups.