China Spits in Our Eye Over Taiwan 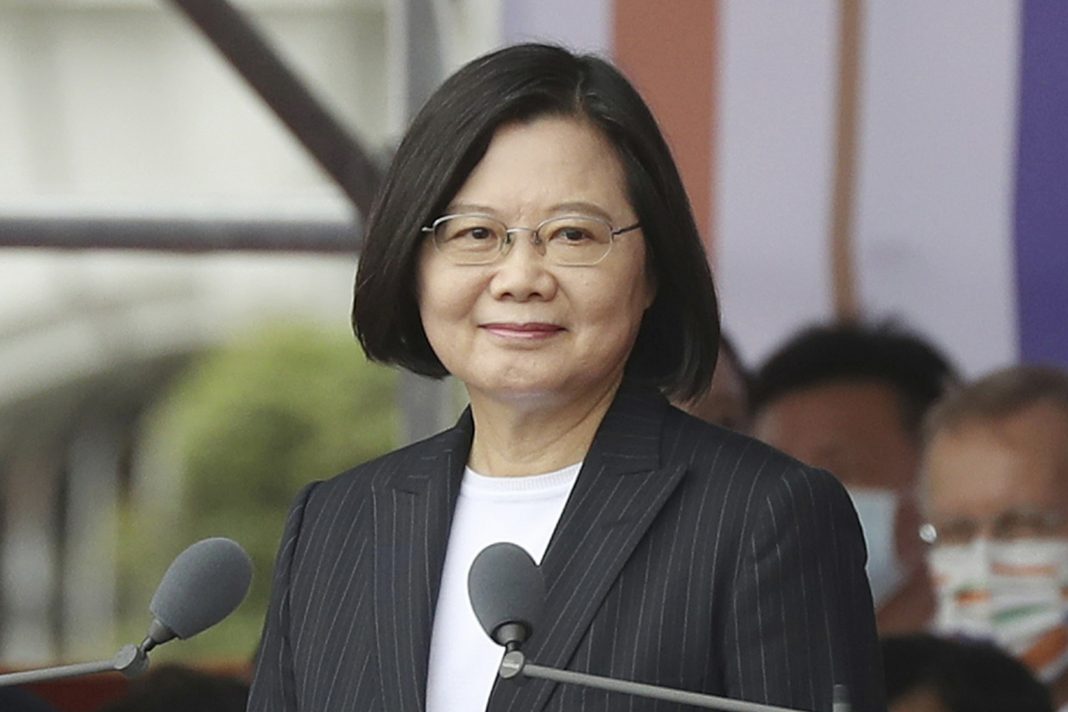 China, licking its chops, carefully watching a diminished America retreat into a corner, is ready to pounce on the island nation of Taiwan. After observing nine months of Biden’s “retreat and acquiesce to our enemies” policies, Chinese President XI Jinping is ready to make his move. Last week, just days after the Chinese People’s Liberation Army (PLA) sent 58 bombers and other aircraft on threatening sorties just off that tiny democratic island country, XI called for a “peaceful re-unification” with Taiwan. The next day, the embattled Taiwanese President Tsai Ing-wen responded weakly, that her people would not bow to Chinese pressure. But let’s be real. How long could the tiny island of 23.6 million stand up to a military powerhouse like China who has 1.4 billion souls? No contest. And throw in that the giant nation has nuclear weapons, an army and navy that rivals and may be superior to our own, and whose leaders would easily shrug off losing a million or so of its military just to incorporate Taiwan under its national flag. Taiwan is now in deep peril. To prove just that, its defense minister, a retired general, calls the situation, “The most severe in the 40 years since I’ve enlisted.” He predicts China will be able to invade within four years. He knows his marbles.

And where does our own nation, that has defended that speck of a democracy since its independence from the mainland, stand? In 1979, the U.S. Congress passed the Taiwan Relations Act which commits us to help Taiwan defend itself from attack by its mainland enemy. And we’ve done just that by a show of force in the area. Until now. We’re under the influence of a weak-kneed Biden who revealed his distaste for baring our teeth in war with a shameful, disastrous, bumbled retreat from Afghanistan where we abandoned hundreds of American citizens at the mercy of a primitive, pajama clad army. No way would he confront China. In fact, China has been doing a military espionage against us at the very top.  Senator Diane Feinstein (D-Calif) employed a Chinese spy for over 20 years as her driver and confidential office assistant, til he fled back to China, untouched by our intelligence system. He had access to her most secretive data. Congressman Eric Swalwell (D-Calif) slept with a Chinese spy for years and she was permitted to fly safely back home. Who knows what the Chinese know about our plans in the Pacific. Plenty! They play smart hardball!

Biden’s meek response to China’s immediate threats to Taiwan was a reference to his September 9th phone call to President Xi Jinping: “We agree we will abide by the Taiwan Agreement. That’s where we are.” This meaningless, verbal promise from Xi to lay off Taiwan was made a month ago and a naive Biden feels it’s binding on the Chinese. Nonsense. To show how strong our support for Taiwan is, our State Department issued a statement stating softly, “The United States is very concerned.” So are the Taiwanese, South Koreans and Israelis, all of whom have relied on the U.S. to help defend their democracies. No longer. The Biden doctrine is now, “Run away from conflict. Avoid the show of strength. Keep the peace with caving in. Pat our friends on the back, then leave them in the lurch.” And don’t forget the Biden habit of leaning over the mic, smiling and whispering through his pearly whites to his audience: “It’s all Trump’s fault.” And then to march away for his milk and cookies. Kiss Taiwan goodbye!!!