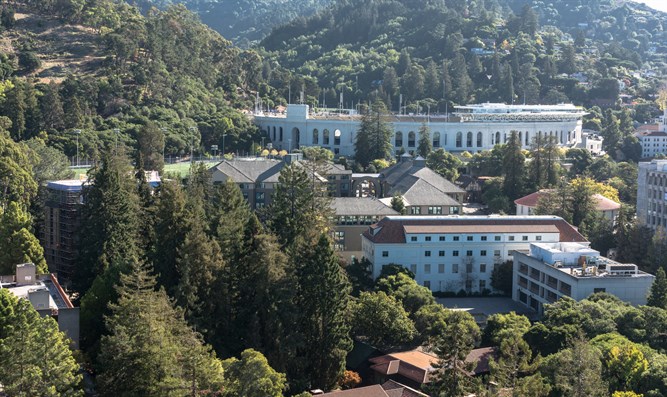 By Dan Verbin(A7) A synagogue in the Sacramento, California area was defaced on Wednesday with flyers containing pictures of Adolf Hitler.

At least six Aryan Nation flyers, which also said “Hitler was right,” were plastered on the Carmichael synagogue’s menorah and others were found on the fence that is directly behind it, KCRA3 reported.

Carmichael’s sheriff’s office said it was investigating the vandalism as a hate crime.

Police were also looking into whether the vandalism was connected to an anti-Semitic incident that occurred in the same neighbourhood in early October when at least 10 bags of white rice with swastikas and flyers from the Aryan Nation in them were dropped in front of houses.

At this point, police have not concluded that the two incidents are related.

The synagogue has been targeted several times int he last two years, said Rabbi Boris Tsiprush. Someone defaced a sign with “Death to Israel,” a trailer in the parking lot was lit on fire, and someone started a flood inside the building, ABC10 reported.

Sheriffs office spokesperson Sgt. Rod Grassman said they they are looking for a suspect who faces a charge of vandalism and intimidation with a hate crime enhancement.

Tsiprush told KRCA3 that he told his congregants not to be afraid.

“G-d loves us and we love G-d,” he said. “We would like to have peace for everybody and with everybody.”