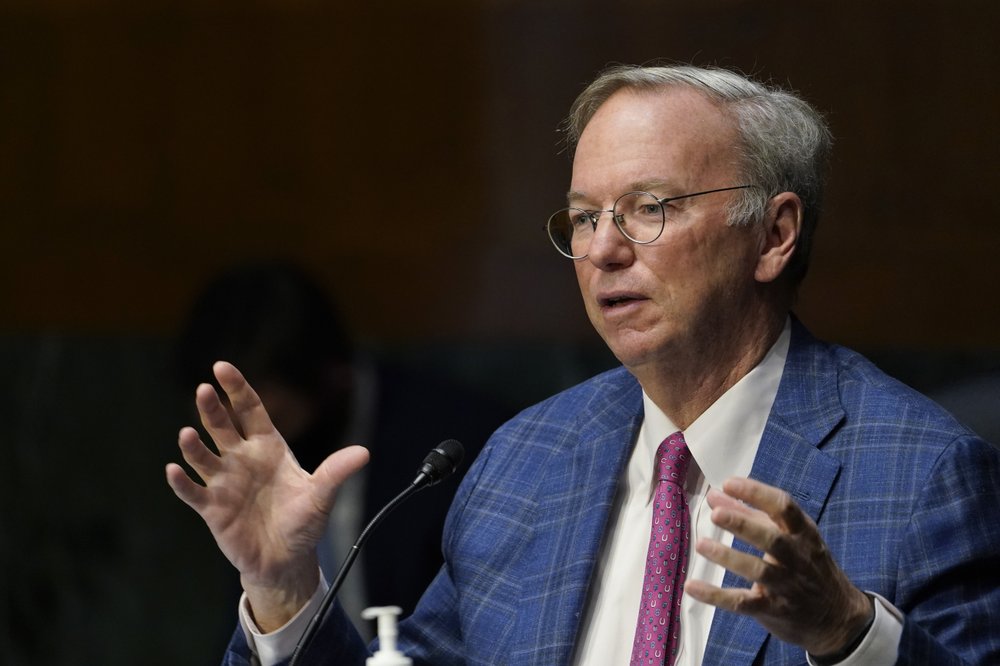 Related Cos. & Wynn Resorts Team Up to Bid for Casino License in Hudson Yards

By: Ellen Cans
Eric Schmidt, former Google CEO, has purchased a $27.5 million penthouse in NoHo.
As reported by the NY Post, the oversized four-bedroom duplex apartment has close to 6,400 square feet of indoor space, plus an extra 2,500 square feet of outdoor space from its multiple private terraces. One of the terraces boasts 1,900-square-feet of space, with a stone-and-wood roof deck, with a large hot tub, and offers sweeping 360-degree views of the New York City skyline. A second terrace offers 550-square feet of space, on a siding wall of windows. The main bedroom suite features a fireplace, a custom-fitted dressing room, and a “spa bathroom” with a soaking tub. The luxury pad, located at 25 Bond Street, also has an expansive private office with another fireplace, in addition to a guest bedroom suite. The kitchen boats a 20-foot-long wood breakfast counter, a built-in espresso machine, and a walk-in pantry.

The condo apartment was formerly owned by Michael D. Daffey, a longtime Goldman Sachs executive who made a fortune on Bitcoin, and who was instrumental in the building’s construct deal in 2005. The property was once rented out to actor Will Smith. The pad is still listed as ‘in contract’, but as per sources for the Post, Schmidt has bought the home as an investment property.

Schmidt, a tech tycoon and software engineer, served in top positions at Google and Alphabet Inc. from 2001 till 2020, when he stepped down from his post as technical advisor for Alphabet. He has an estimated net worth of about $24 billion, as per Forbes. Bloomberg’s Billionare Index ranked him as the as the 70th-richest person in the world. Of late, the 66-year-old has been on a real estate buying spree.

Earlier this year, he bought a historic manor in Los Angeles, Calif. for $61.5 million from the estate of late hotel heir William Barron Hilton. In 2020, he had purchased an 11-acre estate, with an 22,000-square-foot home, in Montecito, Calif., for $30.8 million. As per the Post, he already owned another $22 million Holmby Hills home, and another $20 million Montecito compound that he bought in 2007 from Ellen DeGeneres. In New York City, Schmidt’s real estate portfolio includes a $15 million, 6,000-square-foot penthouse in Flatiron.

In 2006, Schmidt founded The Schmidt Family Foundation, with his wife Wendy, to tackle sustainability issues as well as using natural resources responsibly. They have also headed funds to support research and technology, as well as help budding students of data sciences to pursue their educations