Get Ready for the 'No-Buy' List - The Jewish Voice 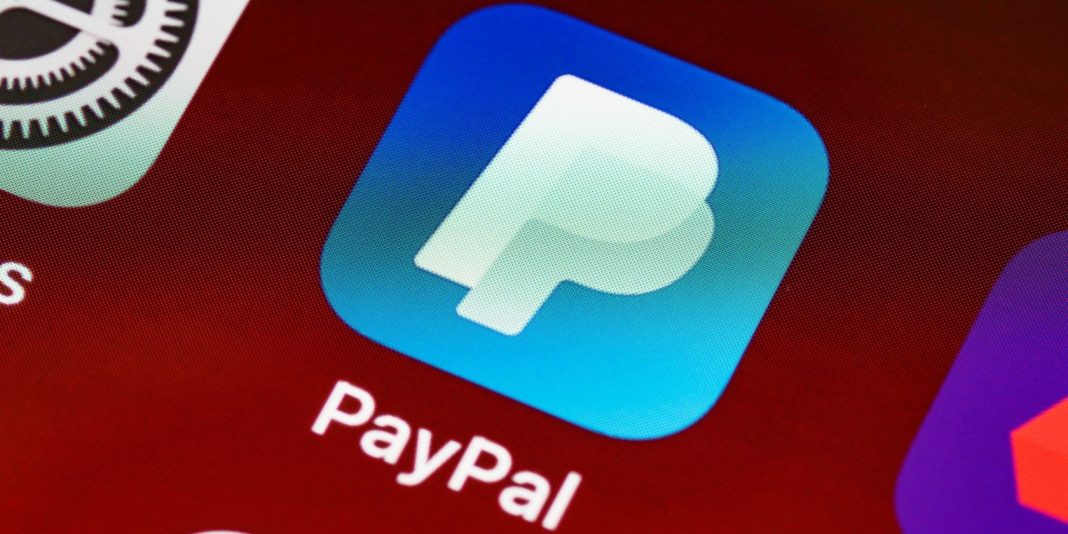 Why is Abbas afraid to accept US anti-terror plan for Judea and Samaria?

When I helped create PayPal in 1999, it was in furtherance of a revolutionary idea. No longer would ordinary people be dependent on large financial institutions to start a business.

Our democratized payment system caught fire and grew exponentially with millions of users who appreciated its ease and simplicity. Traditional banks were too slow and bureaucratic to adapt. Instead, the revolution we spawned two decades ago inspired new startups like Ally, Chime, Square, and Stripe, which have further expanded participation in the financial system.

But now PayPal is turning its back on its original mission. It is now leading the charge to restrict participation by those it deems unworthy.

First, in January, PayPal blocked a Christian crowdfunding site that raised money to bring demonstrators to Washington on January 6. Then, in February, PayPal announced that it was working with the Southern Poverty Law Center (SPLC) to ban users from the platform. This week the company announced it is partnering with the Anti-Defamation League (ADL) to investigate and shut down accounts that the ADL considers too extreme.

Why is this a problem? Isn’t it perfectly reasonable to make sure bad actors don’t fund hate through these platforms?

I’m a Jewish American who has special appreciation for the ADL’s historical role as a watchdog against antisemitism. Whether it came from the Aryan Nation or the Nation of Islam, the ADL did admirable work in combatting it. But the ADL has changed. Like the Southern Poverty Law Center, the organization has broadened its portfolio from antisemitism (or racism in the SPLC’s case) to cover what it considers to be “hate” or “extremism” in general.

The new ADL opposed the Supreme Court nomination of Brett Kavanaugh because of his “hostility to reproductive freedom.” It partnered with such beacons of philosemitism as Al Sharpton (you read that right) to boycott Facebook for allowing “hate speech on their platform.” It opposed Trump’s executive order banning Critical Race Theory in federal government training. And it called for Fox News to fire Tucker Carlson for his comments on immigration.

Whether one agrees with any of these positions is beside the point. The point is that the ADL, like the SPLC, now weighs in on issues far beyond its original purview.

Just as there is no set definition of “hate speech” that everyone agrees upon, the definition of a “hate group” is nebulous and ripe for overuse by those with an agenda. So it should come as no surprise that the ever-increasing list of suspects has grown from unquestionable hate groups, like neo-nazis and the KKK, to organizations who espouse socially conservative views, like the Family Research Council, religious liberty advocates, and even groups concerned with election integrity.

The reclassification of political opponents as hate groups has been enabled by expansive redefinitions of terms like racism, segregation and white supremacy. When “segregation” can be used in The New York Times to describe a 70% Asian school like Stuyvesant; when the notion of color-blindness is considered racist by influential intellectuals like Ibram X. Kendi; and when “white supremacy” has been used to describe any support for any policy that can result in disparate outcomes, then a broad range of organizations can be lumped in with truly vile ones. Until now, these over-categorizations were largely a case of rhetorical hyperbole in academic debates. Thanks to Big Tech, they are now being operationalized.

I have no desire to defend genuinely hateful or extremist groups. Indeed, when I was COO at PayPal, we regularly worked with law enforcement to restrict illegal activity on our platform. But we are talking about something very different here: shutting down people and organizations that express views that are entirely lawful, even if they are unpopular in Silicon Valley.

As with the censorship of speech, financial deplatforming often begins as something that seems narrow and reasonable — who wouldn’t want to ban the Oath Keepers or Proud Boys? But once the power is granted, it metastasizes into widespread use.

We have watched this unfold with online censorship. Many cheered the decision by the largest social media companies to kick President Trump and his most rabid supporters off their platforms after January 6. They cheered even louder when Apple, Google, and Amazon deplatformed Parler, the one speech platform that didn’t ban Trump. In defense of these policies, we were told that these were private business decisions made by companies that had every right under both the First Amendment and Section 230 to police speech on their platforms.

Then, a couple weeks ago, White House Press Secretary Jen Psaki casually announced that the Biden administration has been flagging and reporting posts on Facebook, YouTube, and other platforms for removal as Covid-19 “misinformation” (another term with a changing and ever-expanding definition). She even said that when one tech company removes a post, they all should do it, implying that the White House is centrally coordinating a blocklist across social media properties.

The suppression of speech by the government is blatantly unconstitutional under the First Amendment. Given that both Congress and the administration are threatening Big Tech companies with antitrust lawsuits and the repeal of Section 230’s liability protection, it’s disingenuous for Psaki and others to claim Big Tech is doing this policing entirely of their own accord. How could they object when the administration and Congress have hung the sword of Damocles over their heads?

The harm is compounded when the loss of speech rights is followed by restrictions on the ability to participate in online economic activity. Within days of the Trump-Parler cancellations, most of the finance tech stack (Stripe, Square, PayPal, Shopify, GoFundMe, and even enterprise SaaS company Okta, which wasn’t used by anyone in the events of January 6) declared they were canceling the accounts of “individuals and organizations connected to the [Capitol] riot.”

Now PayPal has gone much further, creating the economic equivalent of the No-Fly List with the ADL’s assistance. If history is any guide, other fintech companies will soon follow suit. As we saw in the case of speech restrictions, the political monoculture that prevails among employees of these companies will create pressure for all of them to act as a bloc.

When someone mistakenly lands on the No-Fly List, they can at least sue or petition the government for redress. But when your name lands on a No-Buy List created by a consortium of private fintech companies, to whom can you appeal?

As for the notion of building your own PayPal or Facebook: because of their gigantic network effects and economies of scale, there is no viable alternative when the whole industry works together to deny you access.

Kicking people off social media deprives them of the right to speak in our increasingly online world. Locking them out of the financial economy is worse: It deprives them of the right to make a living. We have seen how cancel culture can obliterate one’s ability to earn an income, but now the cancelled may find themselves without a way to pay for goods and services. Previously, cancelled employees who would never again have the opportunity to work for a Fortune 500 company at least had the option to go into business for themselves. But if they cannot purchase equipment, pay employees, or receive payment from clients and customers, that door closes on them, too.

What the woke Left doesn’t seem to realize is that the sort of economic desperation they seek to inflict on their enemies is exactly what produced Trump in the first place. In the wake of Trump’s 2016 victory, many in Washington and Silicon Valley were too busy blaming social media to consider how the policies they had supported in favor of globalization and free trade had hollowed out the industrial base that many working-class Americans depended on for good jobs. Trump channeled the anger of these desperate voters to win crucial swing states in the Rust Belt. These disaffected voters resented the cadre of managerial, media, academic, and governmental elites who acted as if they had a monopoly on truth, morality, and decency. Trump, the outrageous, uncouth billionaire with ridiculous hair, was the perfect avatar of their desire to stick it to them.

Trump is gone, but the resentments he exploited to come to power remain. And now we have this unholy alliance of tech and government coming together to ban “misinformation” and “hate,” which they — and they alone — get to define. What an ideal formula for spreading and deepening these preexisting resentments.

If we continue down this path, a far more dangerous demagogue could emerge. I implore my successors at PayPal and other Big Tech companies to stop throwing kindling on the fires of populism by locking people out of the online public square and the modern web-based economy. Silenced voices and empty stomachs are fuel for the very extremism you claim to oppose.

If you really believe our democracy barely survived a stress test these last several years, and don’t wish to subject it to another, the last thing you should do is create hordes of desperate people, denied a voice and livelihood, and primed to be rallied to a future autocrat’s cause.