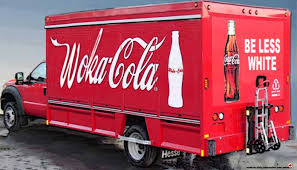 The market cap value of Coca-Cola dropped $4 billion today after Portuguese soccer star Cristiano Ronaldo removed two bottles of the soft drink’s cola from the podium at his press conference. Ronaldo held up a water bottle instead proclaiming “agua.”

Coca-Cola, one of the official sponsors of Euro Cup, replied on Tuesday with a statement that said ‘everyone is entitled to their drink preferences’ with different ‘tastes and needs.’

Video below From The Guardian