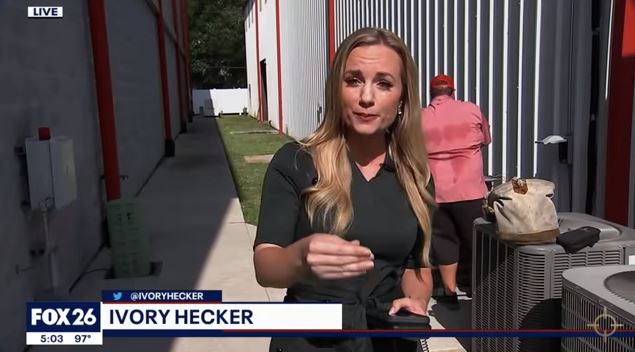 (TJVNEWS.COM) A Fox affiliate reporter revealed on live TV Monday that she’s blowing the whistle on her network for “muzzling” her on a story that concerns “you the viewer.”

“I want to let you the viewers know that Fox Corp has been muzzling me to keep certain information from you, the viewer,” said Fox 26 reporter Ivory Hecker. “And from what I’m gathering I’m not the only reporter being subjected to this.”

Hecker went on to explain that she’s obtained recordings that will reveal how Fox 26 regards its audience — and she’s handing them over to Project Veritas.

“I am going to be releasing some recordings about what goes on behind the scenes at Fox because it applies to you the viewer,” she said.

“I found a non-profit journalism group called Project Veritas who is going to help put that out TOMORROW, so tune into them.”