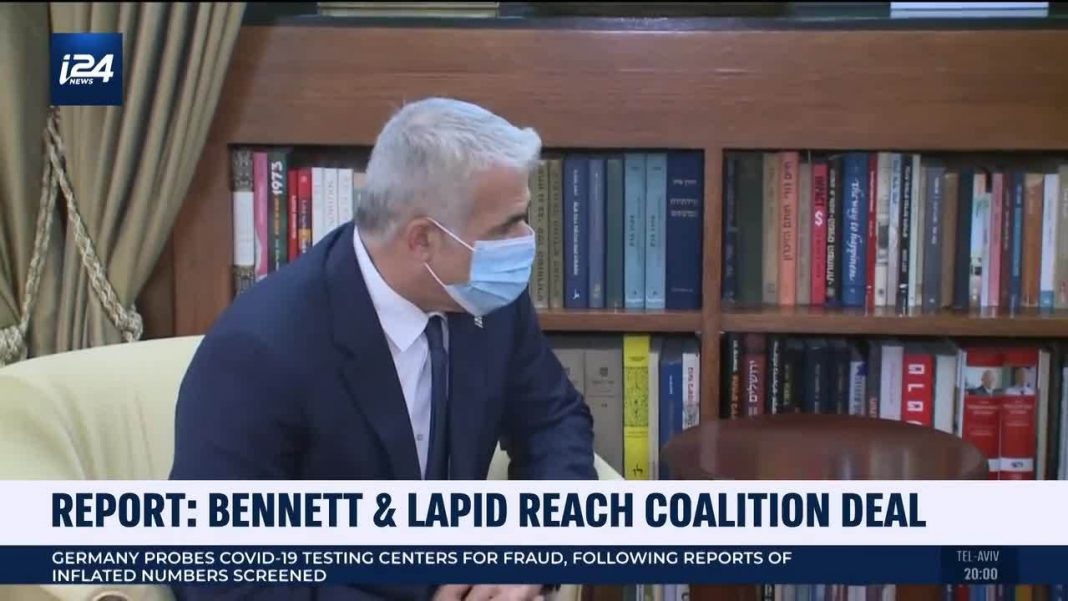 With the ending of Shabbat, Yamina chairman Naftali Bennett made a conference call with senior right-wing figures, and he is expected – barring any last-minute wild cards – to announce the formation of a government tomorrow or the following day, Ynet reported.

As political speculation reached a fever pitch, supporters of the “government of change” demonstrated in Jerusalem near the homes of Bennett and New Hope leader, Gideon Saar.

Counter protests in support of the incumbent administration also took place and the security of several politicians has been stepped up recently.

With four days remaining of Yesh Atid leader Yair Lapid’s mandate to form a government, Bennett is reportedly conducting last minute examinations of his options, and will meet with his faction tomorrow morning to update them.

Yamina’s number two figure, Ayelet Shaked, would prefer to sit with Prime Minister Benjamin Netanyahu, but since parliamentary arithmetic rules this option out, is likely to acquiesce, Ynet reported.

Two defectors from the “Change” camp to Netanyahu’s cohort, would be sufficient to reverse this math.

Channel 12 news also reported that Shaked has come round to supporting Bennett’s push to join the mixed-ideology government; which is mainly united by a shared desire to see Netanyahu removed from power.

It would be formed from the right – Yamina, Yisrael Beytenu, New Hope – the center – Yesh Atid, Blue and White – and the left – Meretz and Labor. The coalition is likely to be supported from outside by the Islamist Ra’am party, The Times of Israel reported.

The first half of the rotation government would see Bennett sitting as prime minster for two years, three months, with Lapid taking the position subsequently for the second half of the parliament.