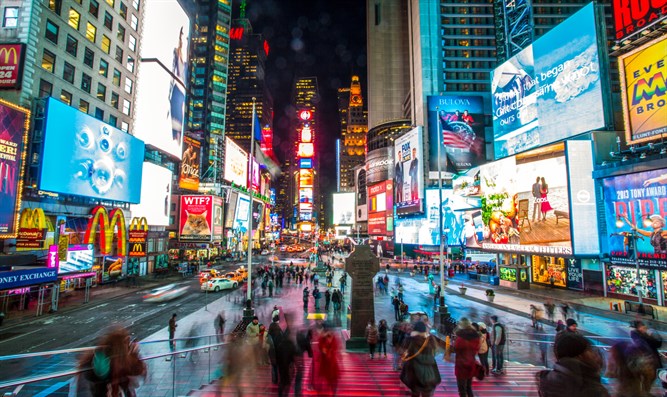 (INN) The suspect in a shooting at Times Square earlier this month that left three people injured has been charged with attempted murder, The Hill reports.

In an update shared with website, the New York Police Department (NYPD) said that 31-year-old Farrakhan Muhammad faces nearly a dozen charges in connection with the shooting.

Muhammad is accused of injuring a 4-year-old girl, a 23-year-old woman and a 44-year-old woman in the May 8 incident. Police said at the time that the victims were not the intended target.

NYPD and U.S. Marshals first announced on May 12 that Muhammad was apprehended at a McDonalds in Starke, Florida.

Chief of Detectives James Essig said in a news conference at the time Muhammad was with a woman believed to be his girlfriend, and was taken into custody without incident.

According to NBC New York, Muhammad made his initial court appearance the day after his arrest. He is currently in New York.

Muhammad’s girlfriend, Kristine Vergara, was also arrested and accused of helping harbor a fugitive. NBC New York reported that she admitted in court that Muhammad was evading police.

Share
Facebook
Twitter
Pinterest
WhatsApp
Previous articleSpeculation rife that new ‘government of change’ could be announced as early as Sunday
Next articlePro-Palestine rally in Washington, DC calls for an end to US aid to Israel