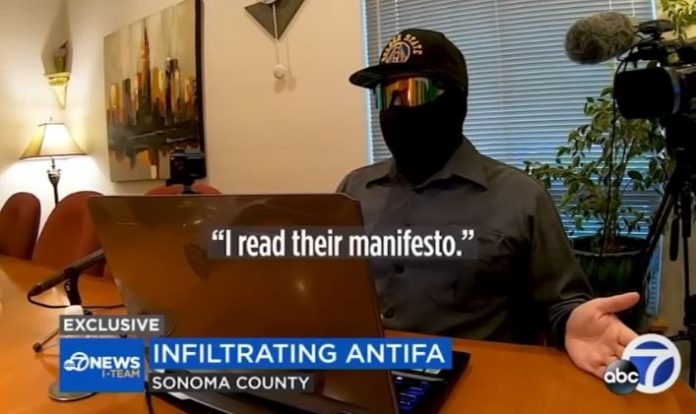 Dan Noyes, the chief investigative reporter for the ABC7 News I-Team in San Francisco, ran a story on a local ABC affiliate in California, about a  Trump supporter in Northern California who infiltrated the local violent Antifa movement, a highly organized terrorist organization, referred to by many elected Democrats as “an idea”.

The infiltrator was able to record phone messages and capture text messages where the members spoke openly about killing police and targeting local Republicans. While the National press is silent about ANTIFA and the White House is fascinated with fringe elements on the right and prosecuting thousands of people who went to the January 6th protest, without even partaking in the capitol “seize”; very little is being reported about ANTIFA left-wing insurrectionists, and apparently, authorities are not pursing them at the same pace as they are going after conservatives if any action at all.   This report coming from a mainstream news source is a rarity.

Where is FBI director Chris Wray?