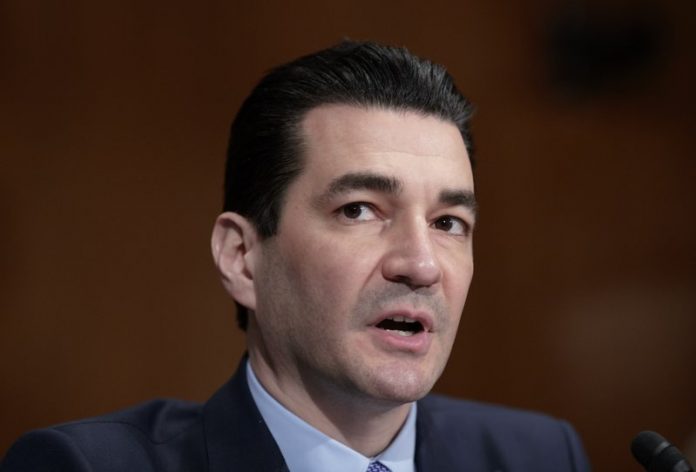 New York’s own variant of the COVID-19 virus may be a threat to residents who think themselves immune.

The former head of the Food and Drug Administration said on Sunday that the variant known as B.1.526, could infect New Yorkers who were vaccinated or who were already infected and have antibodies.  Dr. Scott Gottlieb said it is still not clear if the COVID-19 variant is the driving factor for the upticks currently being seen in Brooklyn, Queens and Staten Island.  “What we don’t understand with 1.526 is whether or not people are being reinfected with it and whether or not people who might have been vaccinated are now getting infected with it,” Gottlieb said on CBS’s ‘Face the Nation’.  The former Trump administration official added that the New York variant contains a mutation which “in certain cases” can reinfect people who have previously been infected.  “The question is whether [B.1.526] is responsible for some of the increases that we’re seeing in New York right now and whether this is the beginning of a new outbreak inside the city,” Gottlieb added.

As reported by the NY Post, over half of New York City’s new coronavirus cases have been from COVID-19 variants including B.1.526, city health officials said earlier in March. Gottlieb said that while experts don’t have sufficient data to draw any conclusions yet, the reinfections are “probably more prevalent than what we’re detecting.”  He said the CDC should work with NY officials to detect potential coronavirus reinfections tied to B.1.526.  “They need to be aggressively marketing to doctors, asking doctors to come forward and report cases when they’re seeing situations, where people were previously infected with COVID, may be getting reinfected,” he said.  “We don’t know that’s happening, but anecdotally, some doctors are reporting that now, and that could potentially explain why you’re seeing an upsurge in cases.”

Gottlieb conceded that the federal government’s efforts to vaccinate residents should help as a “backstop” against another wave of COVID-19 cases, but he cautioned that NY reopening efforts could at the same time lead to an “uptick” in cases.

“We’ve sort of taken our foot off the brake a little too early. March was always going to be a difficult month. People want to lean forward, but we really should have waited ’til April,” Gottlieb said.  “The fact that we’ve done that now probably means that we’re probably going to plateau, maybe we’ll see an uptick in certain parts of the country.”