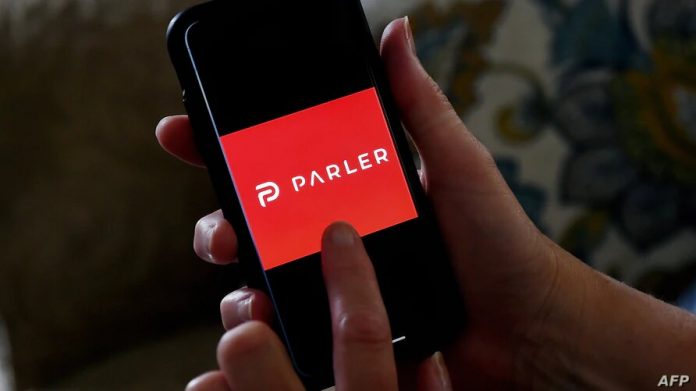 (TJVNEWS/NEWSMAX) Parler CEO John Matze Monday denied his social media platform had anything to do with the violence at the Capitol and said his site is examining alternatives after Amazon Web Services’ decision to suspend the platform from its cloud hosting service, causing the site to go offline early Monday morning.

Reuters also reported, in a complaint filed with the U.S. District Court in Seattle, Parler said Amazon’s decision to effectively shutter its account was “apparently motivated by political animus” and “apparently designed to reduce competition in the microblogging services market to the benefit of Twitter.”

“I never thought we would be in a country where things like this would happen, with coordinated companies canceling you, what you are doing,” Matze told Fox Business’ Maria Bartiromo on “Mornings With Maria.” “Essentially, the site is down. It’s just a black hole. It’s pretty horrible.”

Amazon Web Services said Parler failed its terms of services by failing to effectively deal with a steady increase in violent content. The move came after Apple and Google removed the site from its app offerings. In addition, Matze said the company had backups to host the platform, but they “all ended up dropping us last night,” he said.

“Woke up Friday, everything was fine; now today, there is nothing left,” said Matze.

“We may even have to go as far as buying and building our own data centers, buying up our servers if we need to, to get back on the internet,” he said. “We are going to figure this out. It is going to be devastating to our business model to raise future capital at least with the plans we had before. This is really, really devastating, what they did.”

Matze added that there has been “no credible piece of evidence” that the type of content being shared on Parler doesn’t exist on other platforms, or that Parler had anything to do with inciting the Capitol Hill violence.

“We have no mechanism to meet up or organize some kind of event like that on Parler,” he said. “That is not really you know something that Parler could have been used for … we advertised free speech in the United States is allowed in this country,” Matze said. “We never promoted that kind of violence or anything like that. We have a lot of things in place to stop it.”

He further accused the other tech giants of using the shock about the violence in Washington to stop competition from his company as one of the first “real tangible competitors.”v