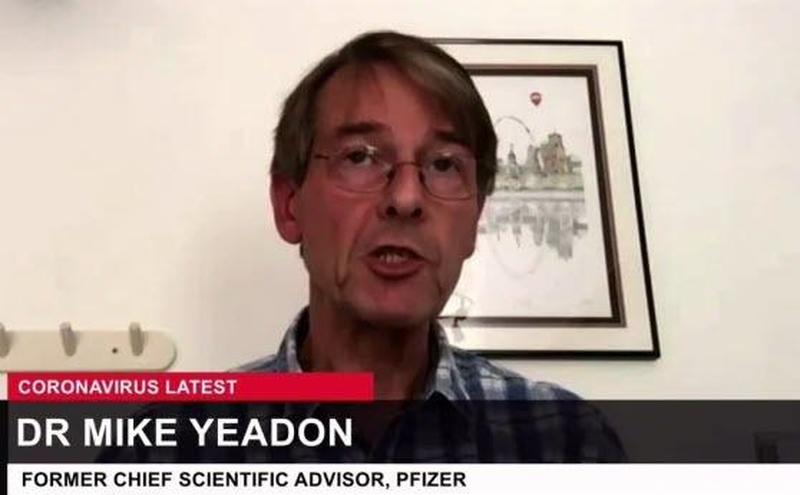 President Biden To End COVID-19 Emergencies On May 11

(TJV NEWS)In a video that was banned within 2 hours on YouTube(watch it at the end of this article)  Dr. Michael Yeadon,  an Allergy & Respiratory Therapeutic Area expert with 23 years in the pharmaceutical industry, including the Chief Science Officer claims: that half or even “almost all” of tests for COVID are false positives.

Dr.Yeardon is not a conspiracy theorist with a social media account. Zero Hedge summarized his resume:

Dr. Michael Yeadon is an Allergy & Respiratory Therapeutic Area expert with 23 years in the pharmaceutical industry. He trained as a biochemist and pharmacologist, obtaining his PhD from the University of Surrey (UK) in 1988.

Dr. Yeadon then worked at the Wellcome Research Labs with Salvador Moncada with a research focus on airway hyper-responsiveness and effects of pollutants including ozone and working in drug discovery of 5-LO, COX, PAF, NO and lung inflammation. With colleagues, he was the first to detect exhaled NO in animals and later to induce NOS in lung via allergic triggers.

Joining Pfizer in 1995, he was responsible for the growth and portfolio delivery of the Allergy & Respiratory pipeline within the company. He was responsible for target selection and the progress into humans of new molecules, leading teams of up to 200 staff across all disciplines and won an Achievement Award for productivity in 2008.

Under his leadership, the research unit invented oral and inhaled NCEs which delivered multiple positive clinical proofs of concept in asthma, allergic rhinitis and COPD. He led productive collaborations such as with Rigel Pharmaceuticals (SYK inhibitors) and was involved in the licensing of Spiriva and acquisition of the Meridica (inhaler device) company.

Dr. Yeadon has published over 40 original research articles and now consults and partners with a number of biotechnology companies. Before working with Apellis, Dr. Yeadon was VP and Chief Scientific Officer (Allergy & Respiratory Research) with Pfizer.

Silicon valley’s tech giants do not want people to listen to a credible medical expert. Why?

Yeadon said in the interview:

“Were it not for the test data that you get from the TV all the time, you would rightly conclude that the pandemic was over, as nothing much has happened. Of course people go to the hospital, moving into the autumn flu season…but there is no science to suggest a second wave should happen.”

In a paper published this month, which was co-authored by Yeadon and two of his colleagues, “How Likely is a Second Wave?”(LINK), he made some interesting claims

Dr. Yeadon pointed out that the “novel” COVID-19 contagion is novel only in the sense that it is a new type of coronavirus. But, he said, there are presently four strains that circulate freely throughout the population, most often linked to the common cold.

“There are at least four well characterised family members (229E, NL63, OC43 and HKU1) which are endemic and cause some of the common colds we experience, especially in winter. They all have striking sequence similarity to the new coronavirus.”

The scientists argue that much of the population already has, if not antibodies to COVID, some level of “T-cell” immunity from exposure to other related coronaviruses, which have been circulating long before COVID-19.

“A major component our immune systems is the group of white blood cells called T-cells whose job it is to memorise a short piece of whatever virus we were infected with so the right cell types can multiply rapidly and protect us if we get a related infection. Responses to COVID-19 have been shown in dozens of blood samples taken from donors before the new virus arrived.”

Introducing the idea that some prior immunity to COVID-19 already existed, the authors of “How Likely is a Second Wave?” write:

“It is now established that at least 30% of our population already had immunological recognition of this new virus, before it even arrived…COVID-19 is new, but coronaviruses are not.”