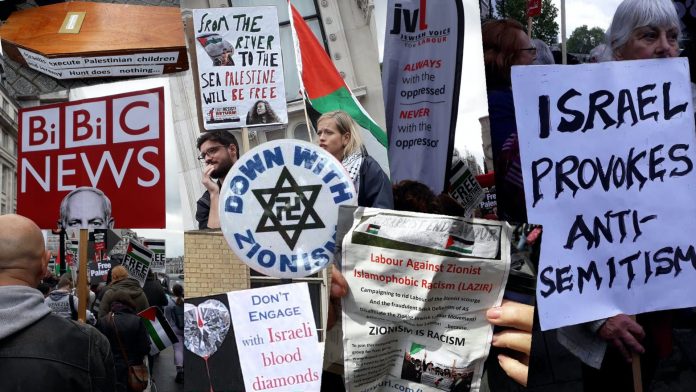 A few days ago Mia Werner, a Jewish student at the University of Portland, Oregon, described being the victim of an antisemitic incident on her Middle East politics course. You can read her account here.

The incident occurred when her professor brought in an Iranian dissident as a visiting speaker. Werner writes:

When he spoke to us, what ensued was three long hours of egregious prejudice. He espoused support for recognised terrorist groups, like Hamas and the Houthis. He called all American soldiers cowards. He went on a long-winded tirade about how Iran could and should blow Israel off the face of the earth. Then he explained how no one in that region was antisemitic. He looked me in the eye and told me that I could go anywhere I wanted to in the Middle East and I wouldn’t be murdered for being a woman nor for being Jewish (lucky me). They would only kill me if I said I supported the existence of Israel, if I admitted to being a Zionist.

Throughout the entire three hours, my professor never said a word. She sat a few chairs down from me, silently watching as this man spewed absurd and harmful erasure of the persecution of the Jewish people.

The indivisible relationship between antisemitism and anti-Zionism is little understood, even among those who have a reasonably benign view of Israel.

Last year, I took part in an Intelligence Squared debate in London in which I proposed the motion “Anti-Zionism is antisemitism”. My seconder was the Israeli former member of Knesset, Einat Wilf, and we were opposed by the expatriate Israeli anti-Zionist, Ilan Pappé, and the journalist, Mehdi Hasan.

Few properly understood why Einat and I took part in this debate. We most certainly didn’t expect to win it; the vote taken at the beginning confirmed our expectations that much of the audience was profoundly hostile to Israel, and past experience told us that by and large this wouldn’t shift.

But our intended audience was not in the hall that evening. We took part instead for one reason only. This was to place on public record factual evidence and an argument which few would ever hear, given the general refusal of the media and cultural establishment to provide a platform where this could be aired. This was one very rare such opportunity, and so that is why we took it — and walked, as fully anticipated, straight into the guns.

Here is the full debate: