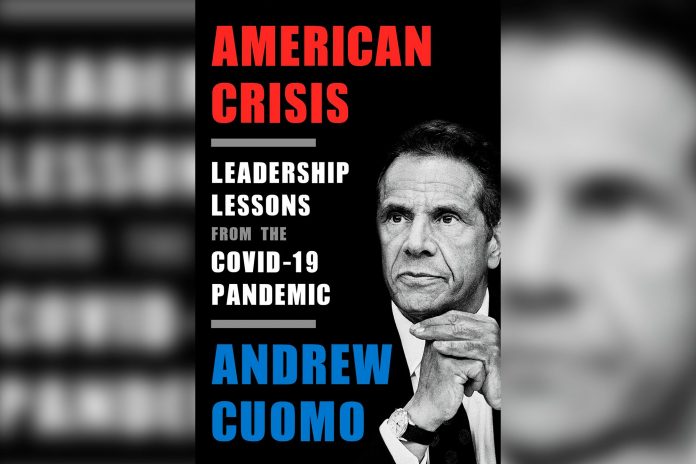 By Benyamin Davidsons
Dozens of protesters who lost beloved family members in nursing homes due to Covid-19, assembled in front of the Cobble Hill Health Center demanding an apology from Governor Andrew Cuomo. As props, they wheeled in a silver casket at the front of the Brooklyn nursing home, dumping into it 6,500 copies of the cover of Cuomo’s new book, which came out on Oct 13.

The protest, which took place on Sunday, griped about the governor’s COVID-19 policies, and in particular about Cuomo’s March 25 mandate which forced nursing homes to accept coronavirus-positive patients from hospitals.

As reported by the NY Post, the casket included 6500 copies of the cover of Cuomo’s new book entitled “American Crisis” – corresponding to the 6,500 people who died due to the coronavirus in nursing homes in NYS. The demonstrators said they believe the number of casualties is actually much higher than that. “My mother-in-law got COVID in an elder-care facility but died in a hospital, [so] her number does not count’’ said Janice Dean, a meteorologist who was among the roughly 50 protesters. “At the
very beginning, I wouldn’t have blamed anyone,’’ she said. “But then I saw the governor on CNN and the various talk shows talking about his love life and talking about how he brought the curve down to nothing.” She said he should have rather started with an apology.

Cuomo did acknowledge at a COVID-19 press briefing on Sunday that in hindsight, his administration could have done a better job. “But can anyone say that a virus that targets the weak and the seniors,[that] we can keep them safe? Nobody can say that,’’ he said. Cuomo maintains that the early spread of COVID-19 in nursing homes stemmed from asymptomatic workers and visitors who entered the facilities. He said that nursing homes would have needed to be in “a hermetically sealed bubble’’ to avoid the effects of the pandemic. The governor added that New York has “the most aggressive nursing-
home’’ policy to stop the spread in the U.S., including mandated weekly COVID testing of every worker.

However, Brooklyn protest organizer Peter Arbeeny said that Cuomo still “hasn’t given us an independent investigation [into the alleged nursing-home tragedy] so we can get to the truth”. “And if somebody made a mistake — and with all that was going on, it was a crazy time — we would forgive,” added Arbeeny, whose 89-year-old Korean War veteran father was among the at least 56 people to die from COVID-19 at the Brooklyn nursing home.