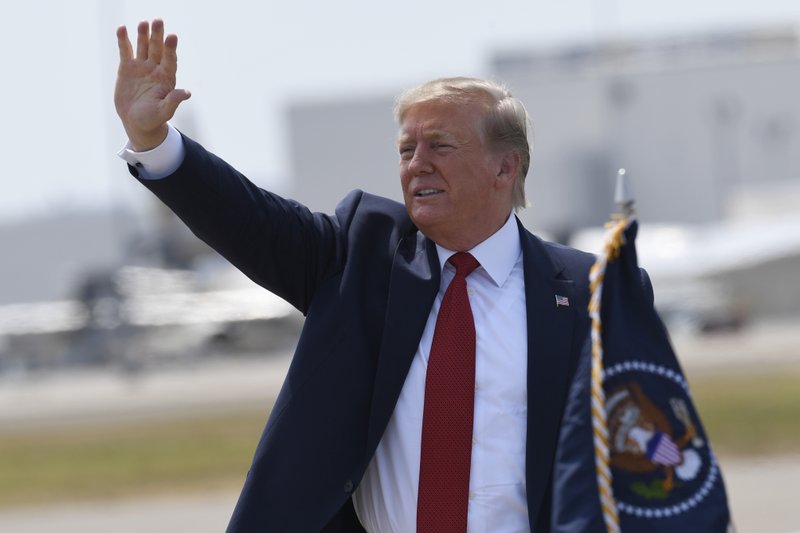 On that spring day in 2015, when businessman and real estate titan Donald Trump came down the escalator with wife Melania at his eponymously named tower in midtown Manhattan and announced his candidacy for the presidency of the United States, very few believed that this man with no experience in politics could ever deliver on his promises of creating millions of jobs, spurring our struggling economy or building a wall on our southern border, among many other things.

Despite the odds being stacked against him throughout the 2016 presidential race and the bevy of pundits writing him off as a publicity seeking entrepreneur with a nefarious agenda, President Trump not only managed to boldly defy the odds and become our nation’s 45th president, but has proven that he has it within his ability to fulfill his campaign slogan of “Make America Great Again.”

For the last four years, President Trump has been the whipping boy of the left-liberal fake news media and their cohorts in the Democratic party. From the get-go, egregious lies and gross distortions were disseminated about the president, with many historians commenting on the fact that no other president in modern history has been treated with such palpable animus as he.

Yes, President Trump promised the American people that he would drain the swamp; that he would aggressively weed out political graft and corruption at its core and would restore a sense of accountability to American politics. This is precisely why the high command at the Democratic party along with their lackeys in the media have chosen to take directives from the circumspect characters in the “Deep State” in order to derail Trump and ultimately oust him from office.

Nonetheless, President Trump vigilantly forged ahead with the steadfast objective of fulfilling the promises he made to the American people and that is exactly what he has accomplished.

For the Jewish people in particular, it is beyond noteworthy to mention that no other president in the history of this nation has done more to support and protect us both in the United States and in Israel.

Let’s not forget that every previous administration dating back to Bill Clinton has promised that the United States would move their embassy from Tel Aviv to Jerusalem, the eternal capital of the Jewish people. Not only did President Trump do it, but he accomplished it despite the fact that world leaders were ballistic over this move and importuned him not to go ahead with this purportedly controversial gesture of solidarity with our cherished ally, Israel. So, Trump not only swam against the tide on this, but also granted complete Israeli sovereignty on the Golan Heights, as he faced intense political backlash in the process.

For all intents and purposes, Israel does not enjoy bi-partisan support in Congress anymore. Those halcyon days have morphed into an anachronism of sorts, with a hostile Democratic party replacing it. Such new age socialists and rabid Jew haters as Rep. Ilhan Omar, Rep. Rashida Tlaib and Rep. Alexandria Ocasio-Cortez have now radically transformed the party, while other senior members of Congress such as House Speaker Nancy Pelosi are not only giving their imprimatur to the vehemently anti-Israel agenda of the aforementioned members of the squad but are actively supporting them with every ounce of her energy.

The recent historic peace accord between Israel, the UAE, Bahrain and the détente between the Jewish state and Saudi Arabia was laboriously carved out by the tireless work of the Trump administration’s chief Middle East negotiators and brilliant strategists who have a firm grasp of the geo-political climate in that neighborhood of the world. Trump’s stated desire when he ran for president in 2016 was to bring about a long standing and enduring peace in the region and he has done just that with the indispensable help from senior advisor Jared Kushner and his assistant Avi Berkowitz.

Yes, it is true that Trump has accomplished what no other president could do in terms of creating peace between Israel and her Arab neighbors but that is exactly what Trump did and that is also why the media chose to not shine the spotlight on him as a genuine and innovative peace maker. Hopefully, the Nobel prize committee will stand up, take notice and acknowledge the international nominations that having been proffered for the president to be considered as the recipient of this august prize.

On yet another note, let’s not forget that President Trump chose to grant clemency to Shalom Rubashkin, an Orthodox Jewish man, who received an outrageously harsh prison sentence for a minor legal infraction. As a prominent member of his Orthodox Jewish community in Brooklyn, Rubashkin was sentenced to almost 30 years in jail because of the ruling of a blatantly anti-Semitic judge. President Trump made it his business to look into this case and with the stroke of a pen, took it upon himself to rectify this travesty of justice.

And let’s also not forget the scourge of anti-Semitism that has tragically become an endemic part of our existence as a people. It was President Trump who not only acknowledged the dramatic uptick in Jew hated but actually took intrepid measures to substantively address it.

On paramount issues that affect all Americans, let’s pay particular attention to what Trump has accomplished in these last four years.

As to the unprecedented economic growth that this country has seen until the onslaught of the China virus served to derail it, it would be wise to review what President Trump has done and what he continues to do on a daily basis to revitalize and breathe fresh life into our economy.

Since the day he took office in January of 2017, Trump has created almost 4 million jobs with more Americans now employed than ever recorded before in our history. The president has created more than 400,000 manufacturing jobs and these jobs are growing at the fastest rate in more than three decades.

Prior to the emergence of the China virus, new unemployment claims recently hit a 49-year low and median household income had hit the highest level ever recorded.

President Trump also signed the biggest package of tax cuts and reforms in history. After tax cuts, over $300 billion poured back in to the U.S. in the first quarter alone. As a result of his tax bill, small businesses have the lowest top marginal tax rate in more than 80 years.

Other accomplishments of President Trump include:

The time for action is now! The time to make your voice count in the most consequential election of our lifetimes! The time is now to vote to save our country from socialist tyranny!

Vote for freedom! Vote for justice! Vote for democracy and individual liberties! Vote for the only candidate who has proven that he can lead this country into a new era with strength, dignity and respect for the values that we hold so dear!!