President Donald Trump’s reelection campaign released a “Platinum Plan” that outlines promises he is making to black Americans over the next 4 years, if he remains the U.S. president.

As The Epoch Times’ Mimi Nguyen Ly details below, the plan seeks to uplift black communities through, in part, an investment of about $500 billion.

“After years of neglect by Democrat politicians, black Americans have finally found a true advocate in President Trump, who is working tirelessly to deliver greater opportunity, security, prosperity, and fairness to their communities.

“While Joe Biden takes black voters for granted—and even questions their blackness if they dare to support conservative ideals—President Trump is working hard to earn the black vote through his Platinum Plan.”

The “Platinum Plan”  is based on four core values – opportunity, security, prosperity, and fairness.
The plan seeks to add some 3 million new jobs for the black community, create 500,000 new black-owned businesses, and increase access to capital in black communities by almost $500 billion.

The president also seeks to further criminal justice reform, with his plan saying that he will “commit to working on a Second Step Act.” He will also work towards “safe urban neighborhoods with highest policing standards,” the plan states.

Other aspects of the plan includes making Juneteenth a National Holiday, prosecuting the KKK, designating Antifa a terrorist organization, and making lynching a national hate crime.

Trump’s move to designate Antifa as a terrorist organization came after FBI Director Christopher Wray told Congress that those who engaged in recent violent protests are targets of serious FBI investigations.

“We have seen Antifa adherence coalescing and working together in what I would describe as small groups and nodes,” Wray has said. Wray added that the bureau is conducting multiple investigations “into some anarchist violent extremists, some of whom operate through these nodes.”

Before that, Attorney General William Barr in August said Antifa is a “revolutionary group” that is bent on establishing communism or socialism in the United States.

“They are a revolutionary group that is interested in some form of socialism, communism. They’re essentially Bolsheviks. Their tactics are fascistic,” Barr said in an interview with Fox News on Aug. 9. 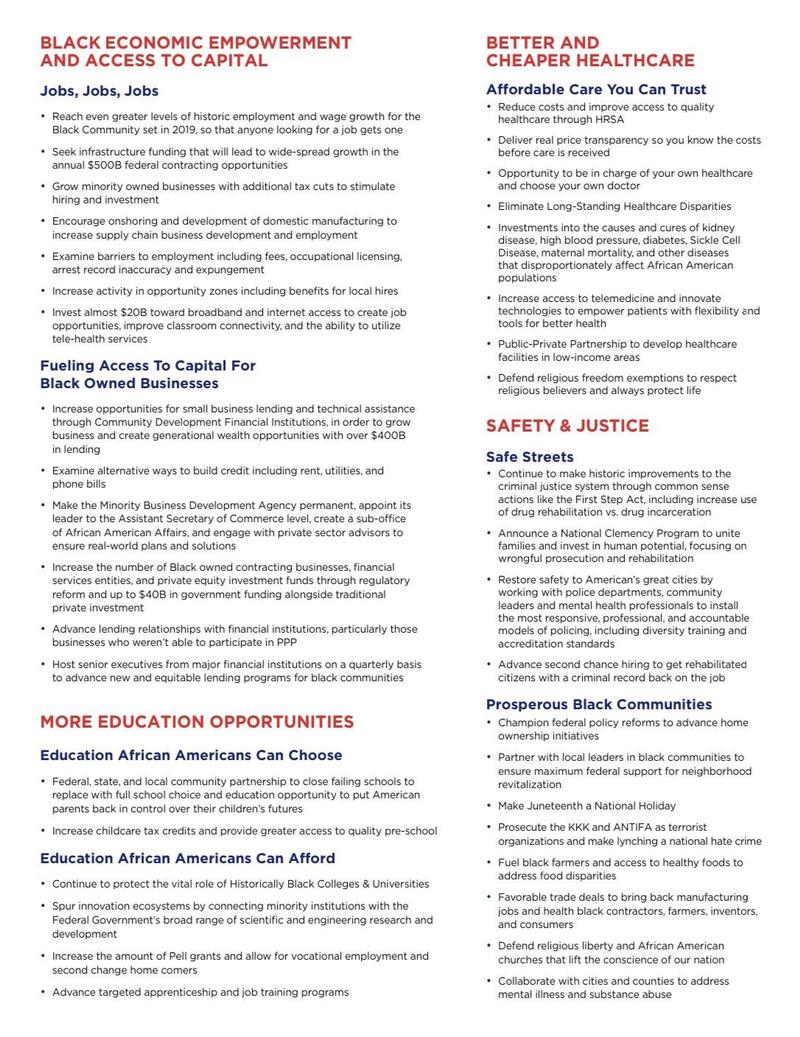