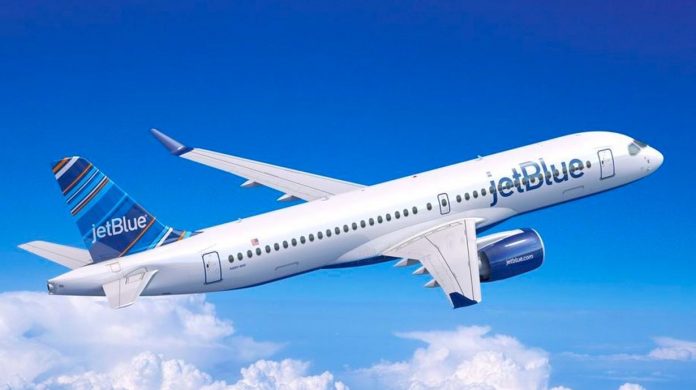 JetBlue Airways President Joanna Geraghty says research by Harvard has shown that the combination of wearing a mask and the use of high efficiency particulate air filters leaves a “less than 1% risk of transmitting COVID in an aircraft.”

Geraghty made the revelation last week during the Skift Global Forum, an online conference dedicated to the travel industry and its attempted recovery from the outbreak of the novel coronavirus, Bloomberg reported.

On its website, Harvard’s T.H. Chan School of Public Health only states in a Sept. 2 release that it is conducting research into transmission methods of the novel coronavirus on airplanes and mitigation measures.

Also last week, the Centers for Disease Control and Prevention released a statement that it could not confirm a single case of virus transmission on a plane.

The CDC investigated 1,600 incidences of people who flew on a commercial airliner while possibly contagious, resulting in 11,000 others who were potentially exposed.

And, it said, while some of those subsequently exposed fell ill, it could not pinpoint to the air travel as the source. The CDC also said, however, that it does not mean transmission did not occur.

“An absence of cases identified or reported is not evidence that there were no cases,” according to spokeswoman Caitlin Shockey of the CDC’s Division of Global Migration and Quarantine.

“CDC is not able to definitively determine that potential cases were associated with exposure in the air cabin or through air travel given the numerous opportunities for potential exposure associated with the entire travel journey and widespread global distribution of the virus.”