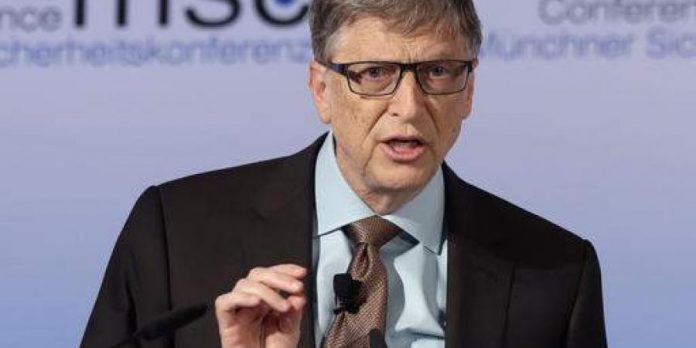 The National File pointed out a little seen interview from FT of Bill Gates. He made some startling remarks. You can interpret them as you wish.

It is important to note Gates is one of the most questioned &  criticized individual in  the skeptics world. Gates Foundation and anything Gates discriminates on social media is met with skeptics and “conspiracy theorists” critiques.   There is intense mistrust of the computer software guru, philanthropist and vaccination expert.

In recent years his name has risen to the top in regards to medical research funding thru The Gates Foundation.

Media outlets rarely mention the cacophony of criticism, mistrust, accusations and deep negative sentiment  from the general public Gates receives upon mention.  Towards the start of the coronavirus pandemic , Gates stepped down from the Microsoft Board of Directors.

This interview is bound to raise more eyebrows.

“[The economy] won’t to go to zero, but it will shrink,” said Gates. “Global GDP is going to take, you know, probably the biggest hit ever. Maybe the depression was worst, or 1873, I don’t know, but in my lifetime this will be the greatest economic hit.”

“But you don’t have a choice. People act like you have a choice, people don’t feel like going to the stadium when they might get infected. It’s not the government who’s saying, ‘Okay, just ignore this disease and you know,’ people are deeply affected by seeing these deaths, by knowing they could be part of the transmission chain,” Gates continued.

Here is the part that will raise the most speculation:

“But, for the world at large, normalcy only returns when we’ve largely vaccinated the entire global population,” said Gates. “Trying to achieve that ambitious goal, which has never been done, for the vaccine, that rises to the top of the list.”

Former FDA Commissioner: Six Foot Social Distancing Rule Was ‘Arbitrary … Nobody Knows Where It Came From