Pence Blasts Sanders at AIPAC: He’ll Be The ‘Most Anti-Israel President in History’ - The Jewish Voice

Pence Blasts Sanders at AIPAC: He’ll Be The ‘Most Anti-Israel President in History’ 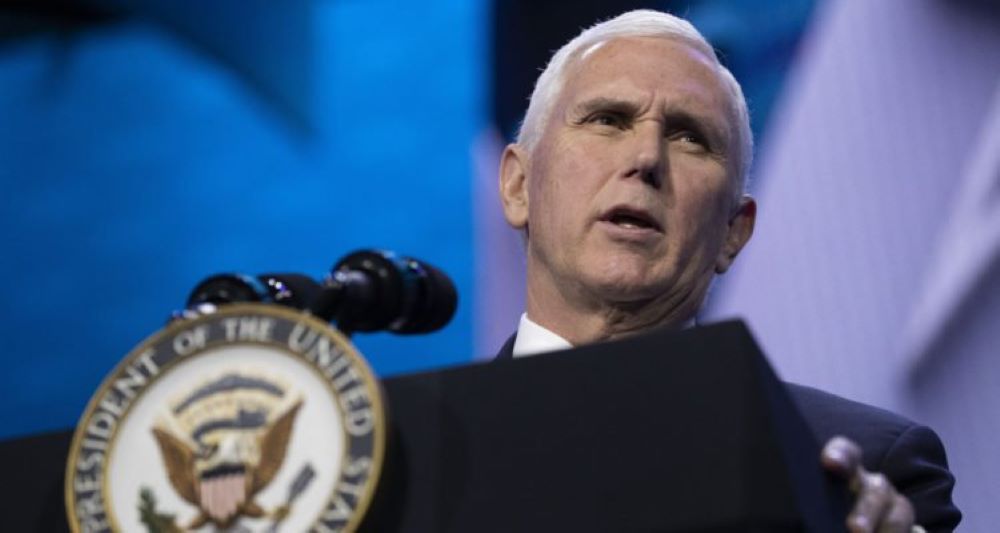 Pence, who addressed the crowd moments after Democratic candidate Mike Bloomberg blasted Sanders for his anti-AIPAC agenda, did much the same.

“One of the leading candidates openly and repeatedly attacks Israel as a racist state,” Pence said.

“Even more troubling, when Bernie Sanders smeared Israel at last week’s debate, not a single candidate on that stage stood up to challenge him. But I’ll promise you we will always call out those who try to cloak their animus toward Israel inside a phony mantle of friendship.”

Sanders has been on the defense over his stance on Israeli and Palestinian relations. As of late, he’s been backing down on his criticism of Israel, even detailing his time at a kibbutz in the Jewish state to mainstream media outlets. He has defended himself, claiming he is not anti-Israel.

Sanders recently accused Prime Minister Benjamin Netanyahu of being a “reactionary racist” and has called Israel’s government “racist” in the past.

He said recently that he would consider moving the U.S. embassy back to Tel Aviv. President Donald Trump moved the Embassy to Jerusalem in May 2018.

Pence later shifted his focus to Israel’s greatest threat, which is the Iranian regime.

“The United States has implemented a maximum-pressure campaign to change Iran’s malign behavior and hold the regime accountable for its destructive actions,” Pence said.

“The Iranian people are protesting against the regime. The Iranian economy is reeling under unprecedented U.S. sanctions. And now Iran must choose between caring for its people and continuing to fund its proxies.”

Pence made sure to tout the president’s accomplishments when it comes to America’s alliance with Israel. At the same time, he said Sanders, despite being Jewish, would be a president who doesn’t side with Israel.